Why Everyone You Know Is Playing 'Animal Crossing' Right Now

Odds are if you've been stuck at home refreshing your feed constantly for the past two weeks you may have noticed that everyone is playing the latest installment of Animal Crossing; sharing friend codes, posting pictures of them holding a whale shark, fawning over how cute or relatable the latest anthropomorphic creature that moved into their town is, generating pixel art versions popular albums, complaining about how they can't find any iron nuggets or even debating about whether or not someone named Tom Nook is "daddy?"

Related | Charli XCX Is Queen of the Gamers Now

For the uninitiated, or even those with only a passing familiarity with the game, you might be finding yourself confused by all the hype and maybe a little overwhelmed by the sheer volume of references, memes and fan art flooding Twitter and Instagram at the moment. To an outside eye, the game might initially come across as kiddish and strangely mundane with seemingly no plot or main objective to the game aside from running around and shaking tree. Some might even find themselves too afraid to even ask for fear of looking clueless in front of their friends or followers.

So in the inclusive spirit of the game — and as someone who's been grinding away at paying off his home loan all week — here's a brief crash course on what Animal Crossing is, why everyone is so obsessed with it and whether or not you should give it a shot.

What is "Animal Crossing?" 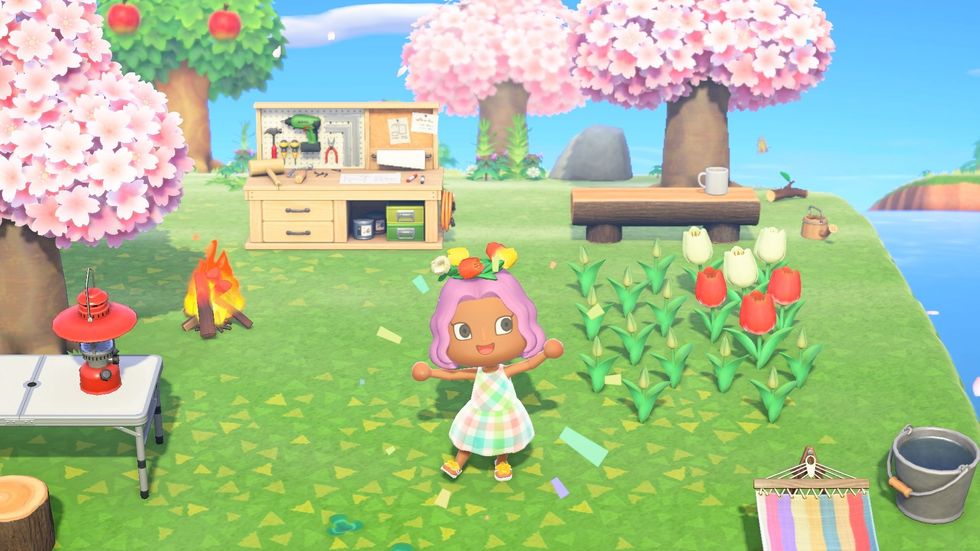 Animal Crossing is a game made by Nintendo that was first introduced in 2001 for the Gamecube. Similar to The Sims or Neopets, Animal Crossing is a social simulation type of game that revolves around exploring, collecting resources, making friends and maintaining an idyllic virtual village as its appointed mayor/ leader as you live in harmony with its rotating cast of cute anthropomorphic residents.

While it hasn't been one of Nintendo's most popular franchises like Mario, Zelda or Pokemon, Animal Crossing has maintained a steady, dedicated cult-following since its initial release and a new installment has been released with practically each new console made by the company.

How do you play it? 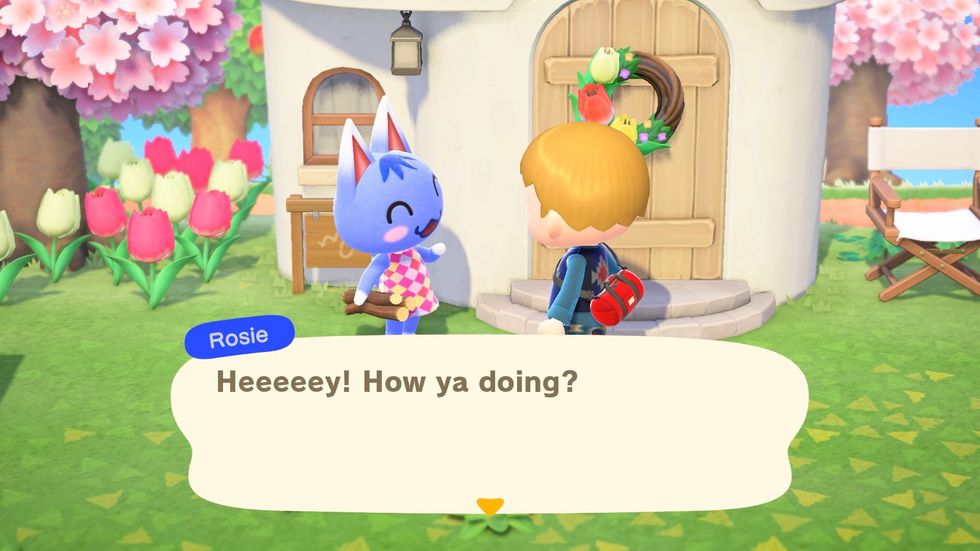 Animal Crossing is an open world simulation game, meaning that there is no one "right" way to play it, letting you decide what goals you want to achieve and at what pace you want to do so. With each progressive version of the game there have been some slight tweaks as to how one goes about this, but the Animal Crossing's gameplay typically consists of things like catching bugs and fish, plating trees and flowers, talking to your neighbors and decorating your own house in order to grow and improve your pastoral little town.

One of the big features and draws of the initial game was that Animal Crossing plays out in real time. The original Gamecube version even included a tiny internal clock embedded into the the cartridge so that the time of day and even the seasons would play out just like they would in the real world. This made it so that players had to come back to the game over multiple days and at different times if they wanted to have a chance of beating it. (And if you tried to circumvent this by messing with the system's clock an angry mole would pop out of the ground to yell at you for cheating.) 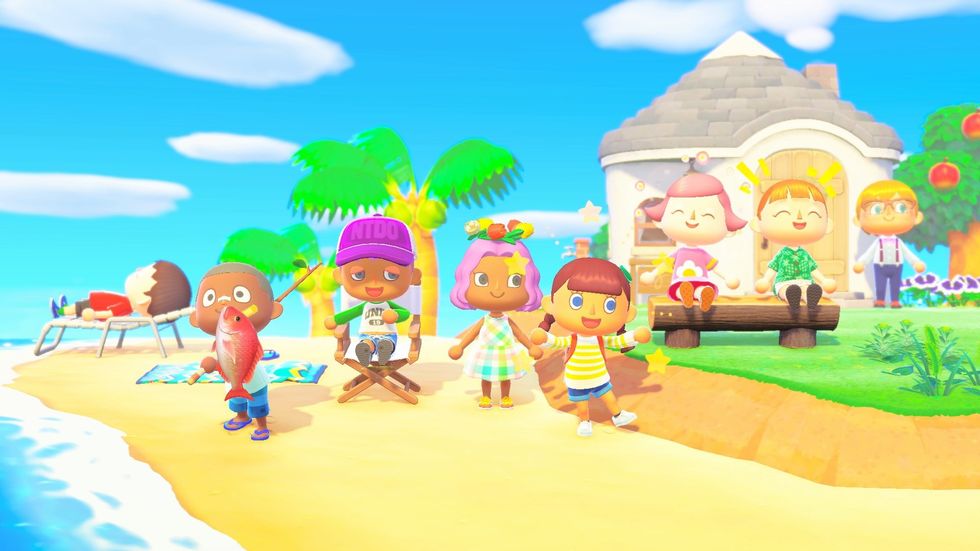 Animal Crossing's objectively adorable aesthetic and laid back style of play has earned it a reputation of being one of the most relaxing games out there. Unlike the punishing bosses of a Dark Souls game, outrunning zombies in a Resident Evil game or the high stress, last-man-standing style of Fortnite, in Animal Crossing you never have to worry about getting sniped by an enemy or a hideous creature jumping out at you from around a corner. And as opposed to say The Sims, there isn't really a fail state for Animal Crossing. Your villagers might move away and weeds might grow if you neglect your town for a while but it's not really a game designed to punish you if you don't constantly pay attention. It is essentially the video game equivalent a pleasant Sunday afternoon stroll through a park, which leads us to the next point...

Why is everyone into it now? 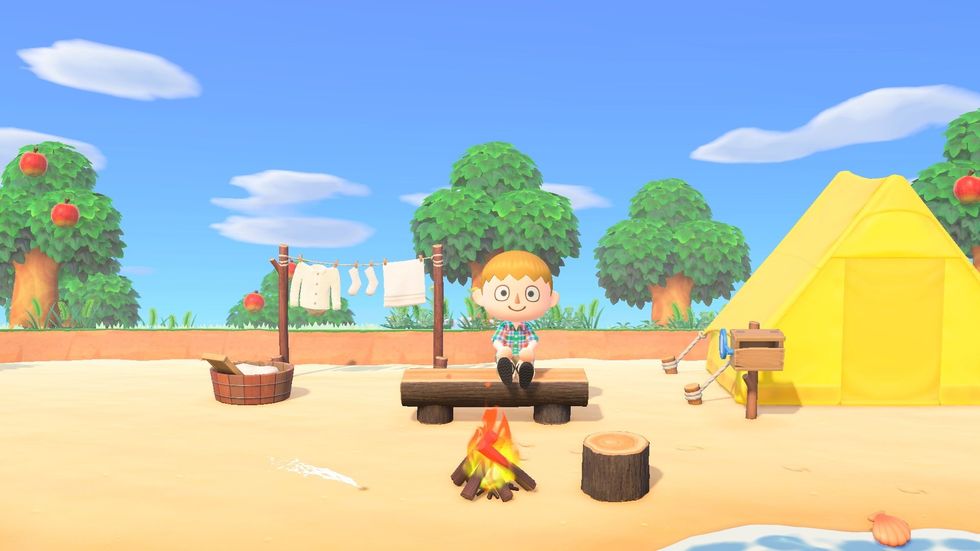 Nintendo's latest iteration of the franchise, Animal Crossing "New Horizons," for their Switch console happened to drop last Friday, and many devoted fans have been waiting literal years for a new Animal Crossing. The game's release also happens to coincide with the lockdowns currently instituted across much of the US to curb the spread of corona virus, leaving a lot of people with more time than usual. Trapped indoors under shelter-in-place orders, those who might have otherwise put off getting the game, or spend as much as they might like meticulously planning out their little island, now have the perfect excuse to do so without feeling guilty about shirking their social obligations.

In a time when we are being encouraged to keep our time spent outdoors at minimum for the greater good, a game features interpersonal interaction, unfettered exploration and interest-free loans sounds like paradise. "New Horizons" also features a "Pattern Editor" which lets users create custom images in-game and has resulted in people recreating their favorite album art, satanic summoning circles and X-rated outfits.

But isn't it just a kiddie game? 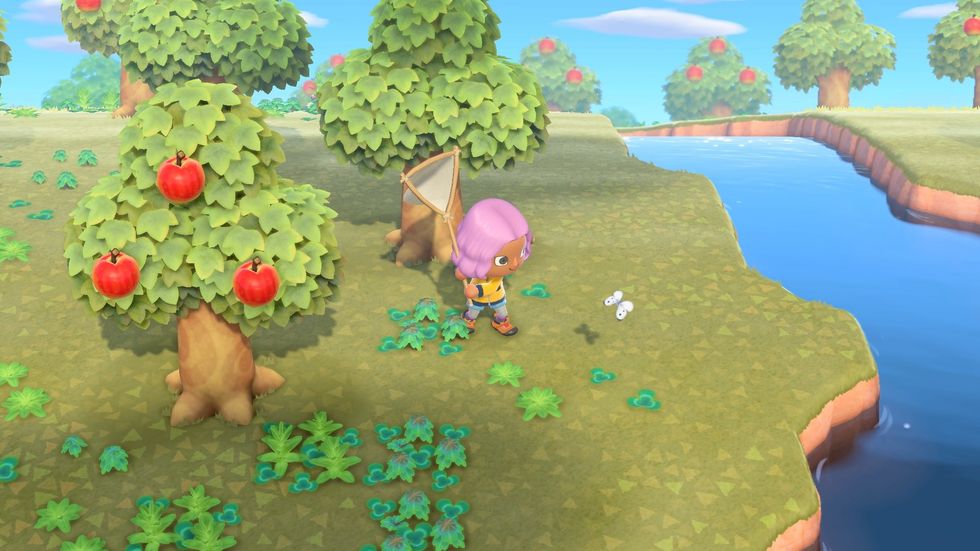 If you want to be reductive, sure. But Animal Crossing really is only as hard as you make it. If it's your first time and you're just learning the ropes then maybe you'll spend more of your time trying to pay off your house, maybe you've owned a couple versions of Animal Crossing before and this time you're determined to catch\ every single fish or maybe you've grown bored of the vanilla Animal Crossing experience and you're going to instead devote your time to figuring out how to make a 1:1 scale recreation of the apartment in Fraiser in you're own home.

It's also worth noting that the Animal Crossing franchise is now roughly 19 years old so there is an added nostalgia factor to the ongoing hype. People who grew up and fell in love with the game and its characters have become or are becoming adults at the moment. Dealing with a global pandemic, economic collapse and crushing student loans, you really can't fault people for wanting to escape a little to world where things are much simpler.

OK, should I be playing it too? 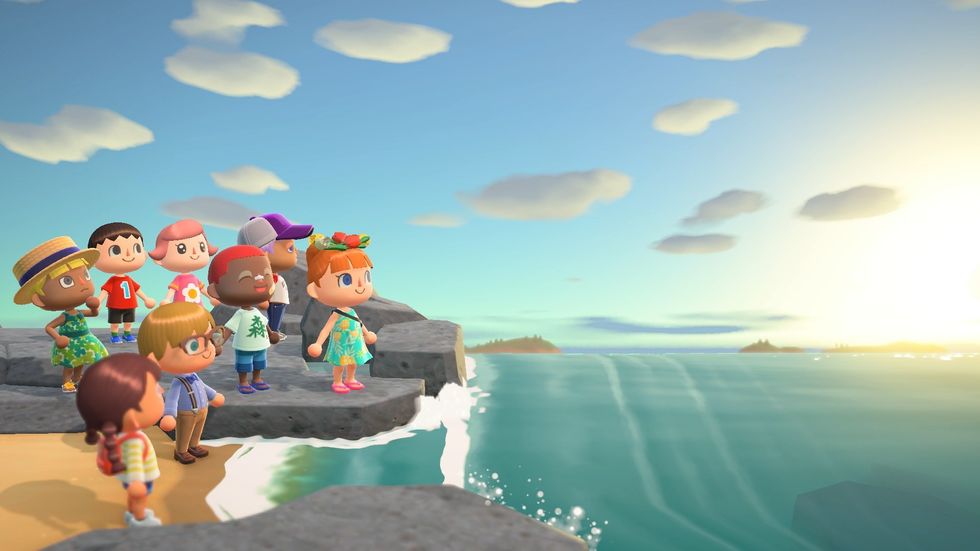 At the end of the day that decision is ultimately yours. If corona's got you stressed or bored out of your mind, it's a good distraction. If you want to connect with friends that you haven't been able to see in weeks, it's a fun outlet for that too. If you want to forget for just one little moment how absolutely fucked everything seems to be, your trusty secretary Isabelle will be there to help boost morale. If you're the slightest bit curious or intrigued, why not take a chance? Animal Crossing will be there to welcome you with open arms.