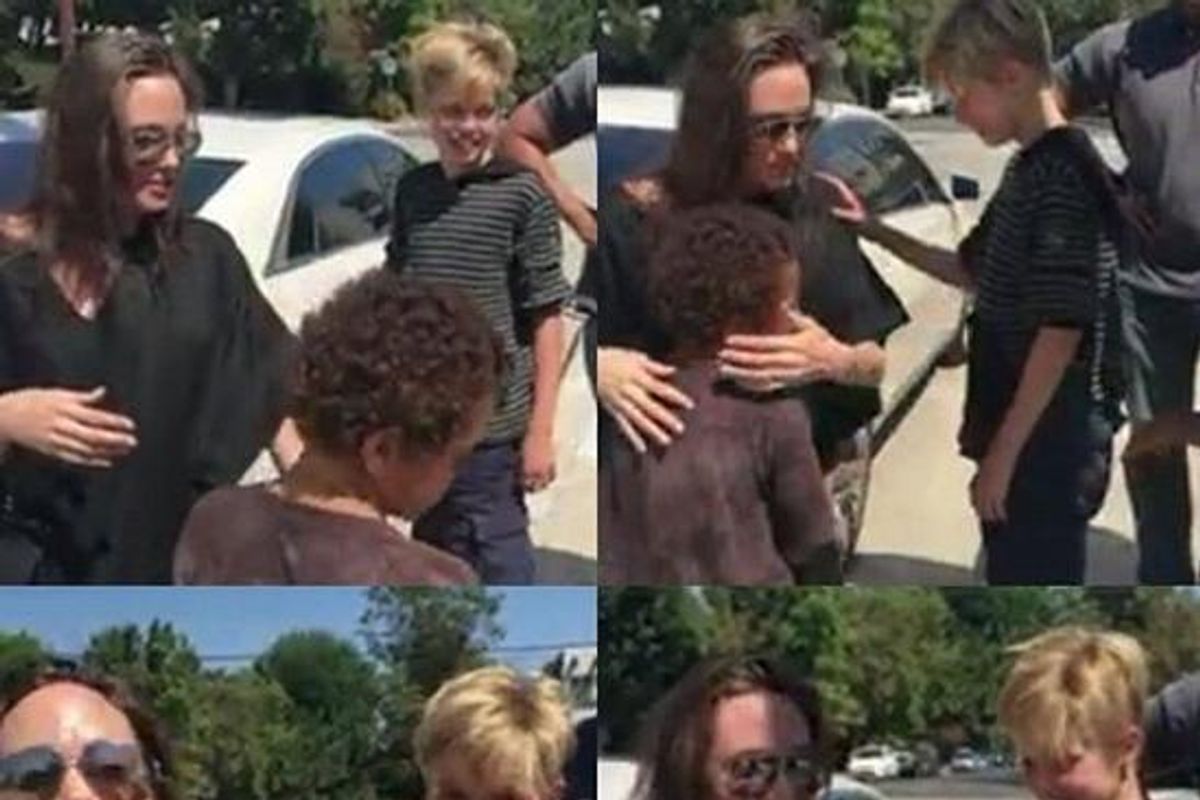 Well, actually, they bought it for sale by two adorable brothers selling it on the side oft the road in Toluca Lake, California...

TMZ has obtained a video of the elusive act-RESS and humanitarian stopping to buy a literal 8 foot tall teddy bear with her daughter Shiloh in tow.

The two burgeoning entrepreneurs, Allen and Brandon Alexander, were being filmed by their dad as they jumped up and down, holding a sign for the giant bear, when out of the divine horizon, a Cadillac appeared, and out came Angelina--clad in a black maxi dress, with a kimono draped over (I'm sure she was very cold)--and her daughter, Shiloh.

They helped the boys stuff the mammoth bear into their trunk, and Angelina DOUBLED their original asking price, giving them each $50 for their venture; I'm sure she's planning to adopt it!

Then, Angelina drove off into the Los Angeles haze, cackling as the wind rippled through her endless black robe--the teddy bear's beady black eyes reflecting in the white California sun.