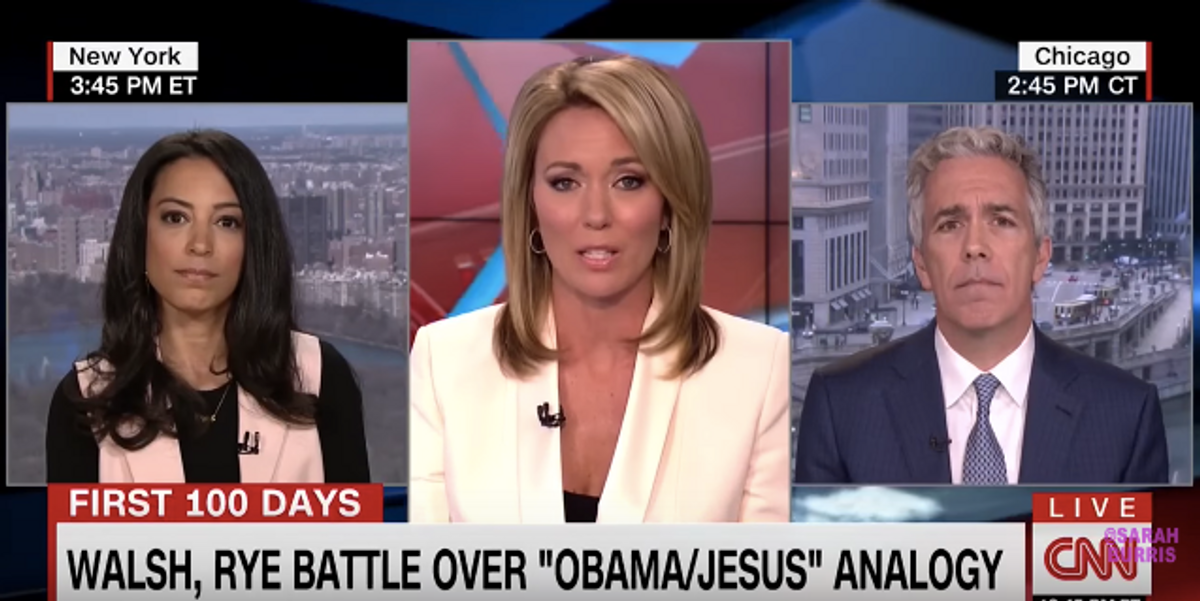 Political commentator and warrior goddess Angela Rye, known most recently for her eyeroll heard 'round the world during the presidential campaign, recently got into it with conservative commentator and former one-term congressman Joe Walsh after he tweeted that Barack Obama was held to a lower standard as president "cuz he was black."

Walsh's tweets were in response to a previous segment in which Rye suggested that Obama was actually held to a much higher standard than other presidential candidates would have been (any non-tax-return-releasing Orange Menaces come to mind?).

In the segment below, Rye calls out Walsh for being a "bigot." At first the two debate Sean Spicer's treatment of veteran reporter April Ryan, and Rye says, "I am tired of difference being disrespected and mistreated by this White House." They then move on to whether or not Obama, and in fact black people in general, have to work twice as hard to be held to the same standard as white people.

Rye asks Walsh to confirm that he meant what he wrote on Twitter, which he does before quickly devolving into asking Rye, "Is it possible to attack Barack Obama and not be a racist?" over and over again. Rye somehow manages to keep her cool and rightfully points out that it was Walsh who brought up race in the first place.

With nearly a hundred thousand Twitter followers, his own syndicated radio show and frequent media appearances, Walsh certainly has found an audience for his views. In the segment, Rye calls out CNN and the media at large for giving 'bigoted' Walsh a platform at all. Watch below: