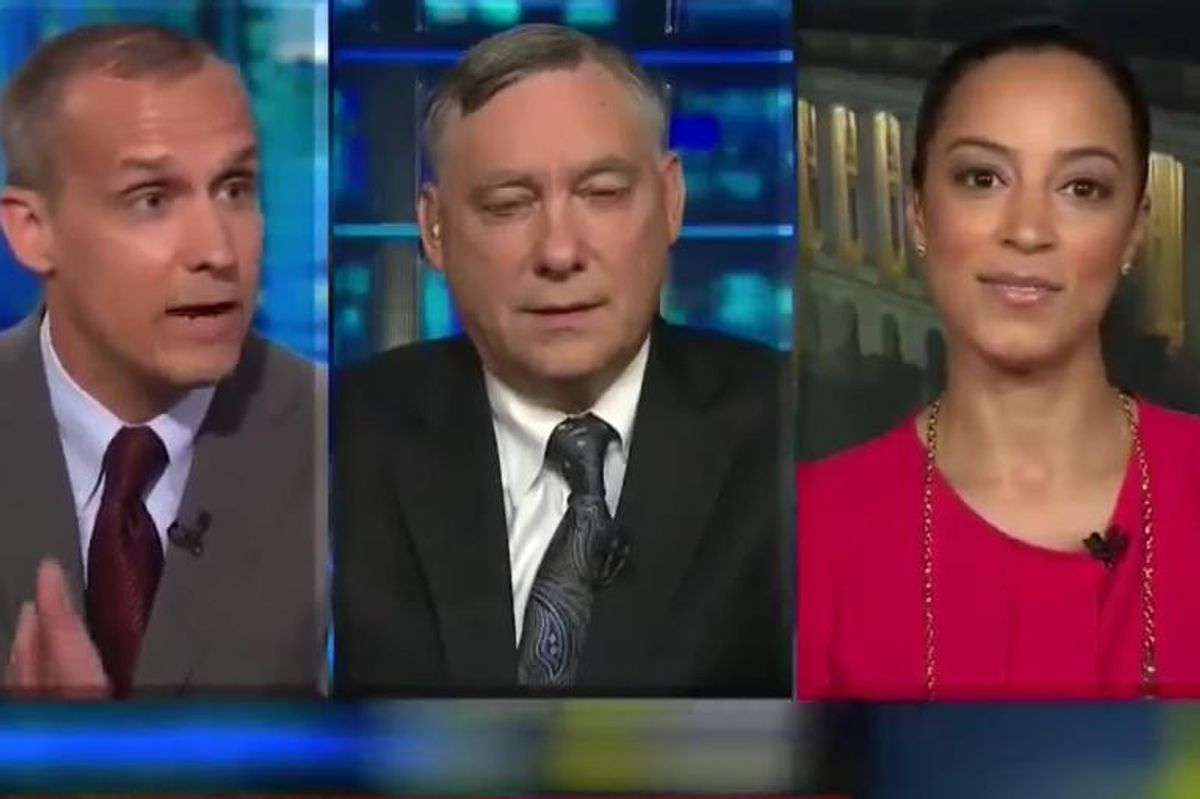 This election cycle has given America a neverending stream of bizarre and false soundbites (mostly from the Republican campaign)--not to mention supposedly wiser pundits attempts to justify them. Angela Rye just two weeks ago gave the world an eyeroll of exquisite beauty and disdain in the face of a Trump defense, an eyeroll that will be lauded as a gift to the reaction .GIF community forevermore. Now she has once again stepped up to channel the rage real, rational Americans feel at the constant insane defense of his worthiness as a candidate.

During a segment that aired last night, Rye appeared with several other pundits in a segment where Corey Lewandowski--former Trump campaign manager and, inexplicably, a recent CNN hire--went off on President Obama for campaigning for Hillary and calling Trump "unfit" to be President recently.

Angela Rye swoops in like an avenging angel of truth, calling out the fact that Trump has been haranguing the President for years, most significantly as the most famous mouthpiece of the bonkers "birther" movement, where he'd called on Obama to not only prove his citizenship but also release his Harvard transcripts.

Lewandowski got sidetracked demanding to know whether those transcripts hadn't been released, but Rye is not standing for this distraction. She cuts in over his bluster and invokes Queen Bey for the perfect retort: "Corey, in this moment, I'm going to Beyonce you. Boy bye. You so out of line right now."

Instead of acknowledging the devastating cut, Lewandowski spirals further, trending into outright birtherism, saying the transcripts are necessary to see if "he got in as a US Citizen, or was he brought into Harvard University as a citizen who wasn't from this country."

Watch it all again, and pass through the necessary stages of horror, disgust and triumphant joy over Angela Rye's every expression, tone, and particularly those little laughs at every ridiculous assertion.

Let's end with one more gem from Rye, speaking truths: "You went off on this tangent, just like your candidate does, and you're off message. This is why it's a second grade election."