Here's a little something from the archives. This photo of Andy and me was taken sometime in the mid Eighties - I believe at the Tony Shafrazi Gallery in NYC. I think it was for the collaboration between Andy and 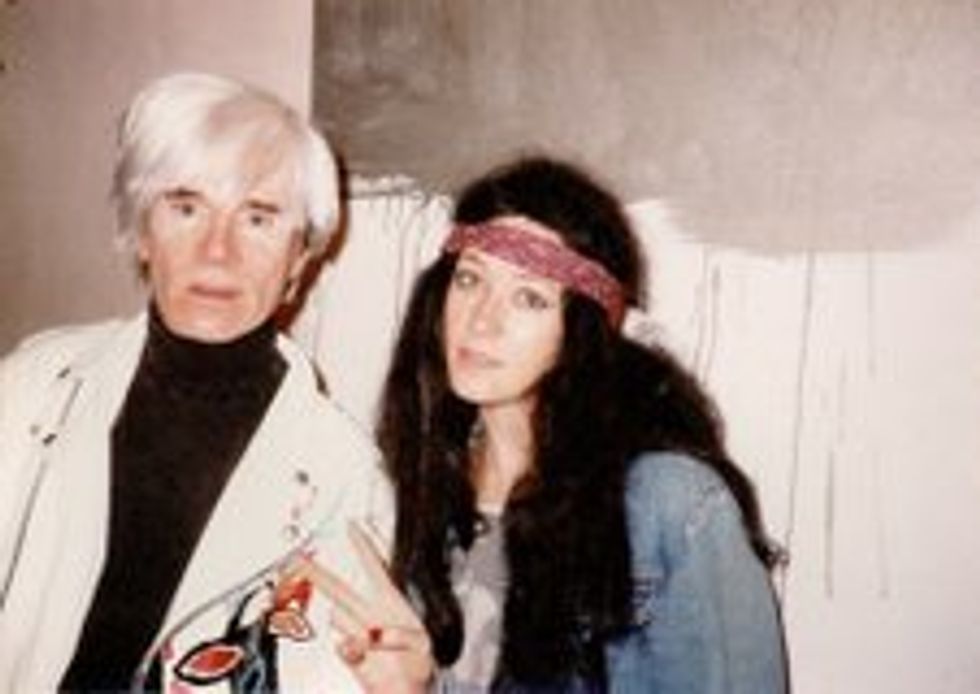 Jean Michel Basquiat. No, that's not my 'old look' but a costume I was wearing for a performance as "Rhea, the Hippie Chick Who Believes Jim Morrison Lives Inside Her". Seemed easier to just go straight to the gallery from my show, easier to just leave the costume on than worry about what Stephen Sprouse outfit to wear. Andy didn't seem to mind - although I was a little worried he'd mistake me for Valerie Solanas. The folks at the Andy Warhol Museum tell me they have that white jacket he's wearing. Then again, what doesn't that Museum have that was Andys?