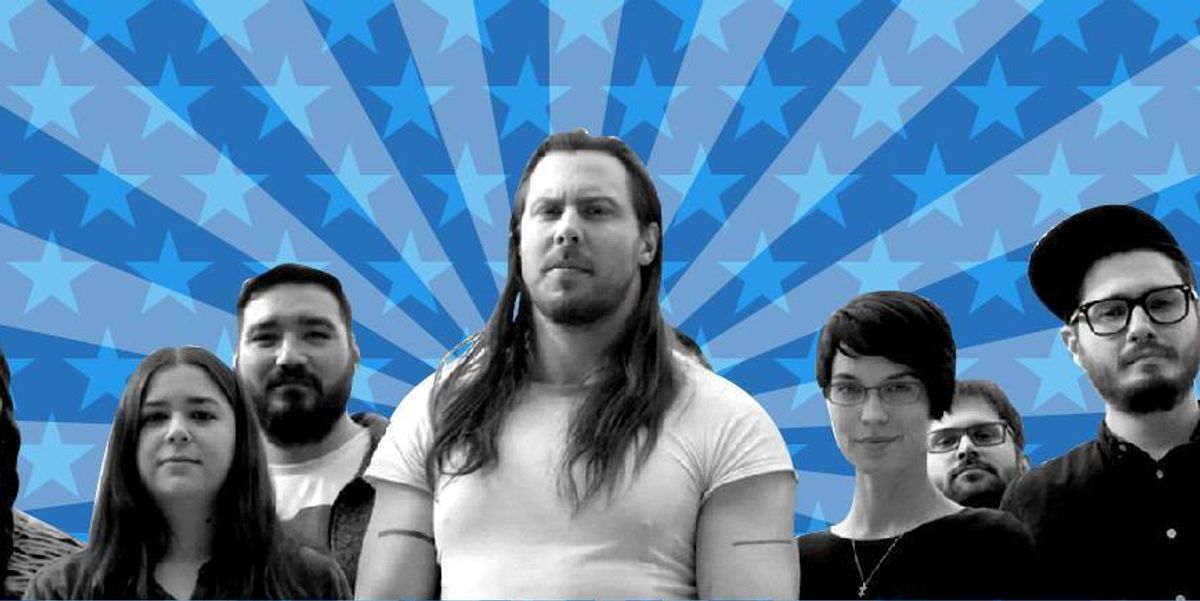 Andrew W.K. has made partying a musical motif. He's made it a lifestyle. He's promoted partying as an almost spiritual path. Now Andrew W.K. is bringing us partying as a political philosophy.

In a YouTube video, Andrew W.K. announces his intentions to start a political party that will be freed from the ideological dogmas that weigh down the Republicans and Democrats. "If my experience as a partier, and entertainer, and a human being has taught me anything, it's that many of us have lost faith in our political process," he says very earnestly. He's calling it the Party Party (duh), and he wants you to be a part of it.

The website offers a mission statement, and a brief glimpse of the Party Party's platforms and causes, saying "Most people have become too caught up in the bickering of our news cycles to realize that we ultimately desire the exact same things: reliable access to education, healthcare, and a sense of social equality." Regardless of their final agenda, I think it's a safe bet to guess that the Party Party under Andrew W.K. will do what they like and like what they do, and when it's time to party they will always party hard.