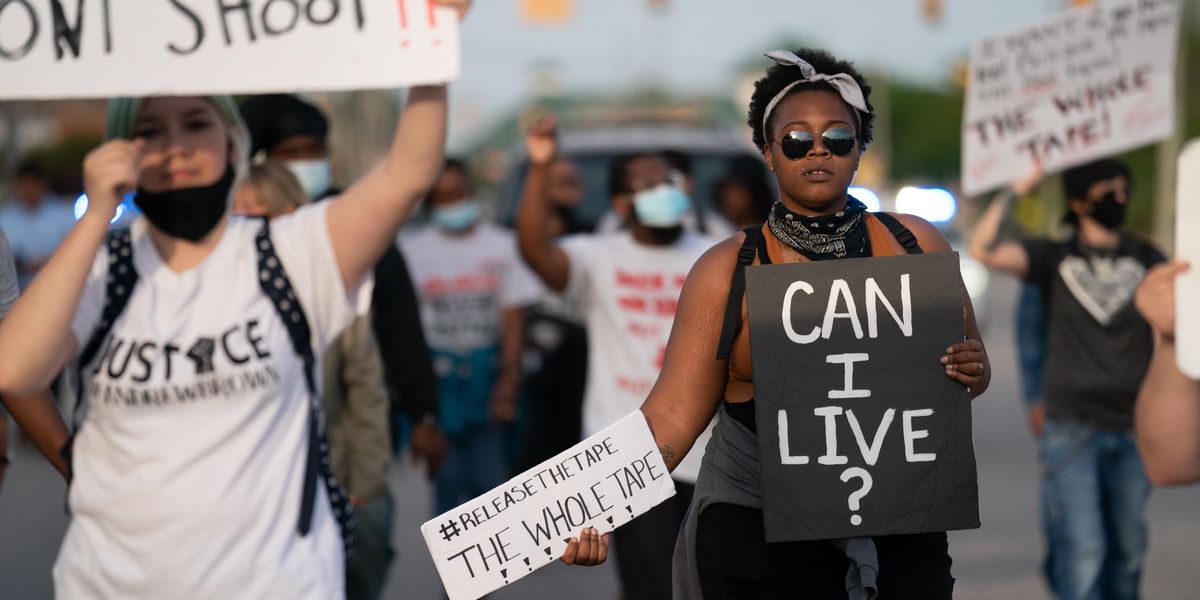 A North Carolina District Attorney has decided not to press criminal charges against the deputies involved in April's fatal shooting of Andrew Brown Jr.

In a press conference late Tuesday, District Attorney Andrew Womble announced his decision saying that Brown's death, "while tragic, was justified," before going on to explain that the three deputies involved in the shooting had reason to "believe it was necessary to use deadly force to protect themselves and others."

Brown was fatally shot by police on April 21st after three sheriff's deputies attempted to serve a warrant for his arrest related to drug charges. Like so many other cases of officer-involved shootings around the country, Brown's death has become a lightning rod for the local Elizabeth City community with protestors gathered around the sheriff's office ahead of the announcement and calls by organizers for a citywide boycott.

According to law enforcement officials, the deputies involved were briefed in the weeks leading up to the incident that Brown had a criminal history involving previous assault charges that dated back to 1995. He was not known to currently carry weapons, however, and none were found in the vehicle at the time of the shooting.

Showing clips of body cam footage from the 44-second incident, Womble said that "deputies immediately perceived a threat" from Brown. He reportedly ignored orders to get out of his car and struck a deputy with his vehicle upon which multiple shots were then fired into the vehicle, including one that struck Brown in the back of the head.

Reacting to Womble's press conference, lawyers for the Brown family called the decision "both an insult and a slap in the face." In their statement they said, "Not only was the car moving away from officers, but four of them did not fire their weapons — clearly they did not feel that their lives were endangered. And the bottom line is that Andrew was killed by a shot to the back of the head."

Protesters are demanding the un-edited body cam and dash cam footage from the encounter, as well as full transparency from law enforcement officials. Questions remain over why deadly force was so quickly used when Brown did not appear to be armed, in addition to the fact that two involved officers neglected to turn their body cams on and emergency medical services were not on standby near the scene.

In a separate video statement, Pasquotank County Sheriff Tommy Wooten said the deputies involved will keep their jobs, but have been "disciplined and retrained." Wooten extended his condolences to Brown's family, acknowledging that the situation could have been handled differently. "This should not have happened this way at all," Wooten said. "While the deputies did not break the law, we all wish things could've gone differently."

Last month, the FBI opened a civil rights investigation into the case "to determine whether federal laws were violated."