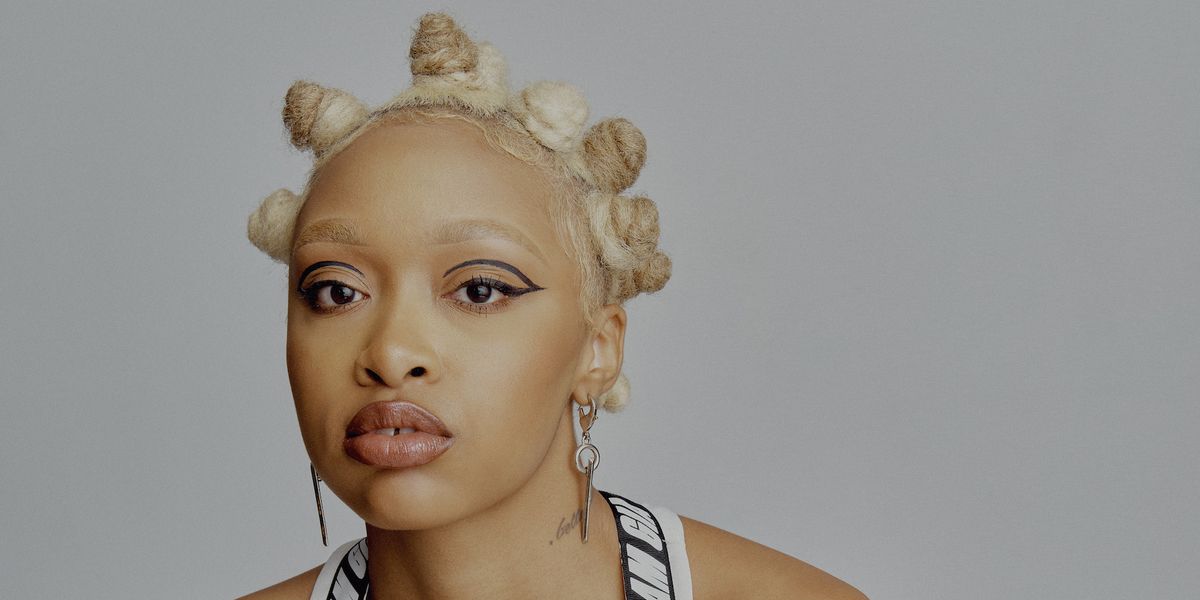 On her new single, "No More," which PAPER premieres today, Valle tells an open-hearted story with detail ("What happened to those days/ Where you would wait at my house"), tenderness ("And my momma yelling out don't fall in love too fast now"), self-awareness ("but damn I'm hard headed") and a down-to-earth grace that's straight off of CTRL.

The song, which celebrates and mourns the end of a painful relationship, is the sound of someone carefully stretching her muscles after being numb for a long time to see if they still work, and relishing the pleasure of discovering that they do. The woozy but fresh-aired synths, chirping bird sounds and skittering drums create a sunlit clearing for Valle's instantly connective voice. When she floats out the line, "Stay where you are 'cause no love don't live here no more," it sounds like a flower blooming, or the light at the end of a tunnel.

With her debut EP released in 2016, and now this preview of her upcoming EP Lovergirl, the Philadelphia native has proved herself little-known but exciting creators in R&B renaissance coming up in scenes across the country. But Valle channels her easy grace in many directions. Beyond her music career, she's a model instantly recognizable for her often neon-colored buzz cut and endearing gap-teeth. She starred in H&M's spring 2018 campaign film, as well as a recent music video for The Roots' Black Thought, and has worked with with Nars, Kim Shui, Jeffrey Campbell and other brands. The H&M tag might be following her around for now in both the fashion and music worlds, but it won't be long until Valle needs no introduction.

PAPER had the chance to chat with Valle about "No More," and balancing two careers.

Tell us about the inspiration for "No More."

"No More," to me, is reflecting and restarting, which we all do a lot through the many retrogrades and the ups and downs. What may seem to be detrimental times are easier when you know what the actual issue is and what you want and deserve, you slowly but surely move forward from that. It's the closure song I always wanted. The sound of "No More" is really inviting and euphoric. It made the message for me easy lay out because of I how felt listening to the chimes and the heart beat synths. It was almost like a light at the end of the tunnel.

What was it like coming up in the Philadelphia music scene?

Coming up in the Philadelphia music scene, I noticed it's very divided. There's not too many collectives, not too many groups, but everyone is so determined. Living here builds a tough skin. As a female in the music scene here, I'm happy for my growth but it wouldn't be right not to shed light on the fact that the male artists here are always looked for, everyone's always looking for the next rapper, the next Meek Mill or Lil Uzi but no one's ever looking for the next Jill Scott or Vivian Green so that alone makes me work even harder.

Have you always been a musician, or did that follow from your modeling career?

In elementary school I played the clarinet for about 3 years, I loved learning music but I just randomly stopped and then middle school came and I picked back up by joining the choir. I kind of fell into modeling so I'd say it followed after my music career.

Does the art of modeling and music overlap for you?

Yes, modeling and music overlap for me. My artistry and individualism really expresses my personality and I think that's what the fashion industry is looking for right now. Being your true self draws a natural influence and creates a real story that brands want to be apart of.

Which comes first for you, music or modeling? Would you ever put one on hold for the other?

I don't think either comes before the other. They're like two peas in a pod for me. I'm not one without the other, I would never quit music to pursue modeling or vice versa.

You released your debut EP The Way It Goes two years ago. What was creating that like, and what's next for you?

I was young creating The Way It Goes, I was 18 and going through a crazy breakup. Working on the project was like a coping mechanism for me and it definitely got me through it. Releasing it felt even better because it was my first full introduction as to who am I as an artist and all the great feedback, support and love distracted me from dwelling. What's next for me is my second EP titled Lovergirl. It not only showcases my new sound and who I've grown to become but all the songs come from a place of a happier me and a more assured me and I just love the confidence that it exudes. Really looking forward to its release, and a "Lovergirl" tour!