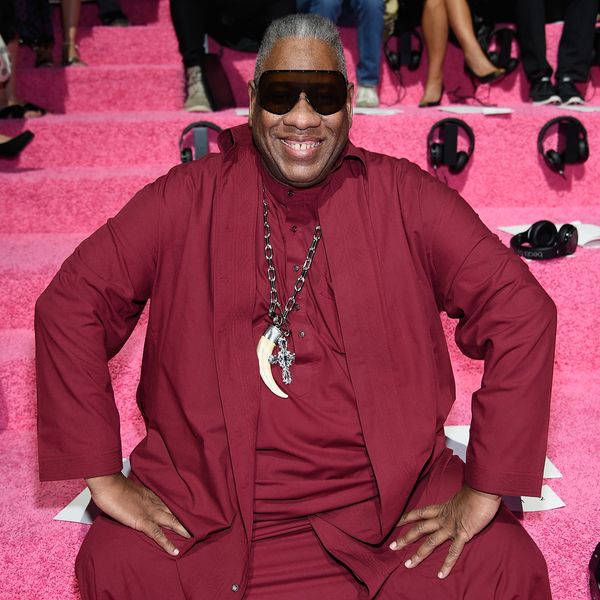 The André Leon Talley Documentary Looks as Uplifting as They Come

André Leon Talley's career as a larger-than-life figure in fashion is finally getting the documentary treatment. In The Gospel According to André, which premieres May 25, director Kate Novack traces the legendary tastemaker's beginnings in the Jim Crow South all the way to the top of his rise to the highest ranks of the fashion and media worlds as Anna Wintour's counterpoint at Vogue and beyond.

A new trailer for the documentary shows recent footage of Talley in his enormous Norma Kamali sleeping bag coat and signature caftans, walking red carpets, giving talks at panels and exercising his brilliantly critical eye in the office, in addition to stories of Talley's early life and the hurdles he overcame to become the fabulous figure he is today. Fashion luminaries like Fran Lebowitz, Wintour and Whoopi Goldberg speak to his success and impact, an Talley recalls being labeled things like "Queen Kong" and "white boys" at Duke throwing rocks at him.

For his part, Talley seems not only unfazed but also to exemplify the indomitable spirit that so many of our black cultural icons possess. "You don't get up and say, 'Look, I'm black and I'm proud,'" Talley says at one point in the trailer, "you just do it, and somehow it impacts the culture."

Watch the trailer for The Gospel According to André, below: