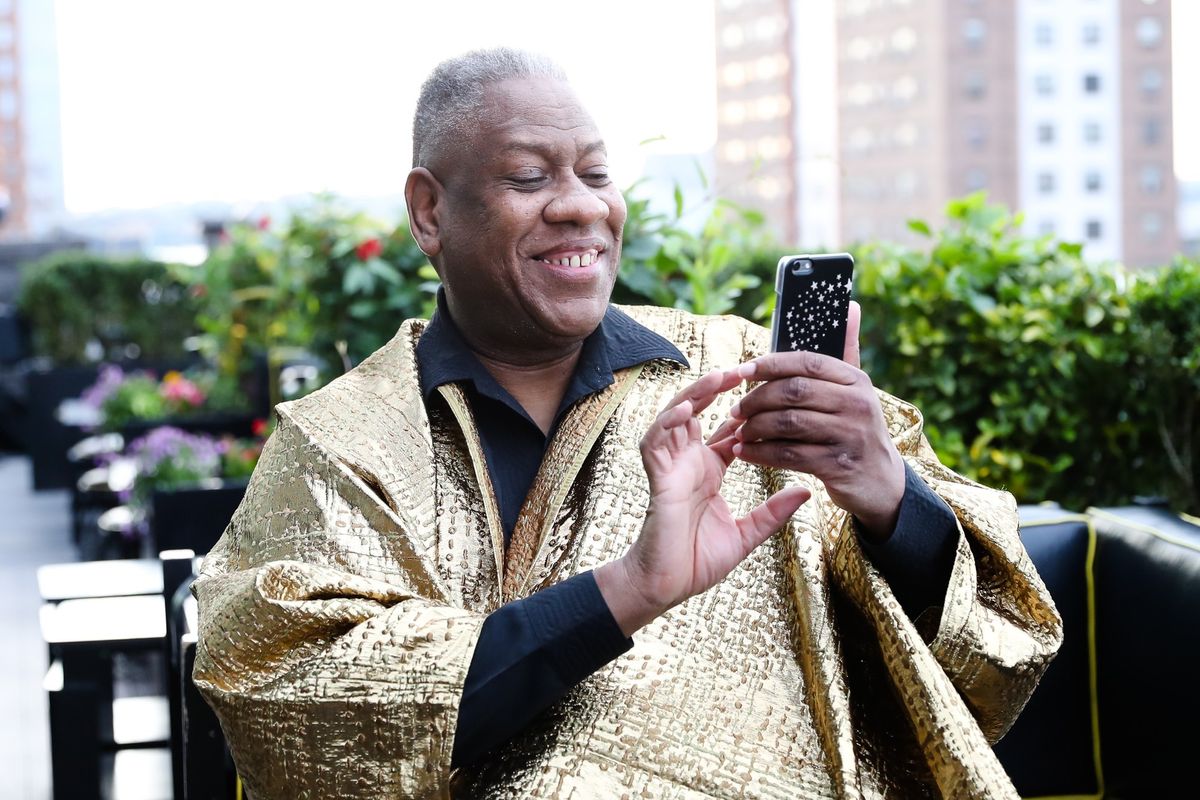 Battle lines are being drawn in the fashion industry on the topic of the Trump presidency, specifically in regards to the moral quagmire of dressing our new First Lady, Melania Trump. Sophie Theallet has called for a fashion boycott of Melania, Tom Ford won't dress her because she's "not necessarily [his] image" (shade!), while Tommy Hilfiger, on the other hand, thinks "any designer should be proud to dress her." Hear that Melania? You can always wear Hilfiger to the inauguration!

Now, Vogue's former fabric-engulfed editor-at-large and current contributing editor André Leon Talley has added his two cents. In an interview with The Daily Mail, Talley defended Melania, who he styled for her 2005 wedding, saying, "I hope there will be a great great Trump presidency... Melania will be one of the great stars in the administration." Talley went on to compare her to former First Ladies Jackie Kennedy, Michelle Obama, and Laura Bush, and said that she's "a wonderful person to be with."

What makes her so wonderful?

"She stands for individuality, that's what makes her special. She's tall, she's proud and very articulate."