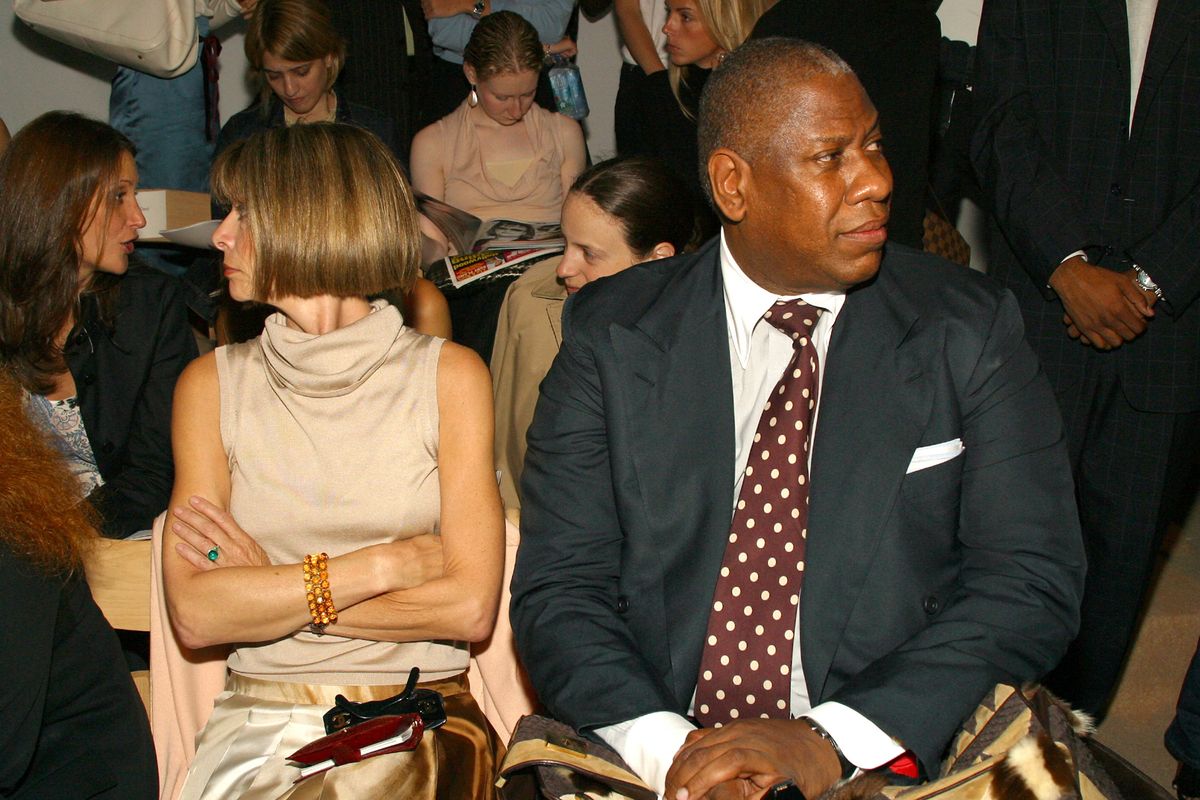 André Leon Talley Is Not Looking for Closure

As someone who was once perched atop the highest echelons of fashion, André Leon Talley has lived the kind of opulent lifestyle most people can't even begin to fathom. Tales of lavish weekends at the French estates of wealthy countesses and dukes, dancing with Diana Ross at Studio 54 and sitting front row at virtually every important haute couture show are just some of the anecdotes in a career that spans almost 40 years.

These days, Talley spends most of his time at his White Plains home in upstate New York. "I've only been out about four times since the pandemic started," he tells me on the phone from his front porch on a comfortably warm day. Though, even before the lockdown ensued, he's hardly been a presence on the fashion circuit like he used to be.

We're talking about his new book, The Chiffon Trenches, a memoir that's garnered a fair level of attention recently after excerpts about his tumultuous relationship with Vogue editor Anna Wintour surfaced online. Talley maintains that this book is a "love letter to Anna" even though numerous passages take shots at her and his former employer, Condé Nast, for "spitting people out."

Does he still expect to have a working relationship with Condé Nast after more of these lamentations come to light? (He's still listed as a contributing editor at Vogue.) "That is to be determined. I have no idea. I am not going to project," he says. "I respect the institution of Vogue and what it has given to me in terms of my career."

Talley adds that he's still close to many of the friends he made at the publication, including fashion editors Tonne Goodman, Grace Coddington, and Carlyne Cerf de Dudzeele. He describes Jonathan Newhouse, the company's chairman, as someone who's always been very kind to him. Because of that, he says he's never felt any hesitation about one thing he's written about his time there.

But perhaps it's his complicated friendship with Wintour that has most readers intrigued. Despite some less-than-flattering depictions of the Vogue editor throughout the book, and even though they're not as close as they once were, Wintour has not cut off Talley completely. She still asks Talley to attend her Chanel couture fittings, and they also sat together at a fashion presentation for Serena Williams' clothing line in February. (Talley sent her a galley of the book in January, where she only asked some parts about her children be removed.)

I raise the question of whether he thinks that maybe some issues could have been avoided had he not let his personal life interfere with his professional life. It seemed to be a recurring thread in each chapter, where he lets people he works with get too close — or he mixes business with pleasure too often. After all, Wintour did consider him as family at one point.

"I don't know. I kind of wish that there had been more openness in dialogue, but that was never our strengths," he says after giving it some thought. "I was perhaps the one other person at the magazine that was included in her family's special events, funerals and things like that so I felt very close to her. But, we never spoke about our relationship."

He also sheds light into his long friendship with the late Karl Lagerfeld, who supplied Talley with an abundance of gifts and clothes and let him into his tight inner circle's decadent lifestyle. The former Chanel designer reportedly had a long history of dropping friends like flies, which Talley was acutely aware of at the time but dismissed any suggestion that he had to walk on eggshells to be around him. (The friendship eventually did fall apart.)

Talley would have to juggle being friends with both Lagerfeld and Yves Saint Laurent, both of whom did not take too kindly to one another. One memorable tidbit from the book was when a celebratory dinner was thrown in his honor for landing at job at WWD in the Paris bureau. On one side of the table sat YSL's entourage, while Lagerfeld's team kept to themselves on the other side, showing the delicate nature of friendships in fashion at the time.

There are some parts of his career Talley leaves out from the book entirely, such as his short-lived tenures at Numero Russia and the shoe e-tailer Zappos after he left Vogue. There's also not a single thing written about his time on America's Next Top Model, where he served as a judge for four cycles. He quickly shuts down anything I ask him about Tyra Banks and his experience on the show. "I'll keep that for another book," he says.

After all is said and done, he insists that there is no part of him that sought any sense of closure when writing about his life and relationships. "I had no closure with Karl Lagerfeld when he passed away and I'm not looking for it now," he says. "I'm just stating the truth. I'm just looking to go through the day and get to the next day."

The Chiffon Trenches by André Leon Talley is available to order now.