André Aciman Reunites Elio and Oliver in 'Find Me'

Elio and Oliver's story is responsible for many a heartstring getting tugged — at least 750,000 and counting, which is how many copies Call Me By Your Name has sold since originally being published in 2007. The 2018 eponymous film adaption by Luca Guadagnino, starring Timothée Chalamet and Armie Hammer, undoubtedly ushered the story into a wider audience, buoying the book's popularity and resulting in 32 translations around the world.

But at the end of the day the space it's carved in LGBTQ+ literature is a direct result of how the story is told. André Aciman's sentences aren't crafted as much as they're composed, one note after another, passages and quotes committing themselves to memory not unlike a song that's withstood the test of time. It's precisely time that leads us to Find Me, out now from Farrar, Straus, and Giroux.

Taking place 15 years after the events of that sensuous summer in the Italian Riviera, readers are reunited with Elio and Oliver, and, in a welcome turn of events, Samuel, Elio's father. On his way to visit Elio in Rome, Samuel encounters Miranda, a beautiful young woman on the train who sparks an emotional vitality in Sami that changes his life forever. In the next section, we meet a classically trained Elio in Paris, while Oliver, a professor in New England with a wife and children, questions his marriage and plans a return trip across the Atlantic. Aciman masterfully examines the overlap of each character's complex, emotional trajectory, explores how time has affected their dynamic, and ultimately asks: does true love ever die?

Not only was I lucky enough to talk to Aciman about his latest book, but I also received a full sensory experience. A few weeks before the book was set to publish, I received a custom fragrance — aptly entitled "Find Me" — courtesy of FSG's art department and Folie à Plusieurs that smells like the lyrics to "Mystery of Love." Well played, considering smell is the sense that's most closely linked with memory.

Aciman discusses memory, its watermarks, and, of course, Elio and Oliver, with PAPER, below. 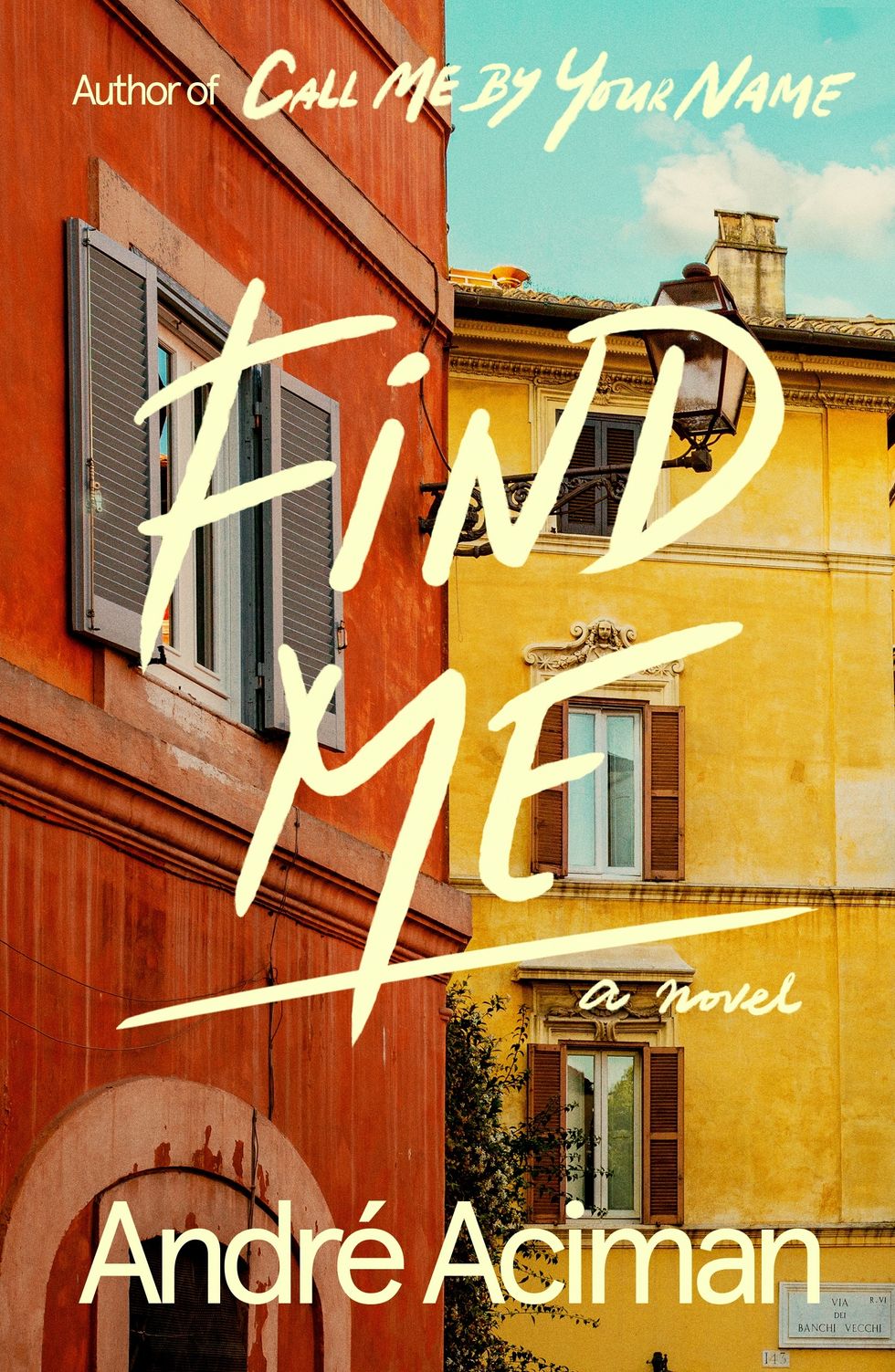 When did you realize Elio and Oliver's story wasn't over?

I've always known it wasn't over. I had just finished the epilogue in a rush and for years attempted to fill in those periods that took place during the two decades after the two separated.

Did you already have the ending conceived from the get-go, or did it reveal itself to you as you explored their dynamic 15 years later?

The ending was suggested by the end of Call Me By Your Name. But the road to that was conceived while I was writing Find Me.

Out of context, Elio and Oliver's relationship just looks like a summer fling. Of course, readers know it's deeper and more complicated than that. Personally, the relationship that's affected me more than any other in my life lasted only three months. Six years later I'm wondering if, in another six years, I'll still be ruminating on how three months have rooted themselves so firmly into the DNA of my existence. In their world, we go from one summer, to 10 years later, then 15 — are these intervals deliberate? Did the difference in age between Elio and Oliver impact where you decided to guide the hands of time?

Actually, I am someone who believes that we never change and, contrary to what we may wish to proclaim, we seldom recover from certain loves, especially when they are our first. Our first can happen when we are 17 or when we are much older. So yes, we bear what I call watermarks. We may fight this, because we want to recover and set ourselves straight again. But then a scent, a piece of music, a wall, a poem read together may hurl us back into our past. It may not sit prominently in our minds, but it's always there. And we know it.

In Find Me we're reunited with Elio's father, Samuel, in a larger and deeper way from the beginning. Tell me more about diving deeper into Samuel's emotional life.

Samuel, the man who gave wonderful advice to his son, is in love, and is wise enough to give himself every reason to suspect he doesn't stand a chance. He is basically struggling to keep his feelings in check — exactly what he had told his son a decade earlier not to do. It is his son — the apple doesn't fall far from the tree — who tells him that he likes seeing his father in love!

@gregmania on Instagram: “thank you @fsgbooks for sending me a custom fragrance i smell like the lyrics to “mystery of love””

Location — from where it all began in the Italian countryside to a street corner in Rome where Elio and Oliver share a moment under a lamp that is watermarked on Elio — is almost a character in and of itself. How does place impact emotional movement for you?

Place serves to inflect or accentuate desire, the way a musical soundtrack in a film heightens the emotional content of a scene. Place does not necessarily "locate" desire, but it amplifies desire, imparts a suggestion of atmosphere.

This is a sequel to Call Me By Your Name, yes, but both stand as their own bodies of work. But the intensity of Elio and Oliver's long-ago romance is unequivocally apparent and visceral, perhaps even more so by dint of the potency of memory. Was it challenging to maintain the emotional momentum from one book to the next?

Not really. I just had to go with what someone long separated from a beloved would feel on being reminded of him. When Oliver hears the Arioso or when Elio sees the wall they are both instantly reminded of what they lost. This was not difficult to write or convey; what was difficult was finding ways through words to make me believe it myself.

In Call Me By Your Name, Samuel teaches us a profound lesson on grief: to not kill it, that it is a signifier of something not many are fortunate to experience. What lesson do you want readers to learn from Find Me?

To trust, to seek, to accept what luck and others have to offer.

Find Me is available for purchase here.