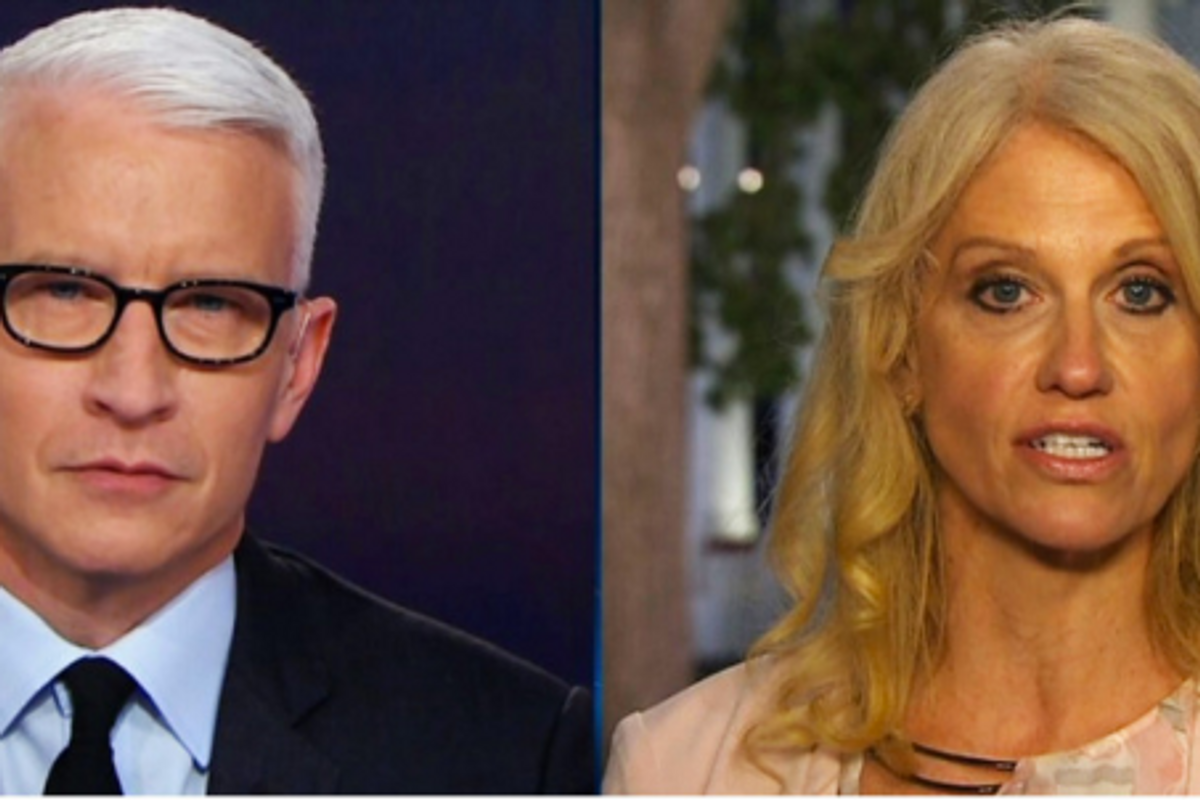 Kellyanne Conway, who seems to have been locked in a panic room since endorsing Ivanka Trump's brand on national television, ethics be damned, slithered her way out for a brief moment to address President Trump's highly suspicious firing of FBI director James Comey on CNN with Anderson Cooper.

To gear up for her comeback, Cooper took Conway on the ride of her life through Trump's campaign for candidacy, showing multiple clips in which he publicly praised Comey multiple times for his investigation into Hilary Clinton's presidency. Ol' Kellyanne's rather predictable response was to, of course, ridicule, then dodge, dodge, dodge. Anderson Cooper's reaction to Kellyanne's desperate wriggling consisted of one iconic eye-roll because he, like any breathing human being, refuses to take Kellyanne Conway seriously.

Now, let's hone in on that excellent eye roll.

This @andersoncooper eye roll at @KellyannePolls is EVERYTHING. https://t.co/j8usLAzhwh
— Matt Wilstein (@Matt Wilstein)1494377579.0

A closer look, you ask?