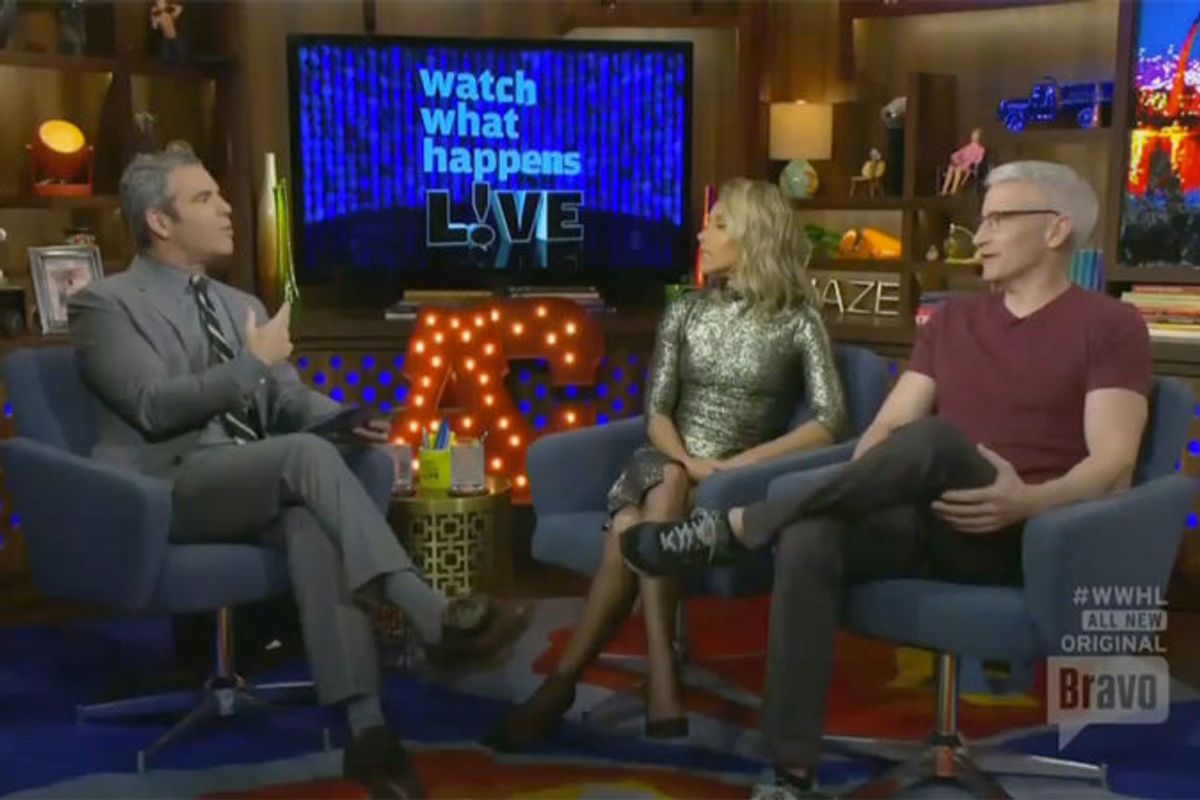 This Dealbreaker Stopped Andy Cohen and Anderson Cooper From Dating

Last night, Andy Cohen had Kelly Ripa and Anderson Cooper on Watch What Happens Live and, in the process, revealed a juicy, little tidbit about his past with Cooper.

After chatting for a second about how Cooper was "the one that got away" from Ripa (as a co-host, that is), the trio begin discussing the actual romantic links between AnCo-squared. Because, funnily enough, it turns out that the two almost went on a blind date several years ago, that is until Cohen blew it by breaking Cooper's "cardinal rule": mentioning his mom, socialite/fashion designer Gloria Vanderbilt.

"Andy and I were first set up on a blind date, which never happened because we had a phone call and after two minutes I said, 'I'm not dating this guy,'" he said. "He mentioned my mom within the first four sentences of meeting me." As if we're all just supposed to ignore the fact that your mom is the preeminent purveyor of high-waisted jeans, but okay.