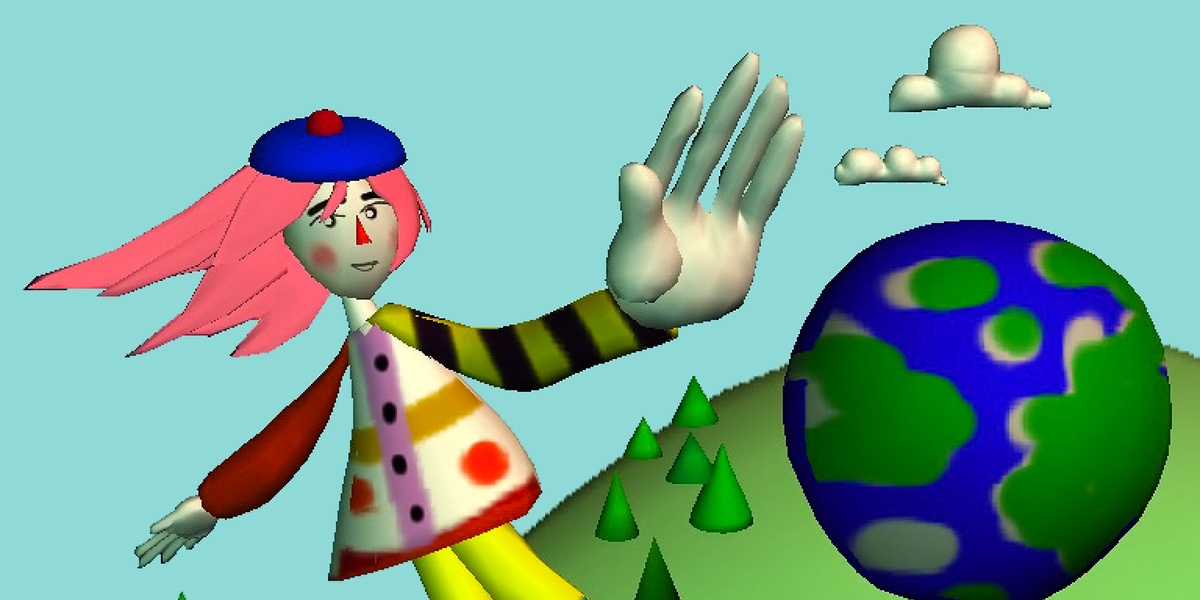 Anamanaguchi is back with a bright, energetic song-of-summer contender in "Kei."

Reviving the band's Summer Singles series after having to cancel their planned tour in support of their album, [USA], Anamanaguchi is still determined to keep fans fed with a steady stream of new music, visuals, video game streams and whatever else they can think of. As the follow-up to chiptune cruiser "Styla," their latest single has the band revisiting a previously abandoned song they recorded in 2015 with artist/harajuku model, POCHI.

Completely reworking the vocal melody to fit with the new instrumental, "Kei" is a pure sugar-coated J-pop confection with nods to the country's embracing of synthetic pop identity and Japan's vibrant net-label underground. There's glitchy hyper-chopped up choruses, Vocaloid-adjacent vocal effects thrown in with hardstyle kicks, drum breaks and bouncy guitar chords that only Anamanaguchi could pull off. Full of giddy excitement and infectious energy, it's hard not to leave "Kei" without a great big smile on your face.

Ahead of the premiere of "Kei," PAPER caught up with Anamanaguchi to get the low down on how the song finally saw the light of day and what the band has been getting up to in quarantine.

How did this collaboration originally come about?

In a very roundabout way, actually. Many moons ago (2015) we were working on music in Tokyo. It was very pop music style writing sessions, working on ideas with various vocalists and producers. Not our usual world. We got linked up with Asobi System (management behind artists such as Kyary Pamyu Pamyu and CAPSULE). We had shared a very dance-y demo with them, and they said they were working with a new artist named Pochi that would like to try writing a vocal part for it. Pochi killed it, but we never really got the track to a place that we felt comfortable putting out. We played it at shows a bunch, though, so the vocals might be kinda familiar to anyone who has seen us live in the last couple years.

Fast forward to 2019, we're playing with this demo called "Kei" that has a super wild energy to it, but felt like it needed something to glue it all together. We tried layering Pochi's vocals on top of it, simply as a rough mock-up for what it could sound like with vox. Her vocals, being written for a completely different song, were definitely not a natural rhythmic or melodic fit with "Kei." We started re-tuning the vocals to new melodies, warping and shifting stuff around, trying to improve the mock-up. Before we knew it, we sort of unintentionally made a whole new vocal performance tailored exactly to what we wanted for "Kei."

What made you want to ultimately revisit this song?

First and foremost, we're doing this thing we call Summer Singles where we'll be putting out a single every couple weeks throughout the summer. Each track has its own artwork, and no specific ties to anything or self-imposed parameters to follow. We did this once before after we completed the soundtrack to the Scott Pilgrim video game, as a fun way to sort of let loose after being so focused on a big project. So having spent the last couple years focusing in on every detail of our last album [USA], we thought now would be another good time to let loose and have some fun with another round of Summer Singles.

As for how we revisited "Kei" and made it into a Summer Single, we actually started working on "Kei" in Tokyo on the same trip that we recorded Pochi's vocals (but on the other unreleased track). Both kinda came to fruition at the same time, but somehow didn't cross paths until now, years later. The happy-accident mixed with an almost destined for each other feel had a fun "long lost siblings reunite" vibe to it

Were there specific influences for this track? I definitely hear big Maltine vibes on this one.

Def big Maltine vibes on this one. We got to experience two very different sides to the Japanese music scene on that trip. One side was the super pro industry style, management-driven marketable pop culture and big club nights etc. The other was the wild DIY underground net-label community, tiny club vibe — Maltine style. We were often late to the studio in the morning because we had been up the whole night before at a Maltine party. I think we had our priorities in the right place.

Besides that, one of the influences is also referenced in the title. The demo name "Kei" (which ended up being the final name) was originally because the track had a sort of "shibuya-kei" feel to it (in our eyes). With the piano and horns and stuff, it kinda had that J-pop meets chamber pop meets yéyé, but with Jet Set Radio vibes — and on Anamanaguchi energy levels.

With our last interview we talked a little bit about Japan in relation to cultural appropriation and Western fetishization, but obviously your appreciation and relationship to the country and the culture goes deeper. I mean, you've collaborated with Hatsune Miku!

Our love for a lot of Japanese culture runs deep. Unfortunately there's a tendency in the US to detach it completely from reality. Something we admire about Japan is their ability to maintain a real identity while still being a global center — in Japan there's always a tension between what is and isn't Japanese, like us! Working with Miku was a great example of that. We love Miku, because she's Miku... and if we finished that sentence with "not because she's Japanese," that wouldn't be the truth. She is Japanese and detaching her from that culture would be wrong. That sentiment was definitely part of why we named our album [USA], as a non-optionally American band.

But specifically this track, "Kei," we were inspired by how many Japanese artists were approaching pop music production. In the US and Europe, pop music is largely driven by selling a story or an "authentic" experience (often to the point of manufacturing one). In Japan, we noticed how the final product's empirical sound often took precedence to its origin. The manufacturing side of pop music was way less taboo than what we grew up around. This is speaking in generalities for sure, more just sharing our experience of understanding. We were used to the idea of "get big name producer in the studio with big name pop artist," and instead of trying to produce a mathematical hit, tap into some real life shit. This had often felt a bit forced and phony to us. If you want to do that, start a band with your friends (a la Brockhampton to point out one of many exceptions to the rule).

In Japan, we saw a more clinical approach to it, that in turn felt more honest at the time. The goal was to make the best pop song possible in a very straightforward way. This included everything from artists openly adopting personas, to little things like words and lyrics taking a back seat to phonetic sounds. Basically boils down to "lets take meaning and shape it into a pop song" vs. "lets take a pop song and shape it into meaning." In 2020, I don't think we could say we prefer a specific writing approach to the other, but this was just one of many eye opening moments for us interacting with Japanese culture.

What do you hope people take away from this track?

The Summer Singles vibe! It's no doubt a weird summer for all of us, but we're just tryna spread some posi-vibes where and when we can. For us personally, a lot of what we put into it is trying to make the most out of stuff you've already got. Maybe it will inspire people to look around their houses and see what they've been leaving in their own personal archives now that we've all got a moment to pause.

How is the band feeling post-[USA]?

At the risk of sounding super vague... on course? The album was very much so about acknowledging tensions of all kinds, our relationships with our past and desired future, the co-existence of analog and digital realities, escapism vs. presence. These tensions definitely haven't gone anywhere since addressing them on the album, so learning to live with them has definitely become part of the post-[USA] experience.

What's been getting you through quarantine?

Getting heated on Facebook threads with a friend of friend's uncle over the effectiveness of wearing a mask. (Jk, but wear your mask). Doing these summer singles has been getting us through quarantine! Having to postpone all our summer touring was definitely a bummer, but the upside to that is that we now have a lot of time to work on new music. We're lucky to have been a very internet-based band since day one. We're basically the boomers of internet-based musicians, posting tracks on forums, meeting our drummer on Myspace, playing shows on tinychat even when we lived within blocks from each other, we'd still write our songs over email.

So these days we're in our comfort zone, Luke will be tracking drums in LA, while Pete and Ary will be working on demos from Texas and NYC on Discord, and James will be building some crazy lighting stuff to film out in Providence. We've also had the opportunity to perform at some fun online events (we put together a Minecraft party with Open Pit that featured our Polyvinyl label mates American football, DJ'd the return of SPF420, and played Porter Robinson's digital follow up to Second Sky, called Secret Sky). We love online events, been doing them pre-quarantine days and plan on continuing them post-quarantine days. There's a huge future for that world as long as people don't view it as a replacement for live events. On top of all of that, we've been using Patreon to stay up with all the homies we would've likely seen on tour, sharing demos and unreleased stuff, re-issuing some old releases, as well as sharing pet pics, what we ate for dinner, stupid business ideas we'll never follow through on, hot takes on new music, and our favorite hats... all the good stuff.