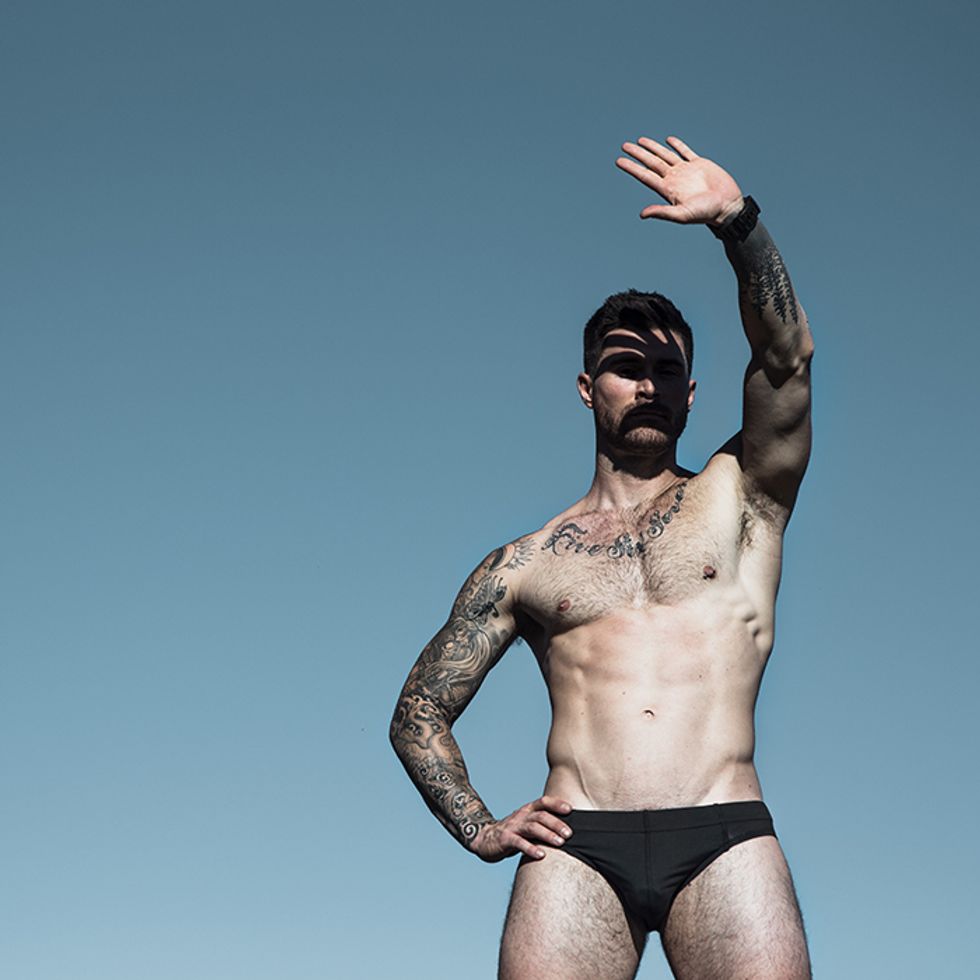 by Kevin Breen / photos by Kyle Krieger
PAPERMAG
Underwear by Calvin Klein
Hair stylist and Instagram star Kyle Krieger keeps us checking our feeds more than we'd care to admit to get a glimpse of his perfectly chiseled physic in his artful selfies. We caught up with Kyle to get his take on underwear and Instagram, and got an exclusive gallery of never-before-seen underwear shots.

What inspires your photos? I like David Fincher and Wes Anderson movies. I like desaturated and underexposed environments. I also am a fan of symmetry. I'm inspired by superheroes, fantasy, the human body, and athletes. I like butts.

Why do you think your Instagram is so popular? I've nevermet a shirt I didn't like to take off. Also, a league of extraordinary thirsty gentlemen.

You're often in your underwear in photos. What makes a good pair of undies?
I like 'em snug, simple, and light on the branding. I like a little mystery. Nothing is worse to me than a colorful jockstrap that feels like a puzzle to get off.

Do you ever go commando? I'd go commando if a boy asked me to come over, watch Netflix, and hang out.