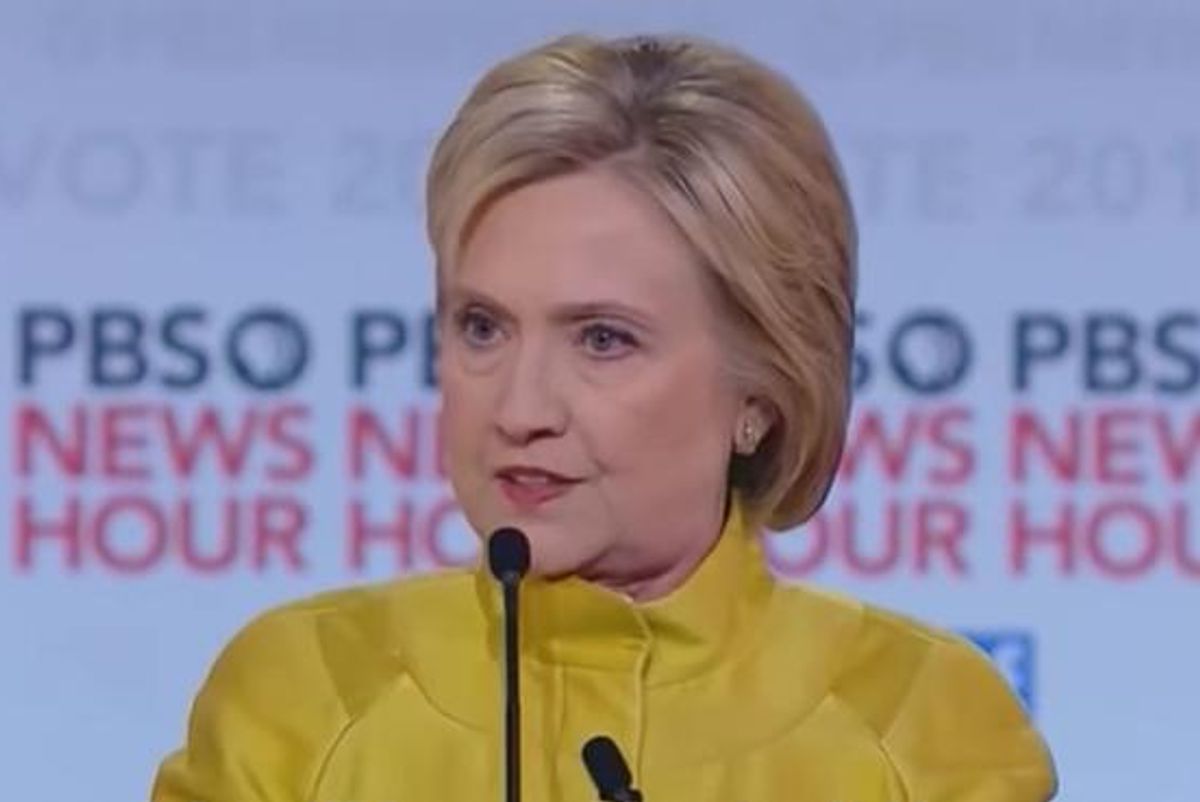 I feel your pain. Would it have been otherwise and we could all be rallying around Bernie. I get it. I voted for Bernie in the primaries and loved his progressive message. Now that it's over and Bernie's conceded and endorsed the Democratic nominee it's time to get real. The world can be a very nasty place. And some of us know this better than others.

As a son of Holocaust survivors, I am one of them. My parents came to this country with a dollar and a dream. Parents, brothers, sisters, aunts, uncles, friends and millions of others were killed, but my mother and father were spared and lucky enough to eventually make it to the United States where they rebuilt their lives, raised a family and got on with making the best of a bad situation. We were immigrants. We were welcomed. We prospered.

I am one of the lucky ones who arrived in this country in time to be a part of a great movement that went on to end the war in Vietnam, to march in Washington with Martin Luther King, Jr., to see women get the right to choose and gays and lesbians the right to marry. I've seen the first African-American President, and now the first woman nominated for the country's highest office. It has been a great run and I don't want to see it end.

I understand the drive to hold out for what you believe in, that politicians are never as good as we would like them to be. But who is? What matters is that we recognize the face of evil when we see it. It's one thing to debate the finer points of policy and character, which we have done ad infinitum. It is another to miss the forest for the trees. Political philosopher Hannah Arendt coined the phrase the "banality of evil" to describe the true horror of the Third Reich. She was talking about the functionaries who carried out Hitler's will, who made it possible for his killing machine to murder millions of Jews and millions more, including gays, the disabled and Gypsies.

There are many whose lives or lifestyles will not be immediately endangered by a Trump presidency. People of means who can put their heads down and get on with it, their hands clean but complicit in the crimes being committed around them. They are straight. They are white. They were born here. They have money. They have jobs. They can afford health care. They have family. They have a house in the country and enough money to travel abroad when it gets too hot in the kitchen. They have never been discriminated against.

I'm not talking about the white males with no college education, Trump's predominant support group who continue to fall for the Republican bait and switch that has led to a gridlocked, obstructionist and dysfunctional Congress. I hope they can see through the scam, but I'm not counting on it. But I still hold out hope that I can reach you, the educated among us who have lost sight of what a personal disaster a Trump presidency could be for the millions of Americans not like you. This is not an existential threat as some have suggested. This is a real threat. A threat of Americans being locked up in detention camps, stripped of their rights. Of losing health insurance. Of the most powerful country on earth going nuclear. Of this country being run like a mean corporation that seeks nothing but profit at all costs. Of the Supreme Court becoming reactionary for the rest of our lives. Of global warming continuing unchecked. Of the world losing a standard bearer they can look to, a country where democracy works and all men and women are created equal.

Yes, I feel your pain. I also feel their pain. But most of all, I feel my pain. This ache in my heart that tells me that this innocent and naïve country that has never seen the face of fascism is flirting with disaster. We cannot afford to hold out in the name of principle, a privilege not shared by many millions who will directly suffer should Trump win. We no longer have the luxury of saying it can't happen here. It is happening here and we must stop it.

One has to always aspire to follow one's conscience. But one has to also know and empathize and realize that this election is bigger than ideology. Voting for the only person who can stop Donald Trump is a mandatory minimum. To sit idly by in the name of "doing the right thing" will make you an enabler, as guilty as the person who actually casts a vote for the man most likely to wreak havoc on the country and the planet.

And please, if you still can't bring yourself to vote for Hillary, don't continue to bash her. Don't sound like a Trump surrogate. Don't go negative. Though your intentions are noble, it plays into Trump's divide and conquer strategy. The big lie is a powerful force planting thoughts in people's minds that once heard cannot be forgotten. It worked for the Nazis too. Be positive about whomever you support. Tell us all the reasons you think that person would make a better President. Hating on Hillary only serves to empower Trump. And I don't think you want to do that.