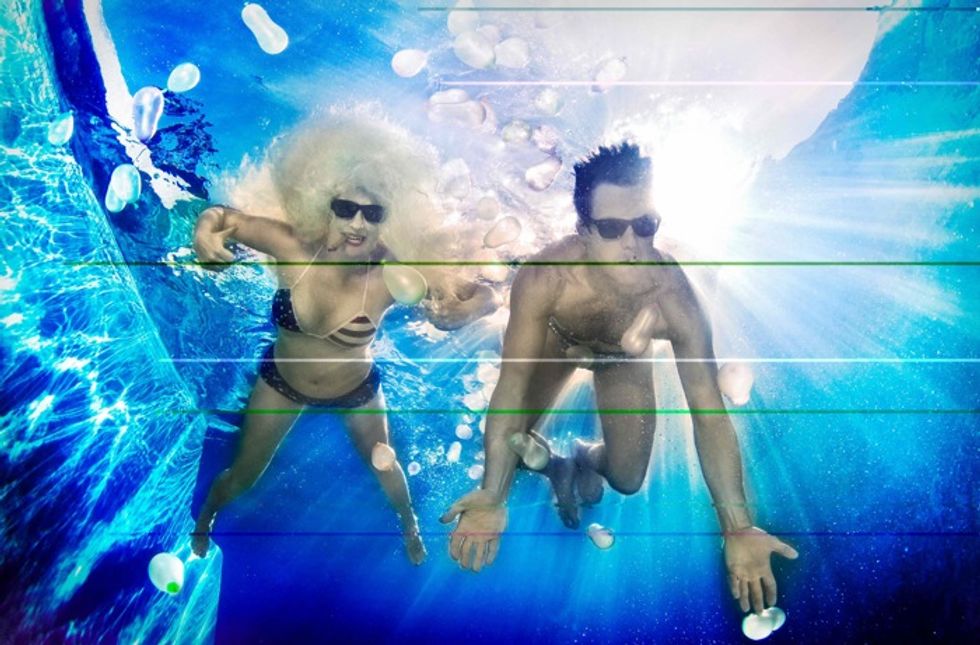 The phrase "experiential theater" fills some people with more dread than a Monday morning, but this Monday morning, one of the UK's most wildly popular (and refreshingly tolerable) experiential theater shows, You Me Bum Bum Train, announced that they'll be doing a new run of a shows this fall to much online fanfare across the pond. Created by artists Kate Bond and Morgan Lloyd back in 2004, the show is designed for audience members to experience it alone and individually (a precursor to the Sleep No More model) and participants are sworn to secrecy. Still, theater reviewers have been known to rhapsodize about their experiences and share a few details. Here's the Guardians Andrew Dickson describing a 2012 show that was set in an old office building:

You entered on your own, in what at Stratford looked like a grimy dentist's waiting room, and with ushers feeding you through to the entrance one by one. It began in humdrum circumstances: with a door that didn't open quite the way you expected it to. But it rapidly progressed into an experience where every turn you took, around a warren-like maze of spaces, became a portal into the unknown, a wonderland in which you played an increasingly astonished Alice.

Once I found myself crawling out of a dumb waiter into a restaurant kitchen where I was abruptly required to prep veg; later I was called upon to lead an exercise class. There was a moment where I had to lecture about a piece of contemporary art I'd never seen before to a crowd of bemused gallery spectators; another when I had to address a funeral in an eerily authentic mockup of a chapel of rest. I had to rinse someone's bangs in a hair salon, then commentate a snooker match. At one point I appeared to be floating above a life-size railway carriage filled with chattering commuters. For me, the most arresting moment of all - summit of a lifetime's daydreams - was emerging to find myself in front of a live chamber orchestra, with a baton and a copy of the overture to Mozart's Marriage of Figaro (if I had my time again, I'd have attacked those woodwind arpeggios near the top with a bit more determination).

So yeah. Woah. Details about the new production are, of course, scarce, but tickets will go on sale June 21st. Those are known to go in a flash, but Bond and Lloyd have said in previous interviews that if you can't snag a ticket, the best way to experience the show is through volunteering. Information on how to do that is here.
You May Also Like
Famous People