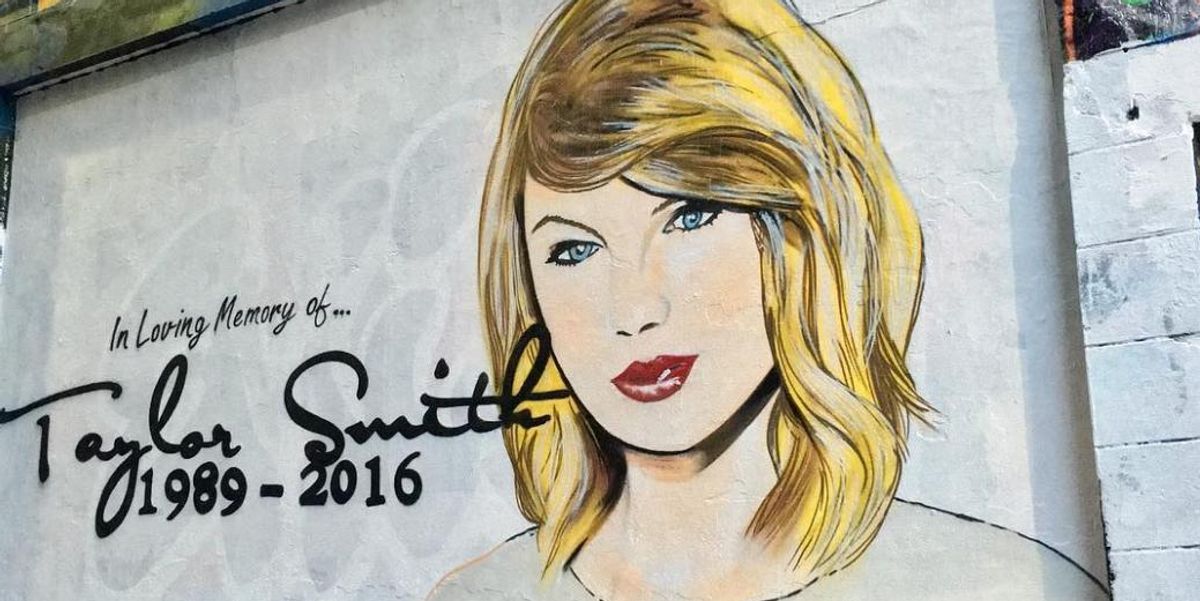 Reading "In loving memory. Taylor Swift, 1989 -2016" and "No tags please, respect the dead," the painting follows Kim Kardashian's epic Snapchat drag, in which she reveals proof of Swift agreeing to that line in Kanye West's "Famous."

Revealed earlier today via Lushsux's Instagram, onlookers have already begun laying flowers and lighting candles beneath the "memorial." However, according to the Daily Mail, there is an misspelling, as the cursive rendering of her name seems to say "Taylor Smith" instead.

Or maybe it wasn't all that "unintentional"? After all, Lushsux seems to have anticipated Swift (lol) legal action.