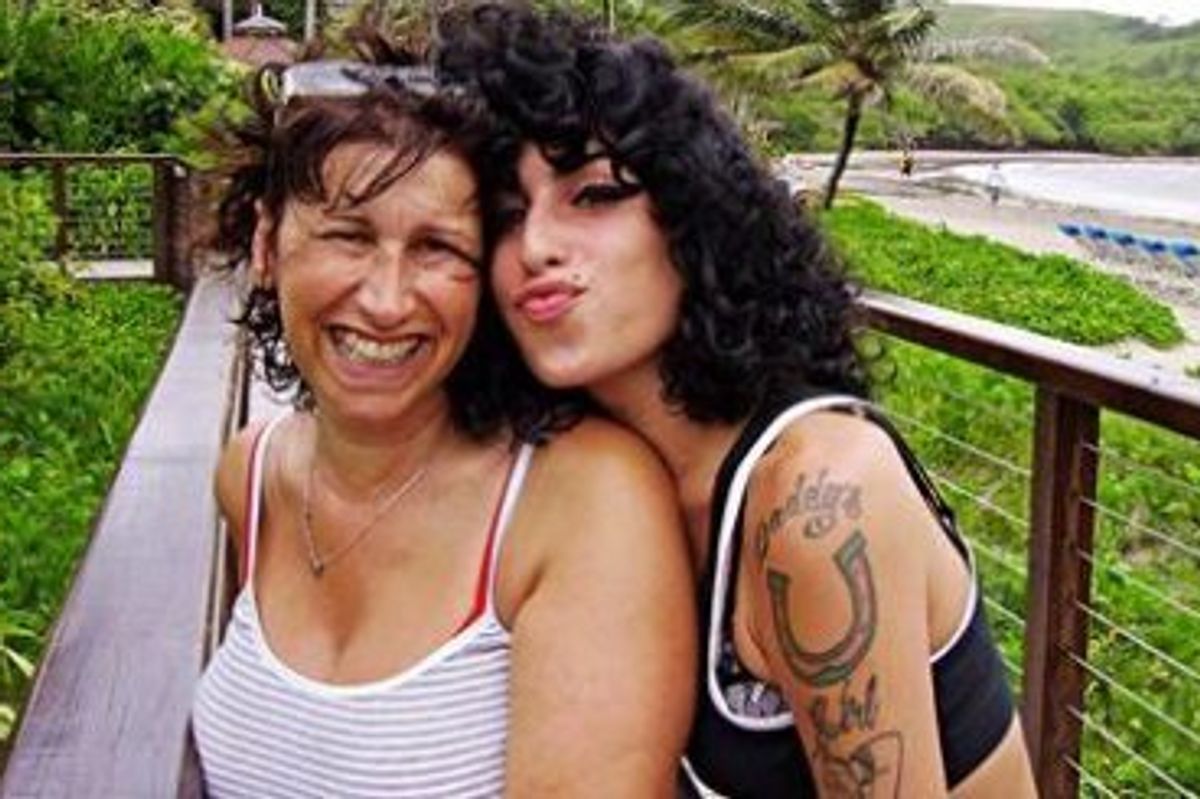 Amy Winehouse's Mother On Her Late Daughter: She Could Have Had Tourette's Syndrome

In her new memoir Loving Amy: A Mother's Story, Janis Winehouse-Collins focuses on her late daughter's early life, where she was as unpredictable as the day she tragically passed away; Amy's reputation as a troubled student earned her the nickname "Hurricane Amy."

Janis speculates that Amy's chaotic behavior may have actually been neurological, specifically Tourette's Syndrome, which is characterized by prominent physical and verbal tics.

"She could well have been almost Tourette's, where she would just shout things out," Janis wrote. "We just do not know."

An un-diagnosed handicap like this, could have very well had a hand in driving Amy to self-medicate with the drugs and alcohol that eventually claimed her life in July of 2011.

Regardless of the darkness, Janis fondly recalls her daughter's inherent gifts, acknowledging that even from a young age, Amy was different.

"I think that she was a special-needs kid in that she was so intelligent," Janis says. "She was so gifted, living in a world where she just wasn't average, where she didn't quite fit in. But it was a great life lived."

We miss you forever, Amy.