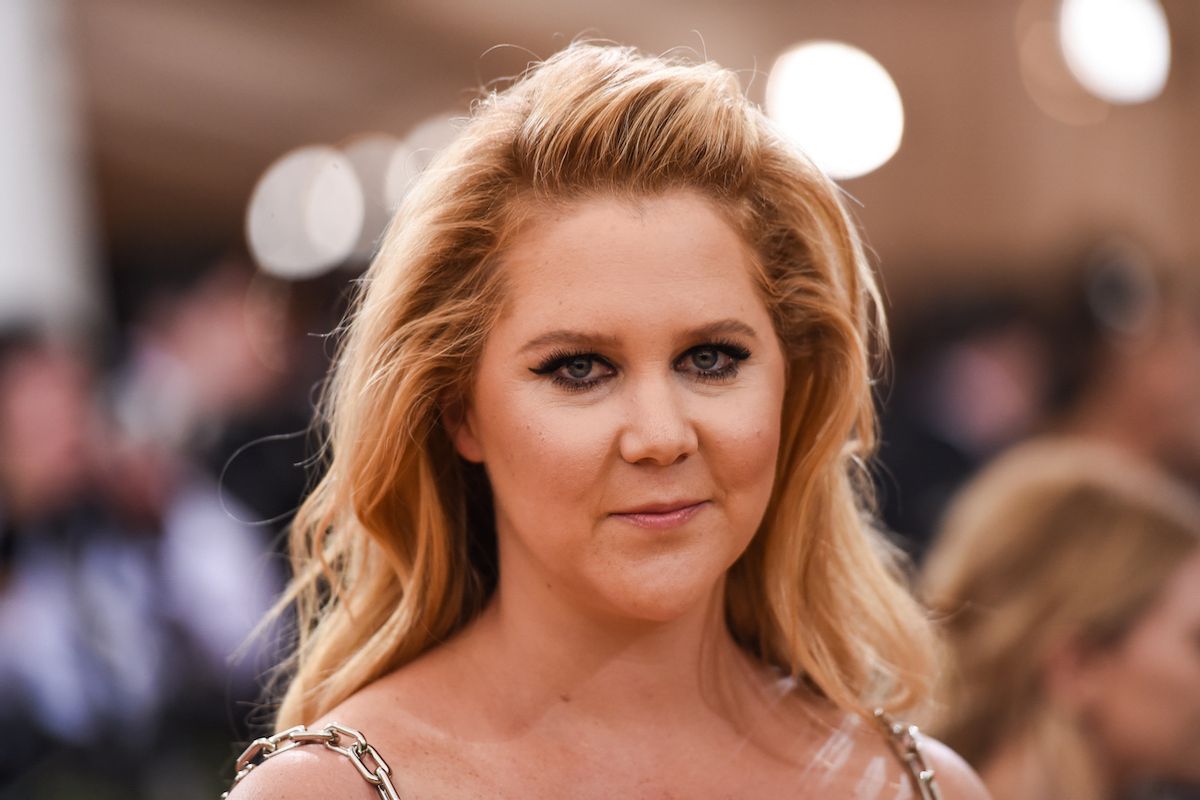 Amy Schumer, staunch Hillary Clinton supporter, took to Instagram (to post that fake Trump meme a lot of other famous people have passed around) to speak out against Trump's victory, as well as those who supported him on Election Day.

She started by clearing up her joke-comment that she'd be fleeing the country in the wake of a Trump win, and slammed those who said it in earnest:

First of all the interview where I said I would move was in London and was said in jest. Not that anyone needs more than a headline to count something as official news. Anyone saying pack your bags is just as disgusting as anyone who voted for this racist homophobic openly disrespectful woman abuser.

She then got right down to it:

People who voted for him you are weak. You are not just misinformed. You didn't even attempt information. You say lock her up and you know something about the word email but what was in the emails? You have no clue. Well I'll tell you if you were able to read this far through the holes in your sheet. They said nothing incriminating. Nothing. She dedicated her entire life to public service and got our children Heath care and education without discrimination. he didn't pay his workers. Started a fake college. Ripped people off. Never paid his taxes and sexually assaulted women and on and on She would have taken care of us.

Schumer articulated why so many celebrities endorsed Clinton, dispelling any contrarian/Trump supporter theories that she and her fellow famous millionaires were on the Clinton payroll:

I personally would have had to pay higher taxes. All the celebrities backing her would have. People asked how much I was paid to stand with her. Nothing. None of us were paid a dollar. We would have had to pay a lot more because we are fortunate enough to make a high income. But we all wanted to do it to take care of the people in need. She was fighting to take care of you kicking and screaming babies. Yelling about emails you know nothing about and not liking her clothes or her hair she wanted to protect you even you. Well you've gotten what you asked for and now you can watch the sky open up. Literally. I am furious. I cry for her and for all the smart people I love who know what's right and I cry for you people who fell for shiny hats and reality catch phrases. She would have protected you. Today we grieve tomorrow we begin again.