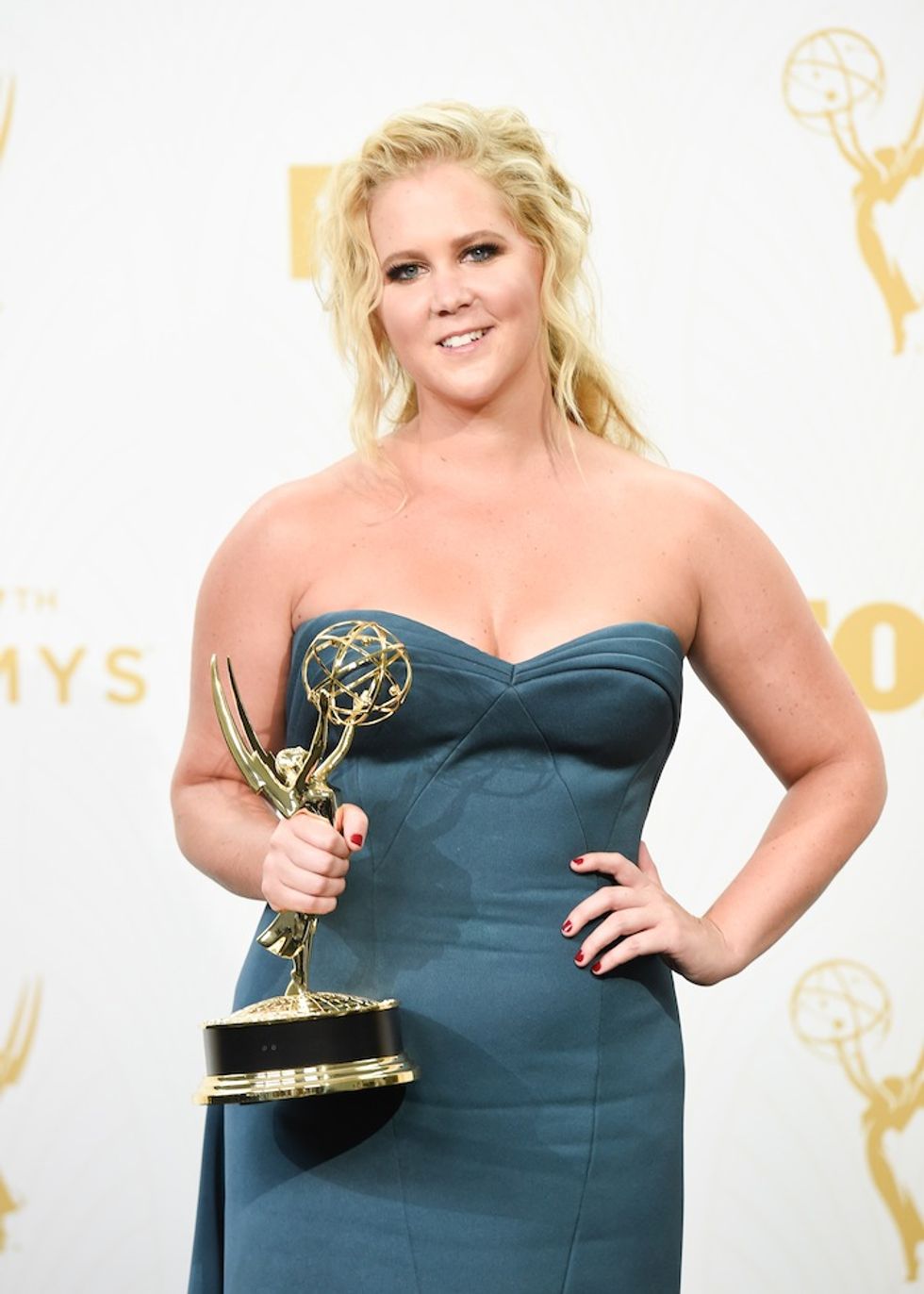 By Sandra Song
PAPERMAG
photo by Billy Farrell / BFA
Speaking to Maria Shriver on the Today show earlier this morning, comedian/actress Amy Schumer opened up about her lifelong struggle with body image.
A fight (obviously) not helped by her astronomical rise within the entertainment industry, Schumer talked about it being a very "emotional thing," adding that when she can't "perform my best or be confident if I'm not sure -- if I'm pulling at something [I'm wearing]" -- with the pressure sometimes getting so discouraging that she gets to the point of wanting "to throw in the towel and be like, 'I'm not gonna go do stand-up tonight.'"
However, Schumer credited Trainwreck stylist Leesa Evans with helping her fight these demons through the power of proper dressing, saying that, "My sister and I, we both have always dressed badly...Leesa had given me this gift of showing me how to dress and feel good" -- which she says has led to quite the boost of confidence.
In fact, Schumer herself is now on a mission to help other women feel good about themselves, by promoting realistic standards and hosting a style empowerment workshop with the Goodwill of Southern California to "educate, inspire and transform women through fashion."
"It was such a gift to be given -- to learn how to dress, to feel good about myself," Schumer said. "And that's the gift we want to give everyone, everywhere."
You May Also Like
Break the Internet ®