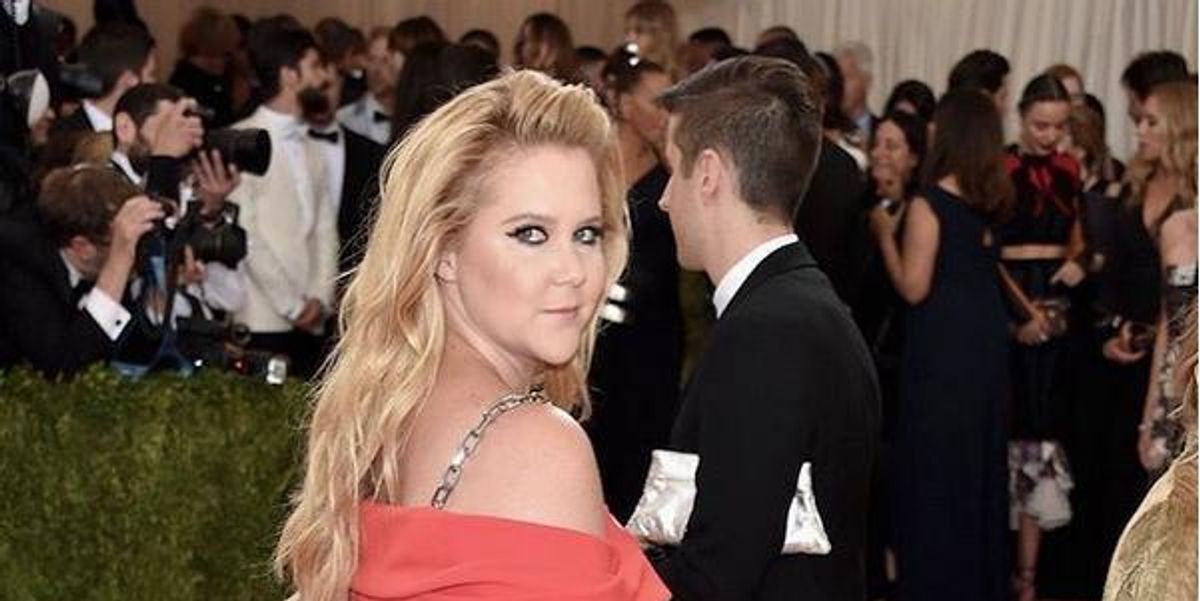 Amy Schumer had a few thangs to say about Vogue's Met Ball on Howard Stern, where she went on to promote her much anticipated book, The Girl With the Lower Back Tattoo.

Schumer told Stern that the whole thing isn't for her, which, reasonable, but made it reeeeeally clear.

I left, not the second I could; I left earlier than I should have been allowed. I got to meet Beyoncé, and she was like, 'Is this your first Met Gala?' and I was like, 'It's my last.' I should be grateful I was invited or something, but it felt like a punishment. It's not me

"PUNISHMENTS!!!!!!!" Anna Wintour, handing you random silverware as you walk up those mountainous library steps.

We're dressed up like a bunch of fucking assholes and I have no interest in fashion. I like the idea of coming up with a way to dress that's more comfortable, that looks cool, that sounds good to me. But other than that, I don't care.

It might be hard for some people to conceive how getting a custom-made dress by one of the most genius designers of this era, and going to a beautiful party in held in vast and ceaseless corridors of a world-famous museum, could be viewed as punishment.

But if I had to bear witness to Taylor Swift and Tom Hiddleston's Danse Macabre, I'd bolt, too.