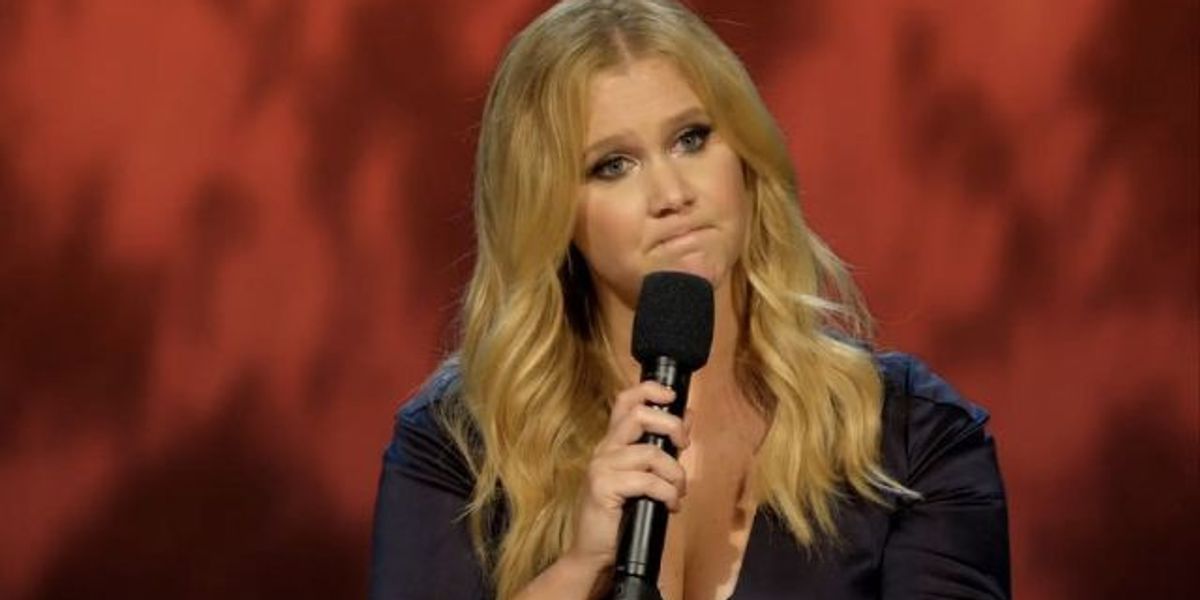 For anyone who doesn't know (and truly, I envy you) Jackson Murphy, aka Lights Camera Jackson, is a 17-year-old "film critic" slash horror, who, after unfortunately being indulged by famous critics like Roger Ebert, won two New York Emmy awards at age 11 for his "editorials" and on camera reviews of movies made by humans.

Since then, Jackson has been paid for terrorizing the Internet with his obnoxious and inappropriate opinions of an art he has no business reviewing on a professional level, regardless of whether he has some semblance of understanding for film.

Watch below, as "LCJ" gives Her--directed by genius Spike Jonez--a "C+" for being "too wacky!"

If you're like me, and you've often had to scream into pillows rather than respond to this teenager online, you can rest easy, because Amy Schumer silenced Jackson this afternoon, after he posted a truly sexist tweet at an adult woman.

Jackson was interviewing nominees on the red carpet for the Critics Choice Awards last night, and Schumer (who won multlple awards for her excellent movie Trainwreck and show Inside Amy Schumer) took the time to pose for a picture with the teen.

In return, Jackson posted this (now deleted) tweet, directed at Amy, which was promptly demolished by Schumer herself.

Obviously, teens say stupid things on the Internet, but if you're not going to learn how to be respectful of women from your dumb ass parents, no better person to teach you than Ms. Amy Schumer.

Have fun in college, Jackson.