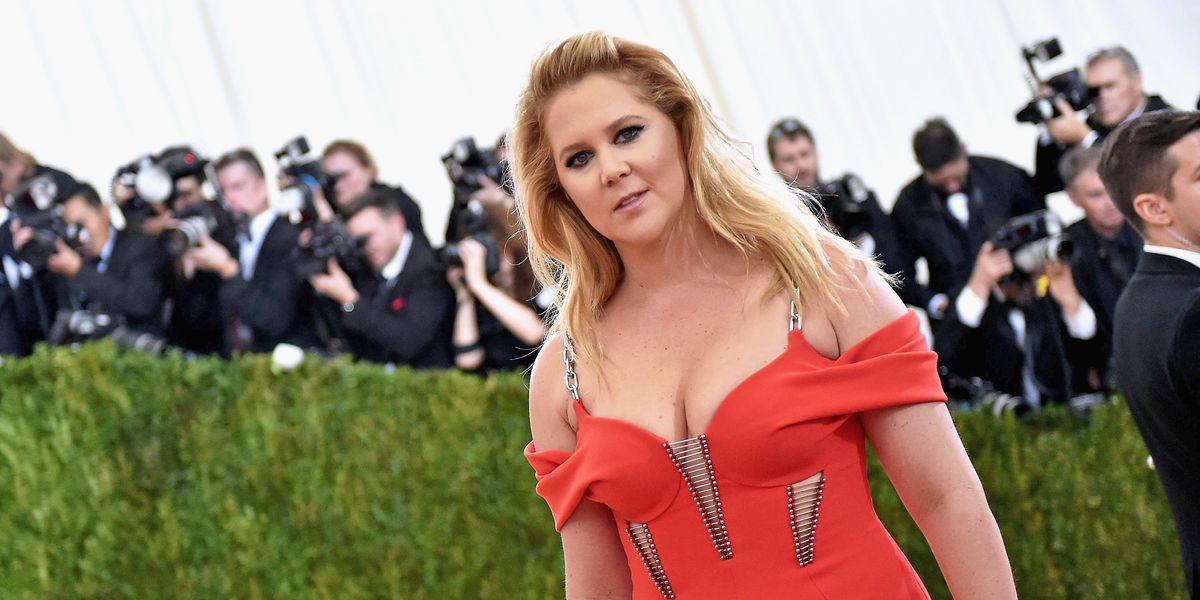 Amy Schumer Is Undecided On the Aziz Ansari Scandal

As one of the first of Aziz Ansari's cohorts to weigh in on the viral Babe exposé, Amy Schumer danced and slid her way down a very slippery slope — a slope that last week was expertly parodied by SNL.

Speaking to Katie Couric in a podcast, Schumer addressed the incident in which a girl felt pressured to have sex with Ansari after a date and gave her two cents as to whether Ansari should be crucified by the public.

"I think now there's no excuse," Schumer said. "And if you have a doctor that makes you uncomfortable, or you get a massage, or you have a date with someone and they coerce you in a situation like the Aziz one, I don't think there's any sort of criminal charge, but I think that it's good for everybody to learn that that behavior's not acceptable."

However, Ansari (for all we know) remains Schumer's friend, and likely for that reason appeared conflicted as to how this should affect Ansari's career going forth. "I don't think anyone wants to see Aziz's career ruined or his life ruined or anything like that, but that's where people's minds go," she said.

She continued, suggesting that while women don't necessarily encourage attention, it's difficult for us not to play coy or flirt our way out of discomfort — something, Schumer says, that must come to an end.

"I want to come up with a little bit of a code of conduct for us as women because I think a lot of men are really confused right now, and are like 'Wait, this has been cool for so long.' Our dynamic at the office, or the gym, or whatever, it's been... we kind of flirt," she said. "And we have all done this, we just flirt back with them so it's not uncomfortable. Or maybe we have some sort of advantage: 'Oh you know, this guy has feelings for me, so I kinda prey on that.' We've all been there. And we can't do that anymore."