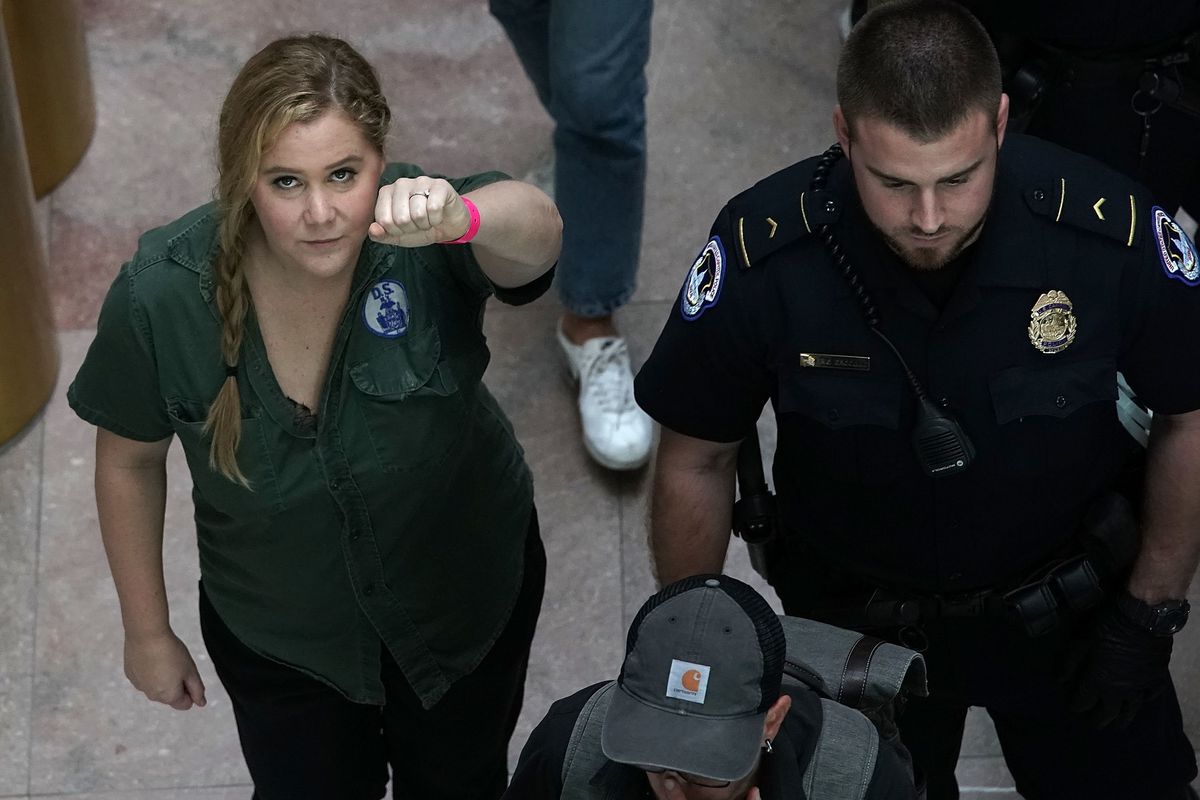 Amy Schumer and Emily Ratajowski were among those detained at a protest against the confirmation of Supreme Court nominee Brett Kavanaugh in Washington, D.C.

Dozens of protestors were held at the Hart Senate Office Building on Capitol Hill. MSNBC released a video of Schumer being detained:

In a video sent to the daughter of a protestor who was there alongside Schumer, the actress said, "I think we're going to get arrested." Amy is also the cousin of New York Democratic Senator Chuck Schumer.

Actress and model Emily Ratajowski was also detained, according to an image she posted to Twitter of herself protesting at the Capitol on Instagram with the caption: "Today I was arrested protesting the Supreme Court nomination of Brett Kavanaugh, a man who has been accused by multiple women of sexual assault. Men who hurt women can no longer be placed in positions of power. Kavanaugh's confirmation as a Justice of the Supreme Court of the United States is a message to women in this country that they do not matter. I demand a government that acknowledges, respects and supports women as much as it does men."

Emily Ratajkowski on Instagram: “Today I was arrested protesting the Supreme Court nomination of Brett Kavanaugh, a man who has been accused by multiple women of sexual…”

Kavanaugh's confirmation to the highest court in the land is considered all but inevitable as the FBI revealed its investigation turned up no evidence to support the accusations of assault against him. Leading Democrats have called this investigation a "sham," as key witnesses—including Ford and Kavanaugh themselves—were not interviewed, and the whole process was completed in under a week's time.