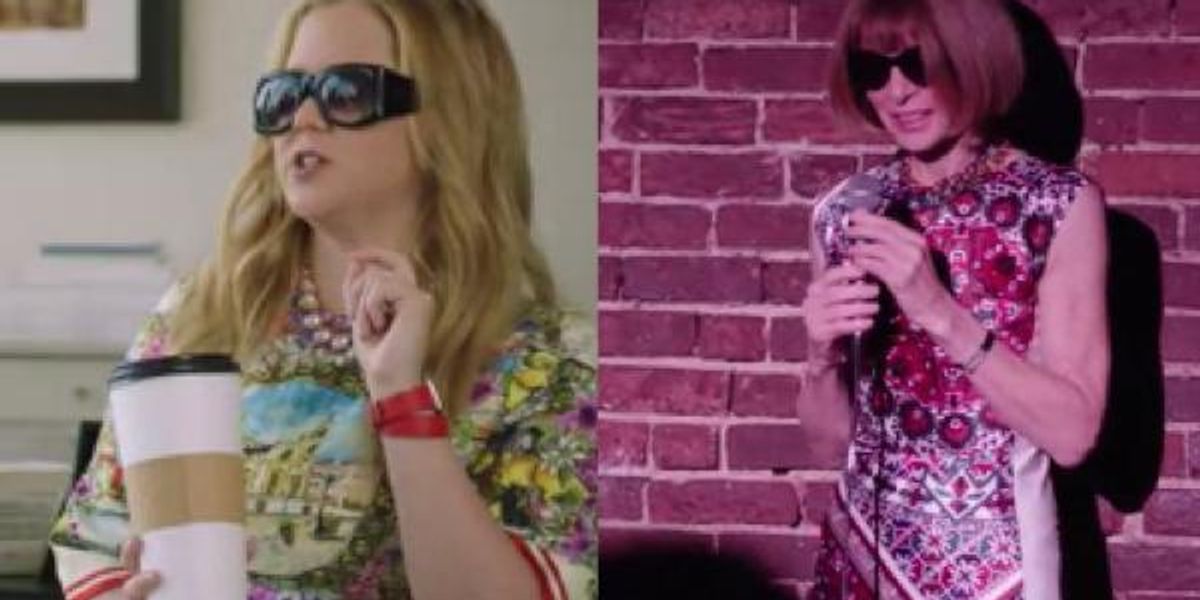 National treasure, Amy Schumer, graces the July cover of Vogue this month, looking absolutely stunning a red Dolce & Gabbana dress, in a photo by none other than Annie Leibovitz.

The cover story, written by Vogue veteran Jonathan Van Meter, follows the solar flare of a comedian as she embarks on her US comedy tour.

But in promotion for the issue, Schumer and Vogue overlordess, Anna Wintour, did a little Freaky Friday action, and swapped lives for the day.

"I think your job looks...pretty easy, actually," Amy says in the sketch, adding that what she, herself, does is "noble."

After doing a little impression of Ms. Wintour, Anna then imitates Amy's stand-up, mockingly saying, "Men and women are sooooo different; here's way," into a pencil-microphone.

The two agree to switch roles for the day, with Amy struggling a little more than Anna...

Watch this on The Scene.
You May Also Like
Entertainment