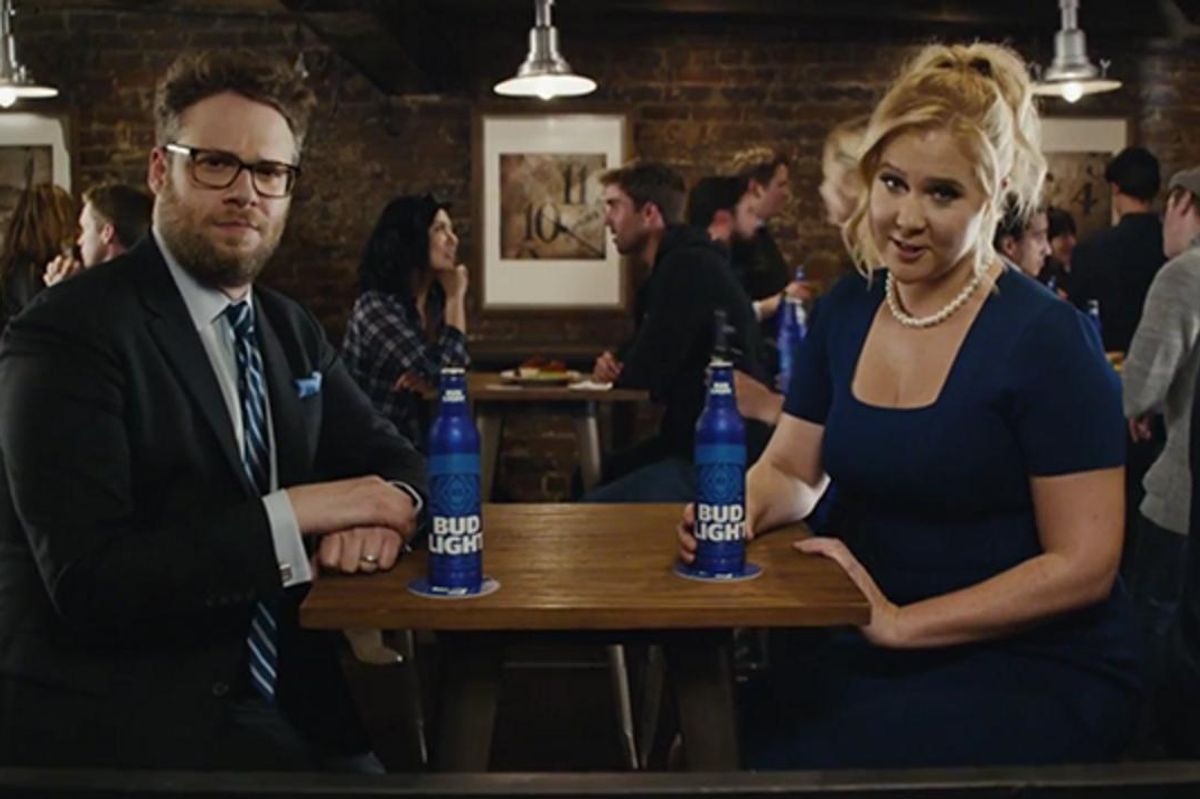 Because who doesn't love a feel-good ad?

The most menacing, unflinchingly sexist gap in America is not the thigh gap, but the pay gap -- and Amy Schumer and Seth Rogan's Bud Light ad is here to talk about it.

The ad is the latest in the election-themed campaign called "Bud Light Party." The campaign kicked off during the Super Bowl with political parody ads and a spot celebrating gay marriage. In a statement, Bud Light's Vice President Alex Lambrecht had this to say: "The Bud Light Party is about bringing people together and sparking national conversations around timely topics. In our newest spot, Seth and Amy have a colorful banter surrounding the matter of equal pay—which the Bud Light Party proudly supports."

According to the newest U.S. Census report, women make 79 cents to every dollar men make in America. Most reasonable people, regardless of political party affiliation or gender, think that's pretty messed up -- as Amy herself has talked about on her show before. And whenever there's a consensus that something is a no-no-- like harsh beauty ideals or vague gender disparity-- corporations start to cash-in, creating feel-good adverts that could only alienate a complete nutter.

Watch the ad for yourself below.