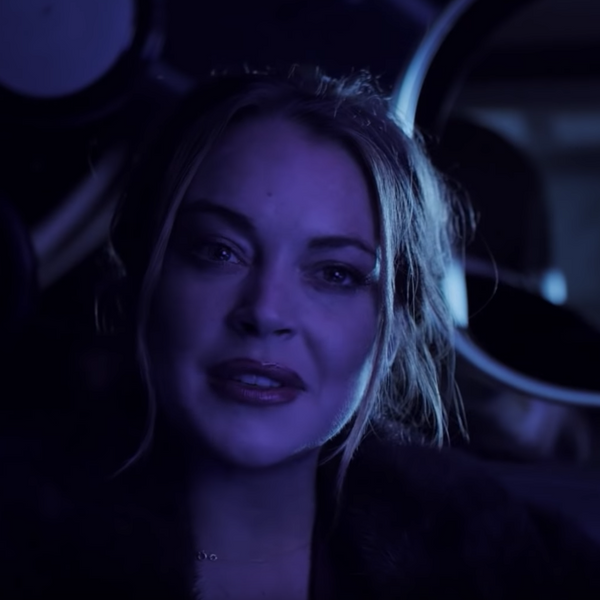 Lindsay Lohan is many things, but among her talents is acting.

Her current role is a self-proclaimed "boss bitch" on MTV's Vanderpump Rules-style show, Lohan's Beach Club. If you're at all curious about how that's all shaking out, from drunken make-outs to bizarre Lohan power moves, PAPER's own Kat Gillespie has treated us to weekly recaps so hilarious, they're enough to make up for whatever continuity that show lacks. Either way, it's great to see more Lindsay these days, and I can't recommend those recaps enough.

But we also mean that Lohan is still a movie star, though it's admittedly been some time since we've seen the cult figure in a leading role. Her latest work is a thriller called Among the Shadows, and it is out now, playing on video-on-demand. Apparently, she's a "boss bitch" in new form, as she's... trying to stop werewolves from killing her politician husband?

Vulture describes the scene, below, as one in which she "confronts a guy with ties to a European fossil fuels company who is willing to cut a deal with the husband if he'll drop out of his upcoming race." I don't... understand that?

But if anyone's got the range whether it's satirical teen comedy, biopic (playing Liz Taylor for Lifetime of all places), or horror movie (remember when she played a disabled stripper in I Know Who Killed Me?), it's Lindsay Lohan.