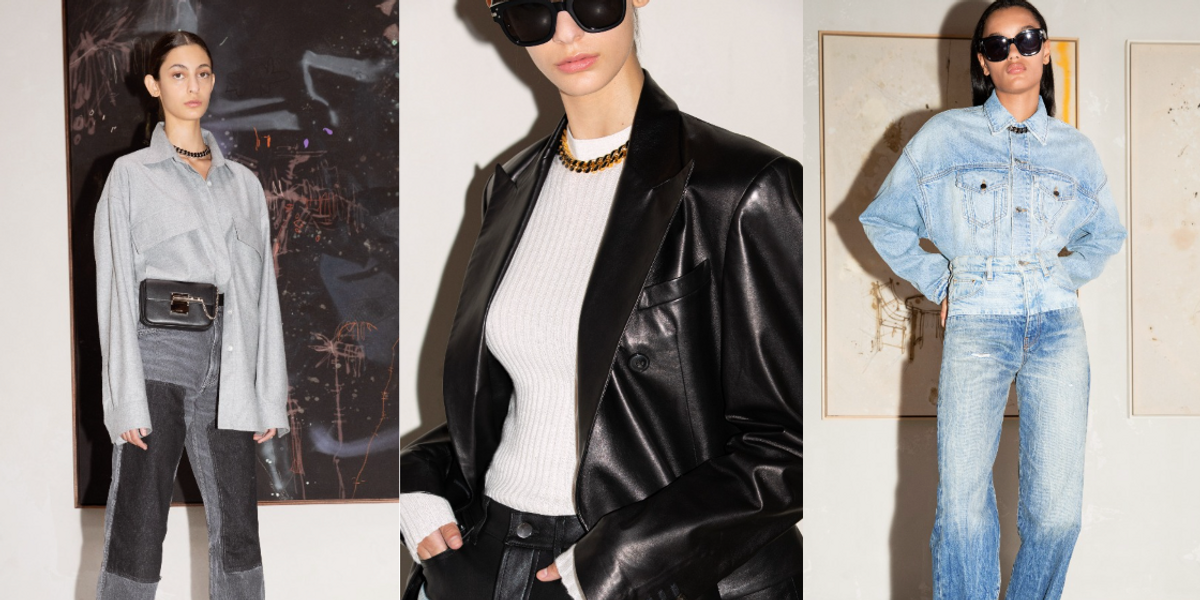 If you've ever wanted to be a female rockstar, now's your chance.

For the debut, Amiri carved out his clear impression of the high-class California girl. Tailored yet relaxed silhouettes exuded West Coast ease. A sophisticated, neutral color palette composed of alabasters, creams, browns and black would fit right at home in Calabasas, just a stone's throw away from the flagship store in Beverly Hills. Styling tones down the collection's formal overcoats and double-breasted suit jackets, often pairing ensembles with white sneakers, exotic pointed-toe booties, and oversized glasses meant for soaking up the California sun.

Denim steals the show, with the brand's staple pieces making an appearance on the female form deconstructed with other textiles. Roomy suits and flared slacks in leather, cashmere, and wool feel reminiscent of rich mom closet staples. Models, lounging around on chairs in oversized cuts or holding massive luggage bags, resemble The Row's cooler, younger sister with a love for vibes and Erewhon's green juice. If the AMIRI woman isn't the new standard for LA chic, we don't know what is.

Browse the full debut collection in the gallery, below.