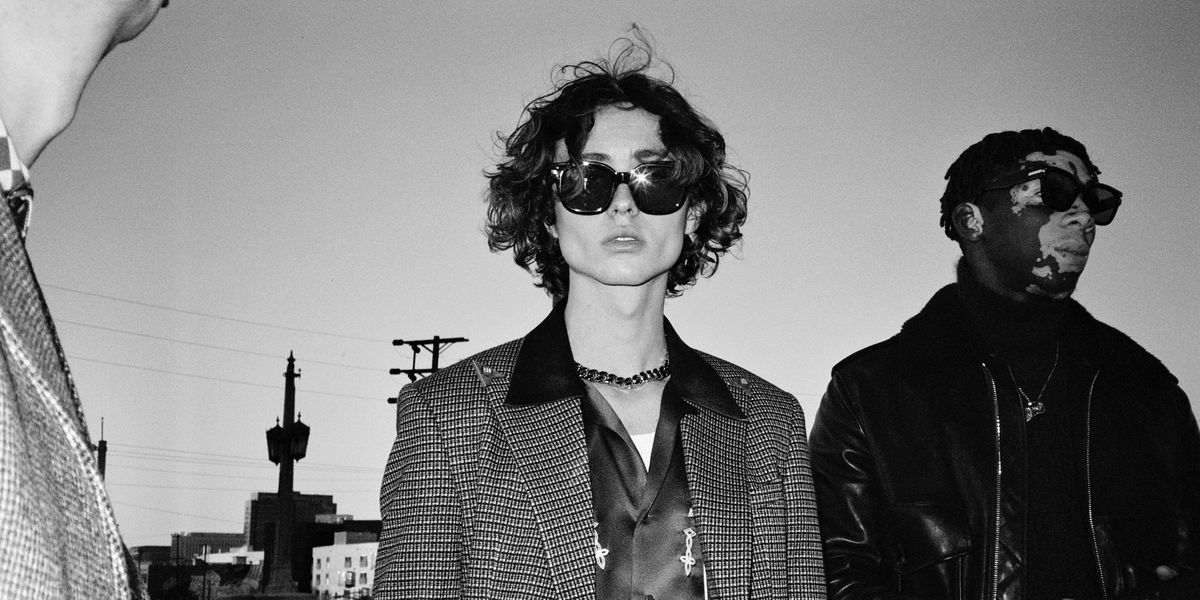 The Amiri fashion label has long been associate with its founder Mike's sense of Southern California cool, but his latest collection takes it even further with a show dedicated entirely to its Downtown LA roots. (Its first studio opened there in 2009.)

Related | Amiri Is Looking for the Next Great American Designer

Filmed on the 4th Street bridge in front of the city's skyscrapers, the show was an homage to the area's cultural history and beginnings — a time where artists and creatives came in droves to the former industrial buildings and lofts to partake in the city's nightlife.

The film, directed by Cara Stricker featuring a soundtrack from The Roots, captures that easy LA-something vibe, too. Models pacing around the empty bridge look utterly relaxed and carefree in their bootcut jeans, slick leather jackets and roomy suits.

Check out behind-the-scenes shots from the show and watch the full video, below.