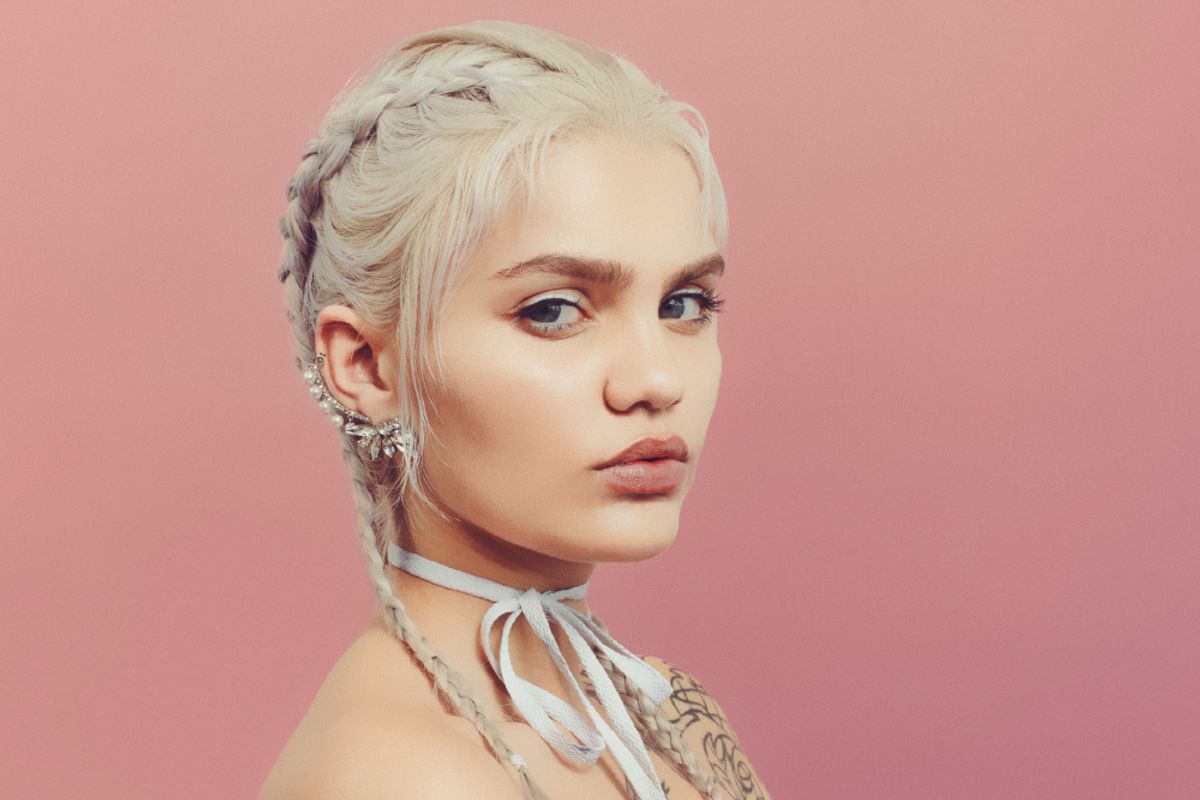 Meet Amina Blue, the Stereotype-Busting Model Whose Fans Include Kanye and Carine Roitfeld

She got her start modeling a nude thong in Yeezy Season 1.

"The high-fashion world doesn't really like curves and tattoos," model Amina Blue says. But that may soon be changing, thanks to her. The 23-year-old Queens native got her start in music videos and urban modeling before making her runway debut -- in a nude thong -- for Kanye West's Yeezy Season 1. Blue was initially cast as just a fit model, but the Yeezy team "kept asking me to come back every day for weeks, and then they said, 'We want you in the show,'" she recalls. She went on to catch the eye of Carine Roitfeld, who featured Blue in her CR Fashion Book. Along with modeling, Blue's an outspoken animal rights activist and a dedicated vegan; she's even got a line of cruelty-free shoes in the works. In the midst of all this, she's also filming a reality show that follows Blue and some of her fellow models as they move out of urban modeling. Of being able to bust catwalk stereotypes, Blue says, "I'm proud to open that door and have people accept that there's different types of women."