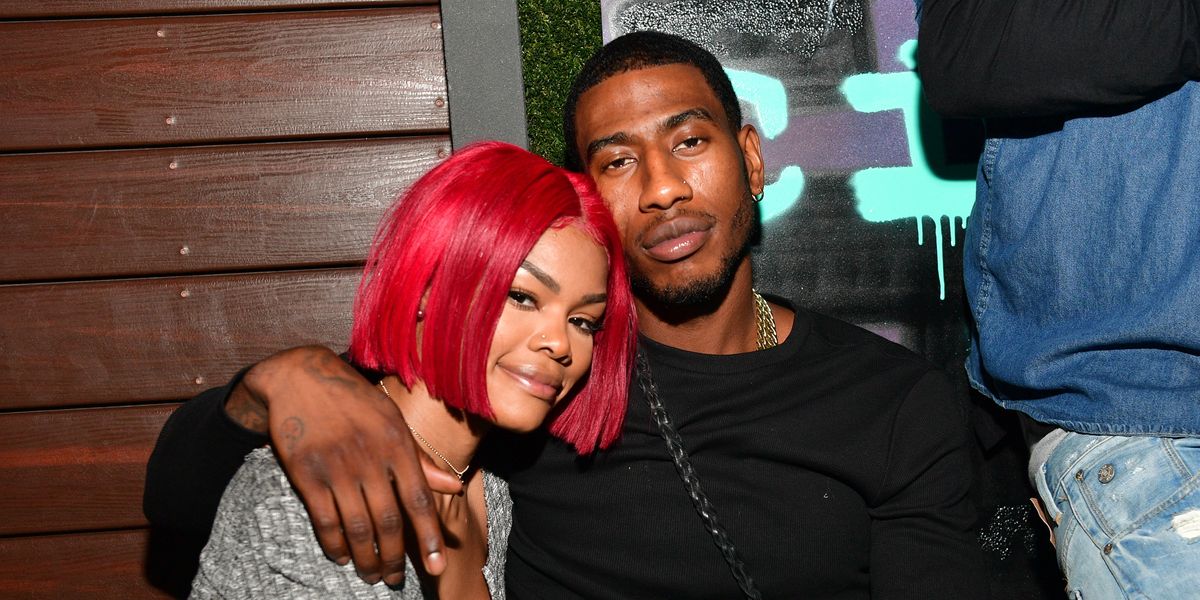 Teyana Taylor just shared a trailer for her new reality TV show with husband Iman Shumpert and it's pure perfection. The two discuss portraying positive images of black love on television before getting completely derailed by their adorable daughter Junie's desire to eat a lollipop off the floor. Heaven is a place on earth.

Deadline shared the news this morning that lovebirds Teyana Taylor and Iman Shumpert are going to star in their very own reality TV show for VH1. We hoped this day would come. We prayed this day would come. There's just no possible way it won't be great. Aside from the fact that Teyana is the musician/dancer/supermodel of our dreams, their daughter Junie is the cutest, and as a couple they're the prettiest kitty-cat people in the biz, these two have a watchability factor that cannot be denied.

I mean, there is a good argument to be made for watching these two bicker about pop vs. soda while wearing matching Popeye t-shirts for AT LEAST an hour every week.

Teyana & Iman will premiere on February 19th. Praise be.