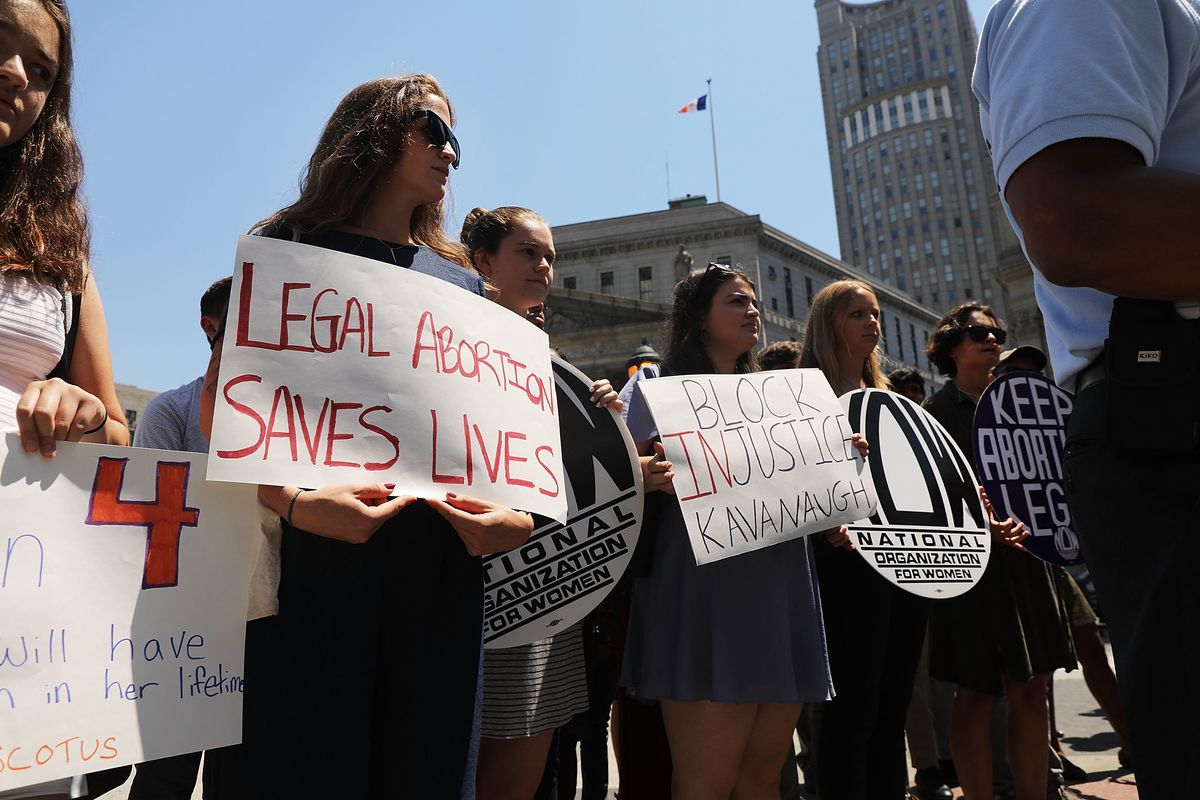 As Brett Kavanaugh's appointment to the US Supreme Court edges closer and closer, a timely poll released by Axios makes it clear that the vast majority of Americans want justices to leave Roe v. Wade alone and safeguard abortion rights.

The independent survey of 2033 people finds that legal abortion is supported by pretty much everyone, even within the groups you wouldn't necessarily expect: #NeverHillary independent voters, for example, as well as the suburban white women voters who we have to thank for Trump's presidency.

When it comes to Kavanaugh himself –– noting that his stance on abortion precedent has remained unclear during the hearing process, although he is a known conservative — opinions are more evenly split: 44 percent of voters disapprove of his nomination.

His past rulings, writings and evasive answers before the Judiciary Committee lead to the inescapable conclusion th… https://t.co/ly7cbaQPuw
— Mark Warner (@Mark Warner)1536674942.0

This isn't the first poll to find that Americans want to keep abortion safe and legal — a similar survey conducted in the wake of Justice Kennedy's resignation in June also showed 70 percent of voters support Roe v. Wade.

If Kavanaugh is appointed, it is likely the Supreme Court bench will remain tilted in favor of conservatives for a generation. Which means that Roe v. Wade is a key piece of legal precedent under threat.