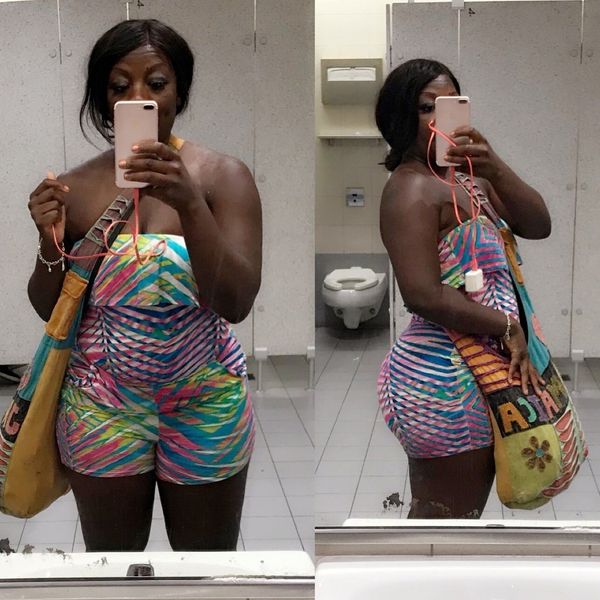 Do aeroplanes... have dress codes? Apparently yes, but they're only sporadically enforced. Thirty seven-year-old Dr. Tisha Rowe had her body policed by American Airlines when attempting to board a flight home to Miami from Jamaica late last month. She was told by flight attendants she and her son couldn't board because her romper was too revealing. They were eventually let back on when she covered up with a blanket.

Now the story is going viral, and for good reason. On Twitter, Rowe points out a white woman would probably have been allowed on the plane in the same outfit. "We are policed for being black," she writes. "Our bodies are over sexualized as women and we must ADJUST to make everyone around us comfortable. I've seen white women with much shorter shorts board a plane without a blink of an eye. I guess if it's a "nice ass" vs a @Serena Booty it's okay..."

American Airlines has issued a vague apology and refunded Rowe's flight, releasing a statement on Tuesday declaring, "We are proud to serve customers of all backgrounds and are committed to providing a positive, safe travel experience for everyone who flies with us."

Is that enough compensation for the humiliating experience? Many of her supporters think not.

As the story heats up, many women are now posting photos of similar rompers that they successfully boarded planes while wearing, out of solidarity with Rowe. Which is kind of cute to watch, and the only positive to come out of this messy situation.