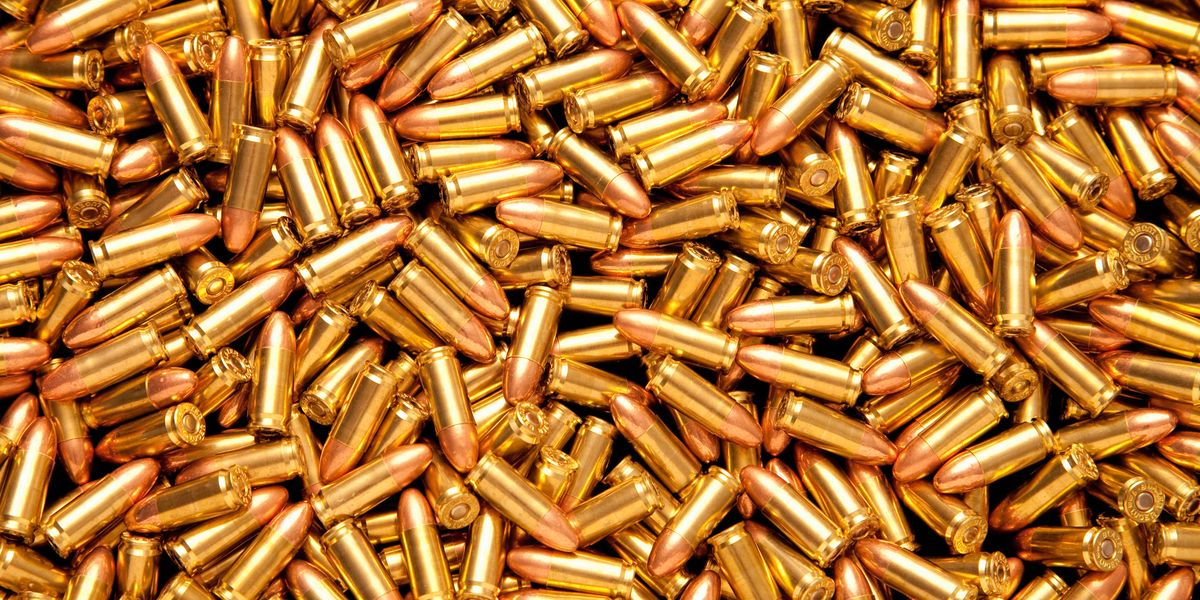 On Wednesday, 19-year-old Nikolas Cruz took a slight variation of America's sweetheart rifle, the AK-15, to Marjory Stoneman Douglas High School and murdered 17 students. This marks the latest school shooting in 2018, bringing the number up to 30. In response, many conservatives around the nation are using the typical trope: People kill, not guns. While it's true that guns don't pick themselves up and kill, they're still an integral part of today's violence epidemic.

Gun control in America is a mess.

In Florida, where Cruz committed his premeditated murders, there's only a three-day waiting period for buying a handgun. But according to the New York Times, if you don't have a felony record, domestic abuse conviction, or other exceptions, you just need to clear a background check in order to immediately walk out with an AR-style rifle and ammunition. You must be 21 to buy a handgun, but 18-year-olds can buy a semi-automatic rifle.

No other country in the developed world has nearly as much gun violence as us. Let's look at the People's Republic of China, Australia, Japan, and our neighbor Canada:

In China, according to the Library of Congress, article 125 of the Criminal Law states that those who illegally manufacture, trade, transport, mail, or store any guns, ammunition or explosives will be sentenced to imprisonment of up to 10 years. If the circumstances are serious, the offender can face 10 plus years of imprisonment, life imprisonment, or death. Illegal possession, concealment, loaning, or leasing firearms, ammunition, or explosives can also result in police surveillance, criminal detention, or imprisonment for up to seven years. Unless you're a high-ranking military official, police officer, or somebody working in law enforcement, you're not going to get your hands on a gun in China.

On Western media, only two cases of gun-related violence were reported in China. One incident in Panzhihua, January 2017, and the other incident was in 2015. According to a chart by NPR and the IHME (Institute for Health Metrics and Evaluation), out of 100,000 people in 2016, only 0.03 in China died because of gun deaths, whilst in America it was 3.85. That's approximately 123.333% more than China.

In Australia, after the horrific 1996 massacre in Tasmania, then-Prime Minister John Howard introduced intensive gun control measures. And debunking every N.R.A, gun-rights fanatic, and Donald Trump's insistence that mass shootings are due to mental illness and not guns, Australia hasn't had a mass shooting for 18 years.

Now let's talk about Japan, which has some of the strictest gun laws internationally, and our neighbor Canada where it is legal to purchase firearms. In Japan, obtaining a gun is a trek. According to a 2012 piece in the Atlantic, Max Fisher walks us through the process:

"To get a gun in Japan, first, you have to attend an all-day class and pass a written test, which are held only once per month. You also must take and pass a shooting range class. Then, head over to a hospital for a mental test and drug test (Japan is unusual in that potential gun owners must affirmatively prove their mental fitness), which you'll file with the police. Finally, pass a rigorous background check for any criminal record or association with criminal or extremist groups, and you will be the proud new owner of your shotgun or air rifle. Just don't forget to provide police with documentation on the specific location of the gun in your home, as well as the ammo, both of which must be locked and stored separately. And remember to have the police inspect the gun once per year and to re-take the class and exam every three years."

After the mayor of Nagasaki City was killed in 2007 by a member of the Yamaguchi-Gumi, Japanese gun laws have become increasingly strict. Illegal ownership of a gun results in 10 years of prison, while ownership of more than one goes up to 15, and the years keep racking up if you own matching ammunition. If you actually use the firearm in public? A life sentence.

The gun laws are so strict that even the yakuza, a blanket term for all organized crime groups in Japan, use fake guns to avoid the heavy fines. A police officer in Osaka's Crime Control Division commented: "In the de facto world of law enforcement, when a yakuza fires a gun, we're almost always going to charge them with attempted murder — which is a very heavy crime and serious time in 'the pig-house' [jail]. Guns kill people, so if you use one, intent to kill is right there. Toy guns? Not so much […] Unless you're an old gangster and wanting to stay in jail until you die because you got nowhere else to go, you don't use a gun. The crime isn't worth the time in jail."

According to the National Police Agency of Japan, in a country with more than 122 million people, Japan only had 12 shootings in the first half of 2017. Out of those 12 shootings, eight were believed to be in connection with organized crime.

It's only understandable that the Japan Times published an article, essentially astonished at recent U.S. laws regarding gun possession — specifically about how post-shooting in Las Vegas, Republicans approved a bill in December which makes it easier for gun-owners to carry concealed weapons across state lines.

And finally, let's look at our dear neighbor Canada, and specifically at the official laws listed by the Royal Canadian Mounted Police:

Individuals who do not yet have a firearms licence, or who wish to change their licence privileges to include restricted firearms, must apply for a Possession and Acquisition Licence (PAL - form RCMP 5592).

Individuals must participate in the Canadian Restricted Firearms Safety Course and pass the tests to be eligible for a PAL with restricted privileges."

The Human Development Index reports that America has six times the amount of gun-related homicides than Canada. Detroit suffered 302 homicides in 2016, according to the Detroit Free Press. In 2016, Canada suffered 0.48 per 100,000 gun related deaths. One might assume that Canada would suffer from a higher number of violence because of the close border proximity, but the statistics say otherwise.

So there you have it: Four countries with varying political practices, morals, and cultures all share one thing in common: Significantly less gun violence compared to America because of strict gun laws.

America was founded on democracy, but when a "privilege" such as gun ownership is facilitating the massacre of innocent individuals, we have to reevaluate our constitution.

Otherwise, we may as well start a countdown until the next mass shooting happens in 2018.