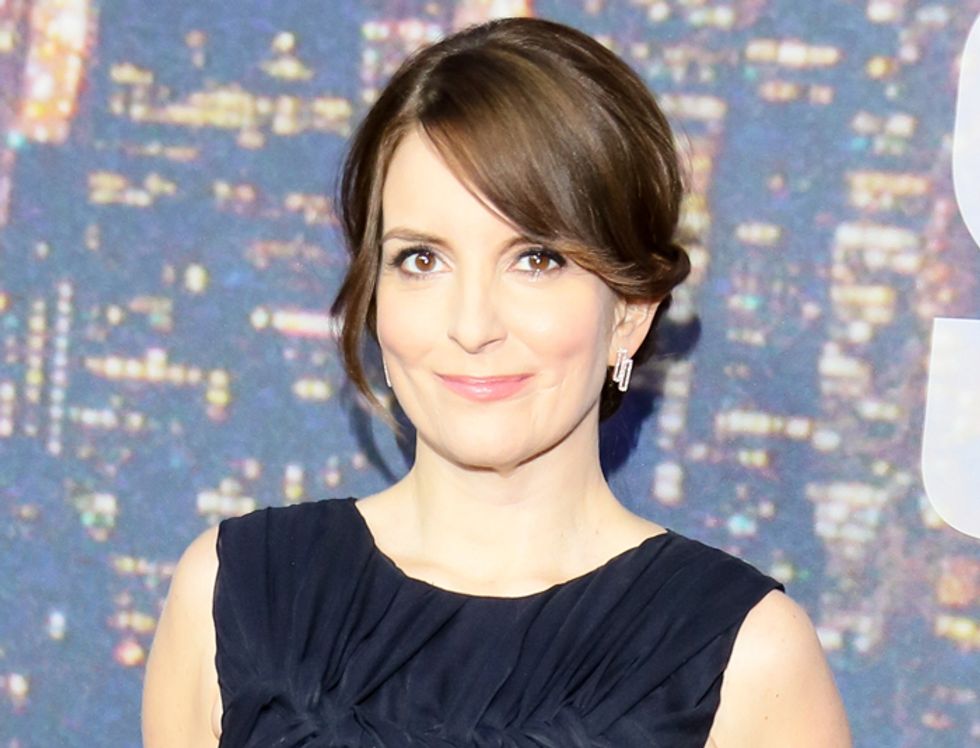 by Gabby Bess
PAPERMAG
Photo via Max Lakner/BFAnyc.com
We can all agree that we need more Tina Fey in our lives. Sure, she's executive producing the excellent Unbreakable Kimmy Schmidt and starring in an upcoming movie with Amy Poehler, but her on-screen presence has been noticeably missing as of late. The good news is that our fair lady of comedy might be coming back to TV, if we -- as humble, poll-participating Americans -- have our way. Time reports that according to a new Quinnipiac University National Poll, 19% of people asked want Tina Fey to take over the Daily Show. Those polled favored Fey over Dennis Miller, #freethenipple advocate Chelsea Handler, John Oliver and Craig Ferguson. For some reason, non-comedian Brian Williams was also in the mix, only pulling in 7% of votes.

Unfortunately, the Daily Show is not a democracy, so this poll of 1,300 registered voters doesn't mean much. (Also of note: the largest majority of people from this same poll chose FOX News as their most reliable news source, so...) But maybe we could all start a Kickstarter or a Change.org petition that would be equally as useless? I don't know, just brainstorming here. If Tina Fey does ascend to Jon Stewart's Daily Show thrown, she'd be the first female late night host and isn't it about time we've had one of those? Comedy Central: give the American people what they want!