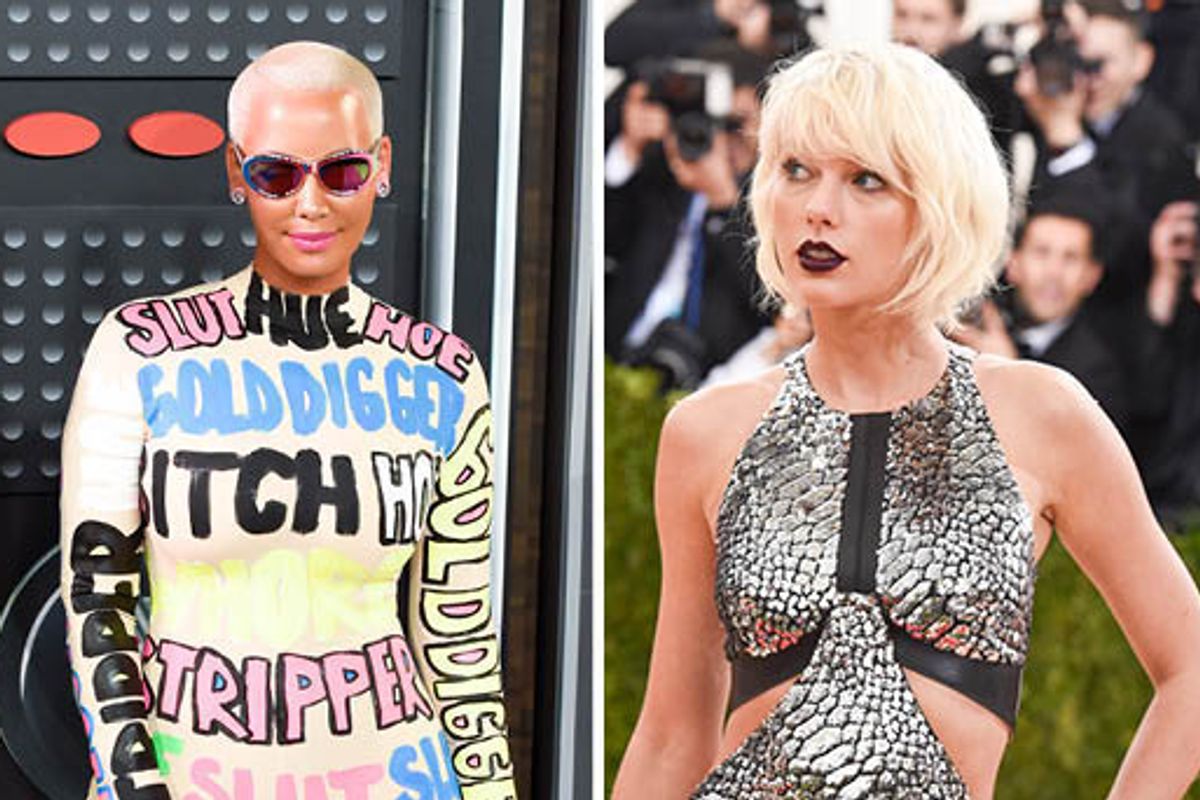 Amber Rose: "Taylor Swift Does Not Need Time To Let Her Pussy Rest"

Muva superior Amber Rose is not the one to let an instance of celebrity slut-shaming go unanswered. In an interview with The Daily Beast promoting her upcoming VH1 talk show, Rose defended Taylor's recent bright white LL Bean makeout session with Tom Hiddleston, which directly followed the announcement of Swift's breakup with defeated electro-Canadian Calvin Harris.

The interviewer asked Amber if she had seen Hiddleston and Swift's beachside Nilla Wafer erotica, and she replied:

"I did see that and I think she's fucking awesome. I mean, I don't know if it's staged—but that's how it is! I was on a private beach in Maui—you literally had to drive three hours from the airport to get to this beach—and paparazzi still caught me. I saw it on TMZ the next day and I couldn't even believe it. I thought that was a safe place, and it was not. I can't go anywhere in the world. It's ridiculous. I love Taylor, for sure. Absolutely. And I feel like guys do that all the time—they break up and the next day they're with another girl and nobody really says anything. But with Taylor it's, you know what, I'm done with Calvin [Harris] and it didn't work out, so on to the next. It is because it's unheard of, and she's acting very 'slutty' and for some reason needs time to 'let her pussy rest.' That's how people look at it, and it's just like, hell no! If I'm done, why do I have to sit in the house and be lonely?"

Let's just hope that Rose's defense of wide awake pussy doesn't upset the fragile detente she has with Kim Kardashian, who came out for Tay Tay blood in her GQ profile this week.