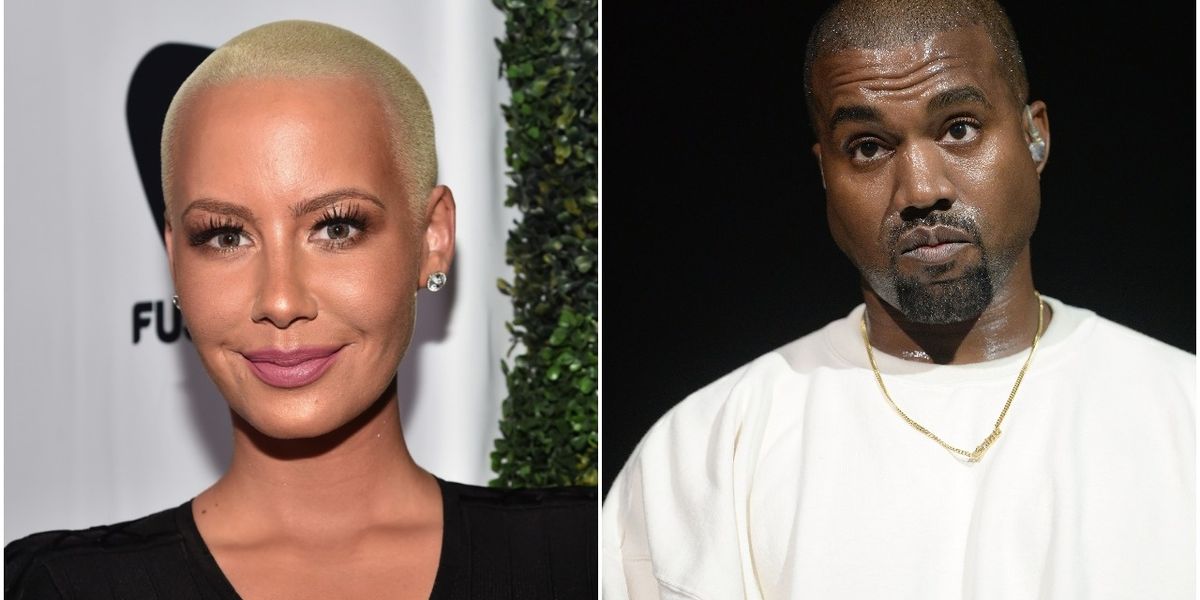 Amber Rose is opening up about how ex Kanye West "bullied" her for 10 years.

Earlier this week, the star reflected upon their two-year long relationship and the way West has continued to publicly slut-shame and bad-mouth her years after their split.

"He has picked on me for 10 years. He has bullied me for 10 years," Rose told Adam22 on his "No Jumper" podcast, before mentioning the derisive comments he recently made about her at a presidential campaign appearance.

"He just called me a prostitute at his rally. Ten years later. Just leave me alone. I don't talk about you," she said, before adding, "Obviously, it comes up in interviews 'cause it's a big part of why I'm famous so I try to give good interviews and not shy away from that. But at the same time, it's like, 'Bro, leave me alone.'"

And while she admitted that she was a little "concerned" about him, she also said that what he does is no longer her business. That said, the one thing Rose did offer her opinion on was West's controversial friendship with Donald Trump — something she said made sense given that they are one in the same.

"I can see why he loves Trump, they're twinsies, they're the same person," she explained. "There's things that Trump says and I'm like, 'Oh my God, that's Kanye.' He probably sees himself in Trump and that's why he supports him."

And though Rose continued to express surprise at his continued fixation on her — including things like his infamous claim about having to take "30 showers" after they broke up — she eventually chalked it up to his "narcissism." Especially since she was the one that "opted out" of the relationship.

"I don't want my life to be like that. I'm not that type of person and I don't know if he says things to make his wife more comfortable but to slut-shame me and say you needed 30 showers?" she said, before concluding, "It's like, bro. You took me around the world. Like, since when do you need 30 showers?"

Listen to Rose's entire interview, below.