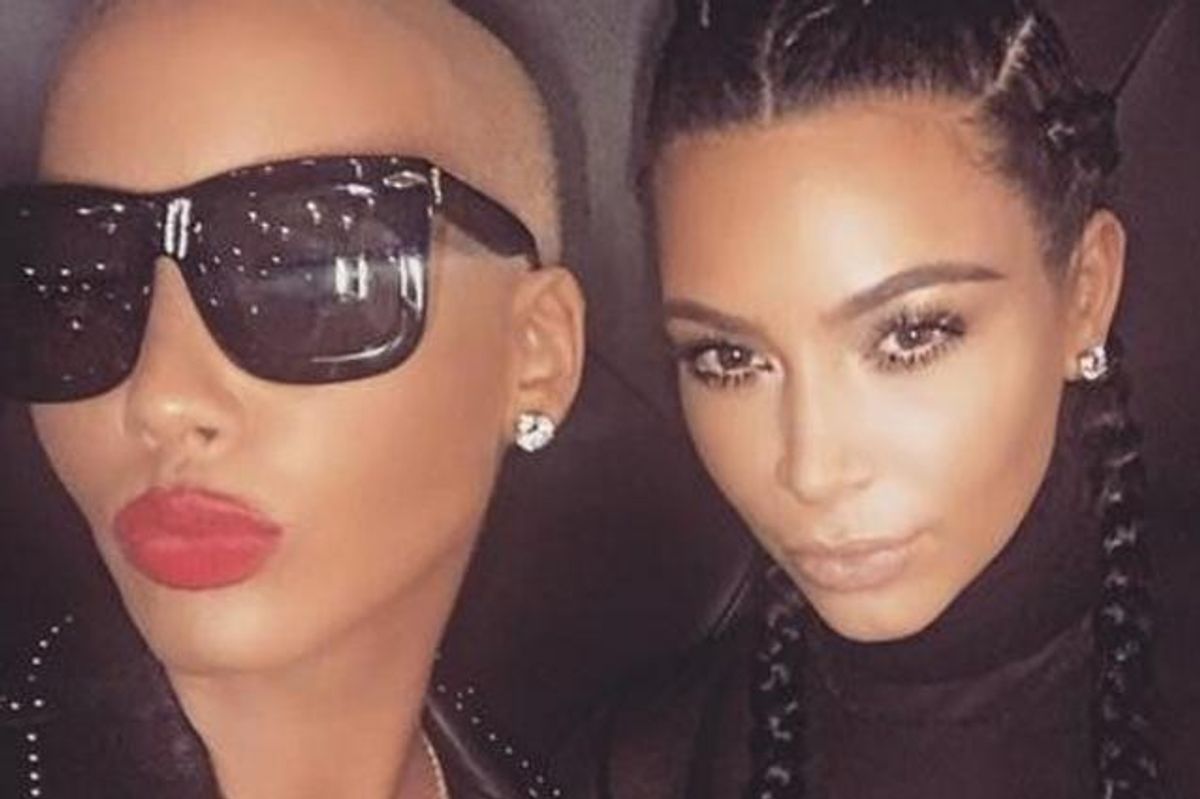 In an interview promoting her new talk show.

Is the glimmering moment that was Amber Rose and Kim Kardashian's incredible slut shaming-shutdown alliance officially over?

In a new interview promoting her forthcoming talk show on the NY Daily News, Rose said that the other sisters only "have a career... because their older sister had a little fun on tape." A reference to Kim's 2007 sex tape leak, it's a strange statement given how outspoken Rose has been about not reducing Kardashian to her sex tape. Especially after she published a much-publicized defense of Kardashian's viral nude selfie in March on Instagram that said, "Let's let the naysayers know u are so much more then a sex tape (13 years ago) fuck it own it. Ur a mom and a business woman, a wife, sister and daughter. Hope we can make this happen #AmberRoseSlutWalk2016."

If it sounds a little off to you, well, it sounds off to Rose too. In response to a Perez Hilton post about their "re-ignited" feud, Rose suggested in a tweet that the piece was being sensationalized and is a #fakestory.


Or perhaps this is all part of the roll-out plan?

After all, Rose is never one to hold back and also mentioned that she plans to talk about similarly uncensored subjects on The Amber Rose Show, saying, "I definitely wanted a platform to talk about 'sex-positive' and other issues to show people who I really am."

We reached out Rose's publicist for clarification.