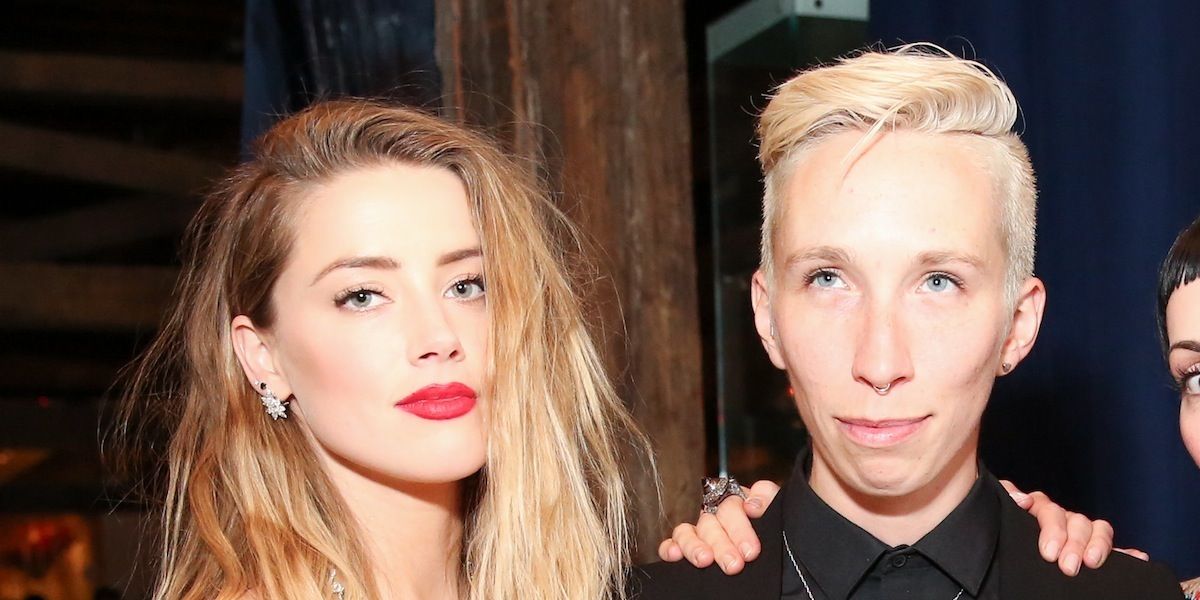 ICYMI: Amber Heard's Friend Pens Essay On Their Decision To Call The Police On Amber's Behalf

In a stirring, moving essay on Refinery29, one of Amber Heard's best friend, iO Tillett Wright, explained their decision to notify the police on the domestic violence Amber was allegedly enduring at the hands of her estranged husband, Johnny Depp.

Wright, a photographer/writer and gender activist, begins the piece with painfully direct reason: "I called 911 because she [Amber] never would."

The essay describes in depth what Wright claims is firsthand glimpses of the aftermath of Depp's alleged abuse.

The reports of violence started with a kick on a private plane, then it was shoves and the occasional punch, until finally, in December, she described an all-out assault and she woke up with her pillow covered in blood. I know this because I went to their house. I saw the pillow with my own eyes. I saw the busted lip and the clumps of hair on the floor. I got the phone call immediately after it happened, her screaming and crying, a stoic woman reduced to sobs.

Wright continues by explaining how--after becoming very close with Depp--how hard it was for them (at first) to believe that the perceived kind man they knew was capable of such things.

I understood her heartbreak. He had been my friend, too, a person I loved very much. A person I had once referred to as a brother. A person with whom I had laughed at the absurdity of the media and their spicy claims about my role in their family. A person who came to my rescue in my darkest hour, who I have credited with saving my own life, who I lived with for a year by his invitation while I healed and worked. I knew him to be soft and gentle, with a temper and a dark side, but a golden heart. I didn't want to believe it either, until I saw the wreckage.

When you call someone your brother, you also commit to calling them out when they are wrong. As she, shaking and crying, described this 195-pound man throwing the full weight of his body into head-butting his 120-pound wife in the face in a fit of rage, I found that an unforgivable line in my heart had been crossed.


Wright then takes aim at the rampant coverage of this situation, calling out the media and internet for perpetuating the terrifying and baffling trend of victim blaming.

We say domestic violence is bad, we condemn it. But as a culture, we create the most fertile breeding ground for it to thrive. The cycle of abuse is perpetuated by every person who asserts that the victim more likely punched themselves rather than addressing the very real evidence of violence in front of them. The culture of victim-blaming is the very thing that protects abusers' ability to get away with this kind of behavior.

Right now, every battered woman in the world is watching this media circus, internalizing the message that when they come forward for help, when they break the cycle, they will be called a gold digger, a cheater, and be accused of having faked it all for attention.

I'm looking at every journalist, every editor, every person who puts a comment on an article pointing an uneducated finger. You are the lynch mob. You are a deafening chorus. Your searching for an explanation for why he would have hit her sends the clear message that there CAN be a reason why someone hits their spouse.