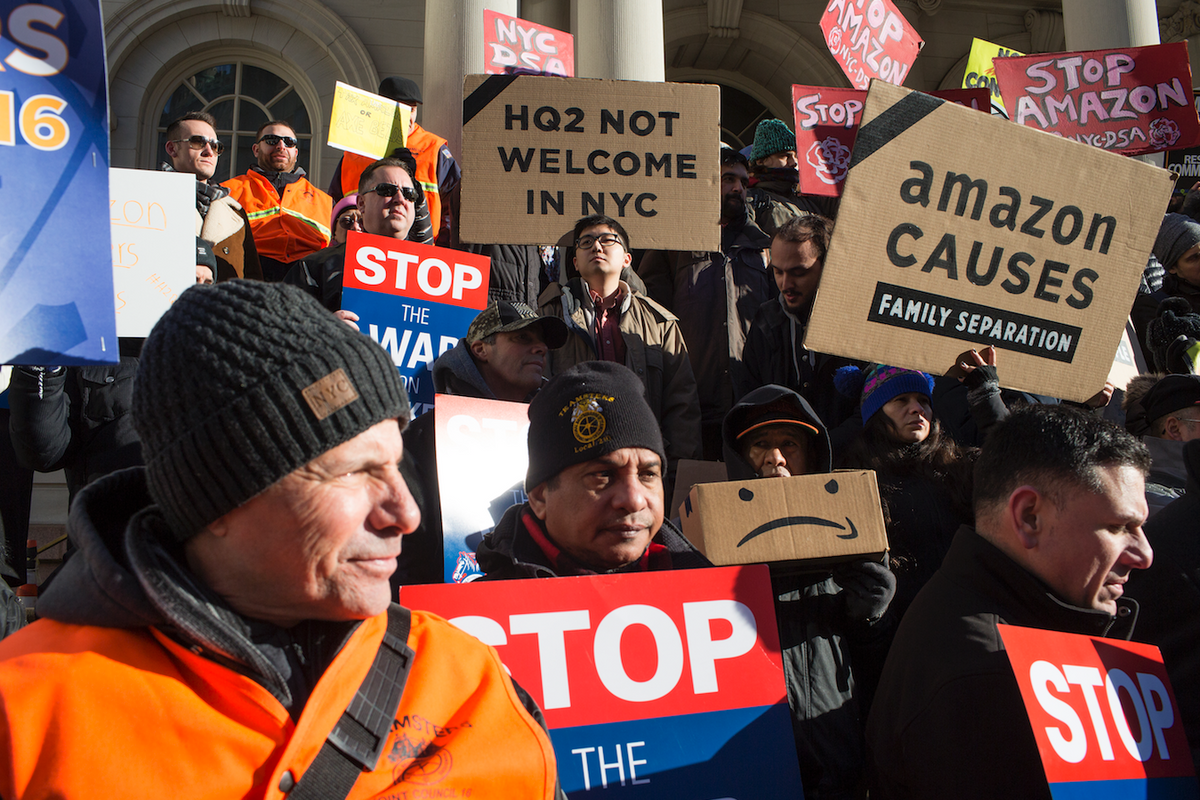 Amazon's plan to establish its new headquarters in Long Island City, Queens — bringing 25,000 new high-paying tech jobs and 25,000 new gentrifiers to the New York borough — has ignited outcry from local residents and politicians, as well as a massive grassroots resistance effort. Protestors fear inevitable displacement, rising rents and overcrowded trains, while members of the state senate, city council, as well as federal politicians like Alexandria Ocasio-Cortez and Kirsten Gilibrand are critical of the 1.5 billion in tax-breaks and subsidies, according to The Guardian, that New York City will provide to the corporation.

According to the Washington Post, other cities' enthusiasm to host Amazon projects has convinced the company to take Long Island City officials and resident's hostility more seriously. Two sources who are "familiar with the company's thinking" told the newspaper that Amazon is reconsidering the Long Island City location, where the company has not yet leased actual real estate.

Virginia officials, via the Post, have already passed an incentive package to attract a headquarters facility, while Nashville, slated for a 5,000 job project there has approved a $15 million road and sewer improvement to prepare for construction.

"The question is whether it's worth it if the politicians in New York don't want the project, especially with how people in Virginia and Nashville have been so welcoming," said the Post's source, who is familiar with the company's plans.

Amazon executives have allegedly been holding internal discussions about the various alternatives to Long Island City.

"I think now is the time for Amazon to make a decision because it has to start hiring," said the Post's source. "At some point, the project starts to fall behind."

No official plans have been made, and The Post notes: "it is possible that Amazon would try to use a threat to withdraw to put pressure on New York officials." Governor Cuomo and Mayor Di Blasio have championed the project from the get go, but the city council and state senate have been challenging top officials, and threatening various ways to veto the deals. However, if sincere, the reevaluation represents is a symbolically powerful testament to the strength of grassroots action, as well as a win for Queens locals.