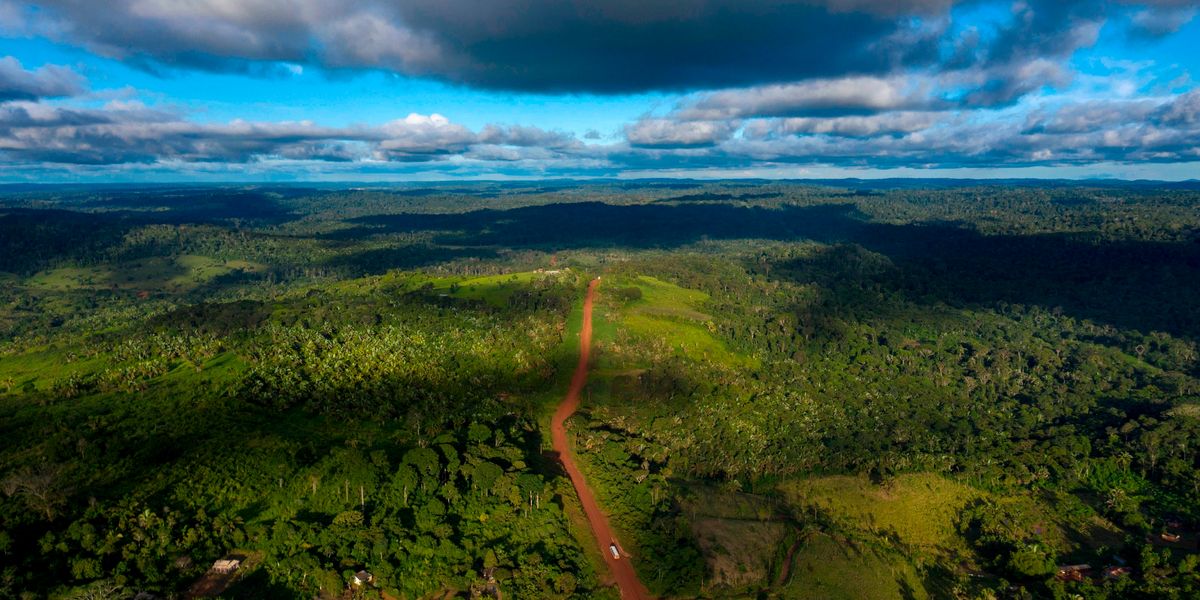 The Amazon Rainforest Is Burning at Historic Rates

The largest rainforest in the world — the Amazon in Brazil — has been burning at a record rate for three weeks, yet the news has hardly gone as viral as that of the Notre Dame fire, or even an outdated Instagram scam.

Recent images show a raging line of fire burning through the Amazon rainforest's lush green landscape. Its blanket of smoke reached São Paulo, a city more than 1700 miles away, enveloping the afternoon sky with smoke and ash. As the global temperatures continue to rise at a devastating rate, it is sadly uncommon for forest fires to occur during drier seasons, as recently seen in Siberia, the Canary Islands, Alaska, Greenland and California in 2018.

Related | We Are Potentially Facing a Climate Crisis by 2040

Alberto Setzer, a researcher at Brazil's National Institute for Space Research (INPE), told Reuters, "The dry season creates favorable conditions for use and spread of fire, but starting a fire is the work of humans, either deliberately or by accident." Studies have shown that the alarming fires of the Amazon rainforest did not stem from unprecedented warmth and dryness, but from the human practice of slash and burn, an illegal deforestation effort to clear land for farming and cattle ranching. According to BBC News, satellite data shows that due to deforestation, a "football pitch" of the Amazon rainforest is lost every minute. The INPE has approximated an 84% increase in forest fires on the same period in 2018. GreenPeace Brazil also mentioned that fires have increased in areas most affected by deforestation. Many blame the accelerating forest destruction on Brazil's President, Jair Bolsonaro, for his policies favoring development over conservation, ever since he took office in January.

As the largest rainforest in the world, the Amazon acts as our planet's lungs, producing more than 20% of oxygen into the Earth's atmosphere. It also acts as a vital carbon store that helps slow down the pace of global warming, by sucking up 2.4 million metric tons of atmospheric carbon annually. As the fires keep on raging, we are facing the sad truth that the Amazon is dying; this means we are dying too. If this is not a viral trending topic, for the sake of our existence, we have to make it one, before it's too late.