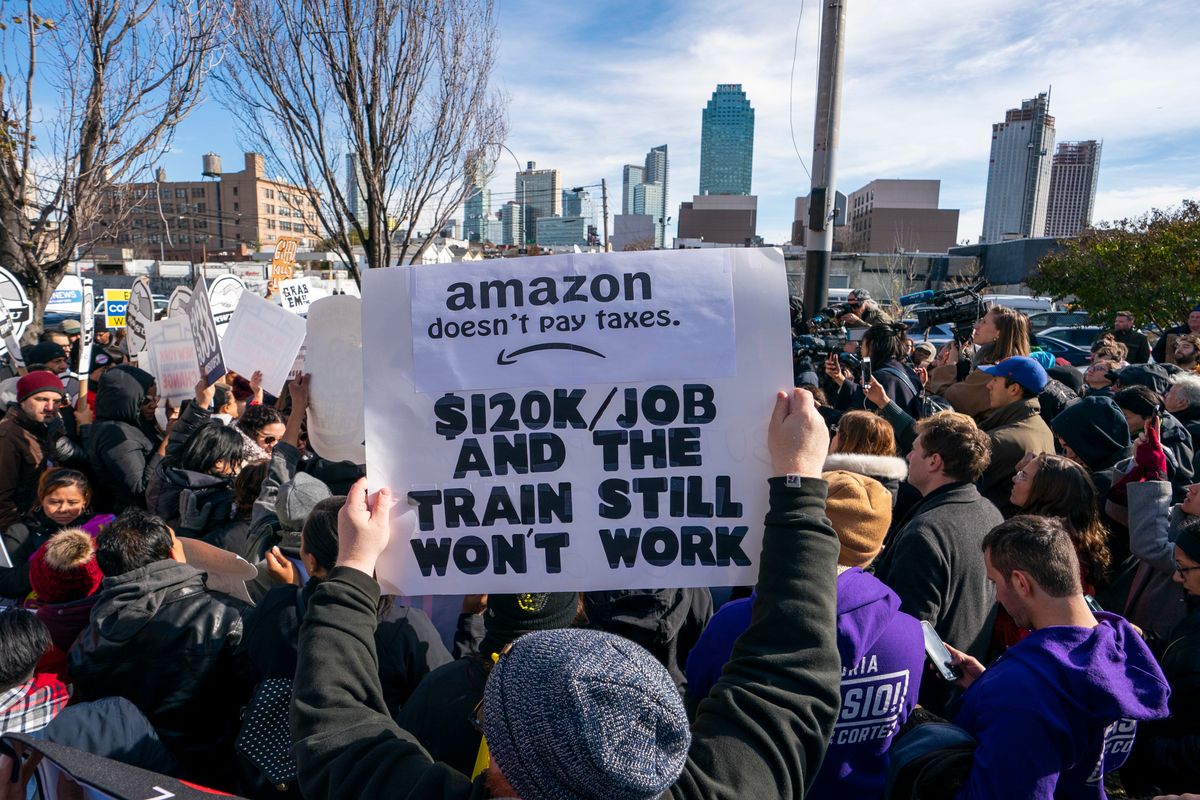 Approximately a week after it was leaked that Amazon was reconsidering its Long Island City, Queens campus, the tech giant has officially announced that it has canceled its plans to place a corporate headquarters in New York City, reports the New York Times.

The decision follows intense backlash from local politicians, union leaders, and anti-gentrification, housing rights and transit justice activists. For months, this de facto coalition has protested the 3 billion dollars worth in subsidies and incentive packages that the city was offering the company. Governor Andrew Como and Mayor Bill De Blasio had championed the deal, while New York city council and state senate politicians were creating roadblocks.

"A number of state and local politicians have made it clear that they oppose our presence and will not work with us to build the type of relationships that are required to go forward," Amazon said in a statement.

Currently the company is stating that they will not seek an alternate headquarters location, instead hiring and growing among their existing facilities.

Amazon had promised that the deal would bring 25,000 jobs to New York City. Local opponents of the deal said these jobs would inevitably cause rising rents and displacement, without benefitting Long Island City residents.

All week, De Blasio and Como, according to the New York Times' sources, held damage control meetings, trying to broker a compromise between Amazon and labor leaders, some of whom were willing to work with Amazon, if they company agreed to respect the right to unionization of its employees in New York. Amazon refused to meet these terms, and by later that day, had finalized the decision to pull the plug.

Cuomo and de Blasio are divided in the aftermath of the announcement. Governor Cuomo has condemned Democrats for derailing the project:

"A small group of politicians put their own narrow political interests above their community — which poll after poll showed overwhelmingly supported bringing Amazon to Long Island City — the state's economic future and the best interests of the people of this state" he said in a statement, via the Times.

While de Blasio has reversed his initial support of the deal:

"We gave Amazon the opportunity to be a good neighbor and do business in the greatest city in the world," De Blasio said, according to the Times. "Instead of working with the community, Amazon threw away that opportunity."

Many are celebrating the decision as a win for progressive politics, grassroots organizers and the labor movement, while others feel the deal should have been negotiated rather than dropped altogether.

The deal could have been improved. There were legitimate concerns raised and aspects that I wanted changed. I was r… https://t.co/NJoRHcbCY6
— Carolyn B. Maloney (@Carolyn B. Maloney)1550168562.0