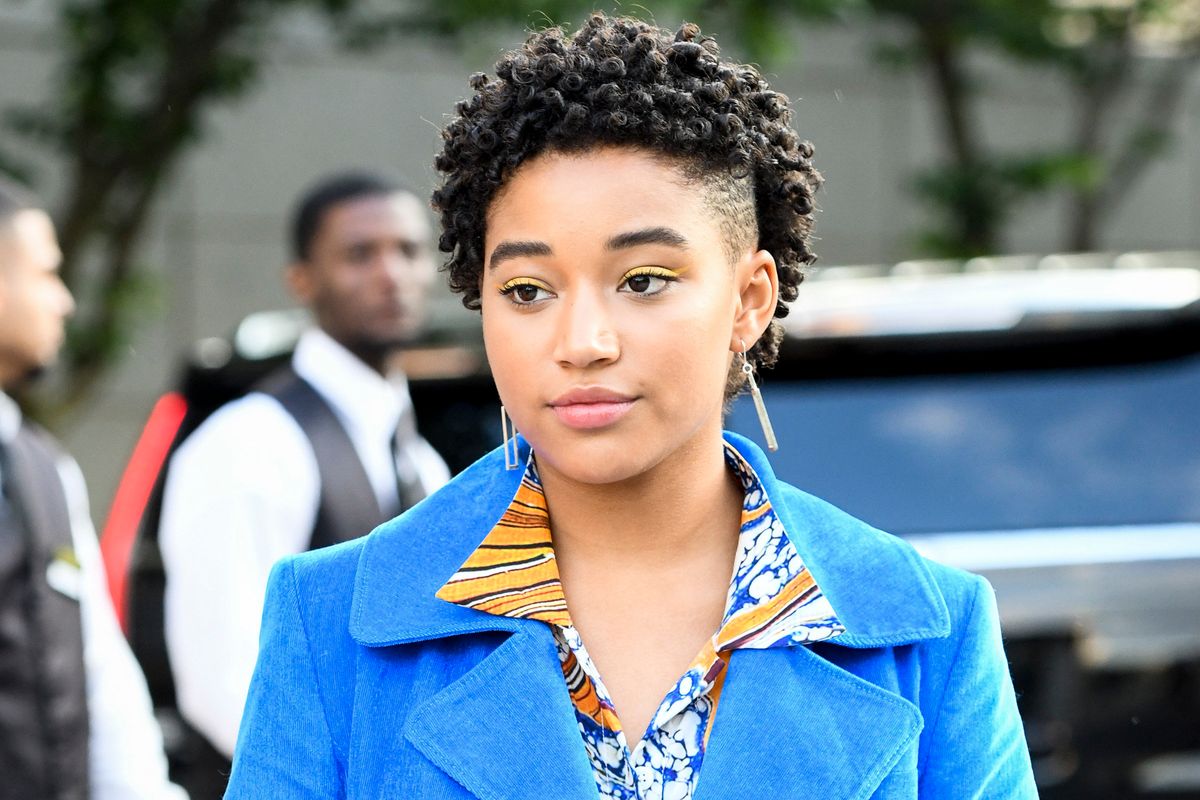 Actress and activist Amandla Stenberg, whose teen epic The Hate U Give is in theaters now, penned a moving essay for Teen Vogue about her own sexual assault. Stenberg was inspired to speak out after watching Christine Blasey Ford's powerful testimony, which she wrote "pushed me and so many others to move through discomfort that we'd buried."

Stenberg detailed multiple sexual assaults, including one that happened when she was a young teenager, and how people are ingrained to seek male approval, often dismissing their own trauma in order to avoid causing a fuss.

"My assaulter was someone who was respected by my peers and had invited us into his space," she wrote. "It seemed to me that often the trade-off of being invited into spaces by these sorts of cis straight men and getting their approval was the acceptance that what I had to contribute was the value of my body as a woman. Implicit within that was the notion that, because my body served such a transactional purpose, it was no longer just my property."

Stenberg dedicated a significant portion of the essay to an explanation of why people don't report their sexual assaults. Much of the commentary surrounding Ford's testimony focused on why it took her years to come forward; Stenberg used her platform to thoroughly address why reporting sexual assault is so difficult, if not impossible.

"The moment you speak out about assault, you've entered a battle where you've been appointed defender of your own legitimacy. You are given the responsibility of, after having just been subjected to devastating trauma, navigating impossible protocols, lest you be charged as the culprit in your own attack. You're damned if you do and damned if you don't. Damned to subject yourself to physical and public scrutiny, more vulnerability, and social repercussions, or damned to allow the residual feelings to fester inside. Either way, you sacrifice comfort and safety within your own body, and sometimes it's easier to just keep that pain to yourself and hope it goes away. And that is understandable and OK. We should not be condemned for being unsure of how to move through pain."