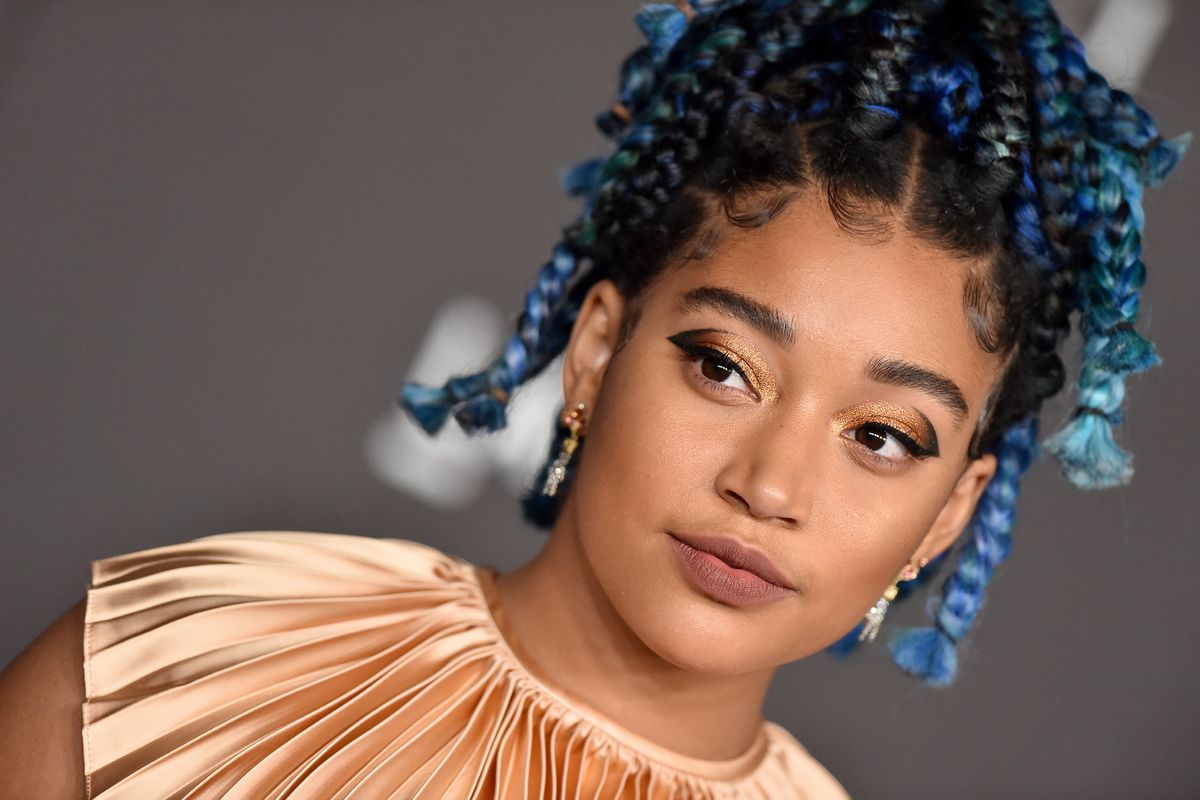 Amandla Stenberg has officially been tapped to play Alana in the big-screen adaptation of Tony Award-winning Broadway favorite, Dear Evan Hansen, which explores themes of grief, loss and anxiety through one high school "misfit's" experiences.

It's also rumored that Ben Platt will reprise his role as the titular character, Evan, while Booksmart's Kaitlyn Dever has been in talks to play Zoe, Evan's love interest.

In the musical, Stenberg's character, Alana Beck, is the ambitious, overachieving high school senior whose cheery, competent public persona often masks her deep loneliness and feelings of isolation. Alana spearheads the "Connor Project," which starts as a memorial page for a late classmate, but turns into a form of connection for many struggling with feelings of depression across the Internet. In the movie adaptation, we can expect to see an even more expanded version of the original role.

Most notably, Alana is one of the few mainstream musical theater roles that features a dark-skinned actor. So the decision to cast Stenberg came as quite a surprise, leaving the internet to once again question Hollywood's history of colorism.

Annnnnd just like that I've lost interest in the Dear Evan Hansen movie. Why would the cast Amandla Stenberg

I swear if she is Alana Beck... I’m getting sick and tired of seeing Amandla Stenberg (a VERY mediocre actress) being cast in roles meant for darker skin. I’m getting tired of colorism in Hollywood https://t.co/hUEmf5CMCn

Amandla stenberg when she finds a role meant for a darkskinned woman pic.twitter.com/9wcYmbN37w

People even went so far as to create change.org petitions in an attempt to persuade the casting directors to reverse their decision.

Stenberg has been vocal about their decision to play, or forgo, certain roles in the past, including with the major Marvel picture Black Panther. Though they were almost cast in the film, the actor felt as though it wouldn't be right as a bi-racial American to assume a Nigerian accent and take up a role meant for dark-skinned artists.

"I recognize 100% that there are spaces that I should not take up and when I do take up a space it's because I've thought really, really critically about it and I've consulted people I really trust and it feels right," Stenberg said in a 2018 interview with Vanity Fair.

While there's no guarantee casting directors will respond to the internet backlash, for now, people are making alternative casting suggestions, including tossing former Disney star China Anne McClain's name into the mix.