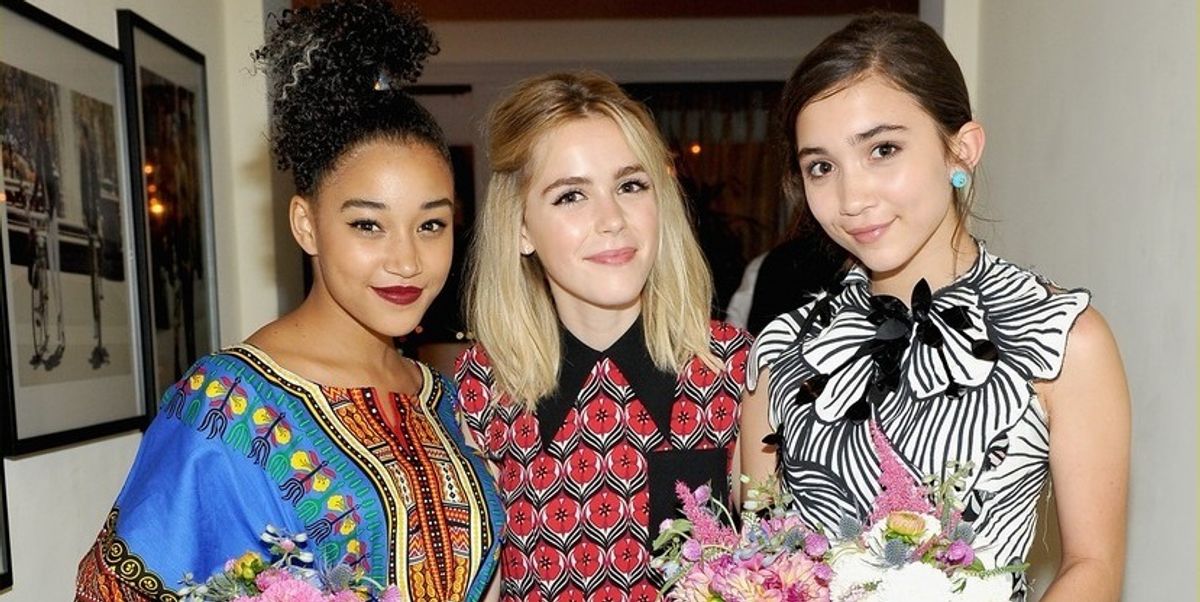 The Ms. Foundation for Women has just named both Amandla Stenberg and Rowan Blanchard "feminist celebrity of the year" for speaking out about intersectional feminism and gender inequities over the past few months.

Determined from votes collected in an online survey, the two teens' wins are well-deserved. After all, lest we forget, Stenberg made headlines several times this year for giving the Internet at large a lesson in cultural appropriation and respect via her viral Don't Cash Crop On My Cornrows video, as well as for creating her own comic book starring a mixed-race superhero. Blanchard has also blossomed into an incredible role model this year, penning a well-informed essay on intersectional feminism and the importance of the movement being inclusive -- which was greeted with much acclaim by older feminists of all races.

So we have to agree with the Ms. Foundation, as we can't think of two more deserving women. Congratulations, Rowan and Amandla!