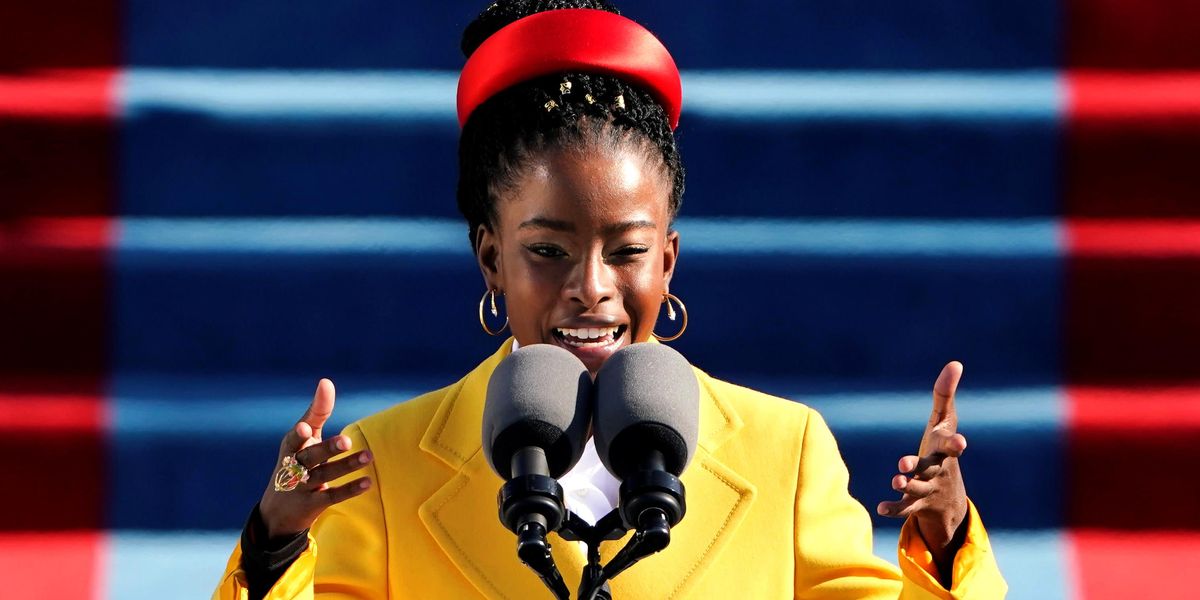 Amanda Gorman made history as the youngest poet to ever recite her work at a U.S. Presidential Inauguration, and now — less than a month later — she's done it again.

Gorman is the first poet to ever perform at the Super Bowl. The 22-year-old appeared just before the big game's coin toss and delivered a poem honoring essential workers. It was specifically written for the three heroes named honorary captains: Educator Trimaine Davis, nurse Suzie Dorner and Marine veteran James Martin.

She tweeted before the event, "Poetry at the Super Bowl is a feat for art & our country, because it means we're thinking imaginatively about human connection even when we feel siloed. I'll honor 3 heroes who exemplify the best of this effort. Here's to them, to poetry, & to a #SuperBowl like no other."

Poetry at the Super Bowl is a feat for art & our country, because it means we’re thinking imaginatively about human… https://t.co/swewmTOQUj
— Amanda Gorman (@Amanda Gorman)1612732218.0

Her pre-recorded performance of "Chorus of Captains" also featured the three captains, in their element on the frontlines.

Gorman told Trevor Noah in an interview: "It's not an extant possibility that a poet will be at something like the Super Bowl, it's just nothing I have really heard about before. And so these are the moments I strive for in my lifetime, which is to bring poetry into the spaces that we least expect it, so that we can fully kind of grapple with the ways in which it can heal and kind of resurrect us."

Aside from Gorman, H.E.R. also gave a show-stopping performance before the game. She sang "America the Beautiful," with a stunning guitar solo. Watch the artist's performance, below.