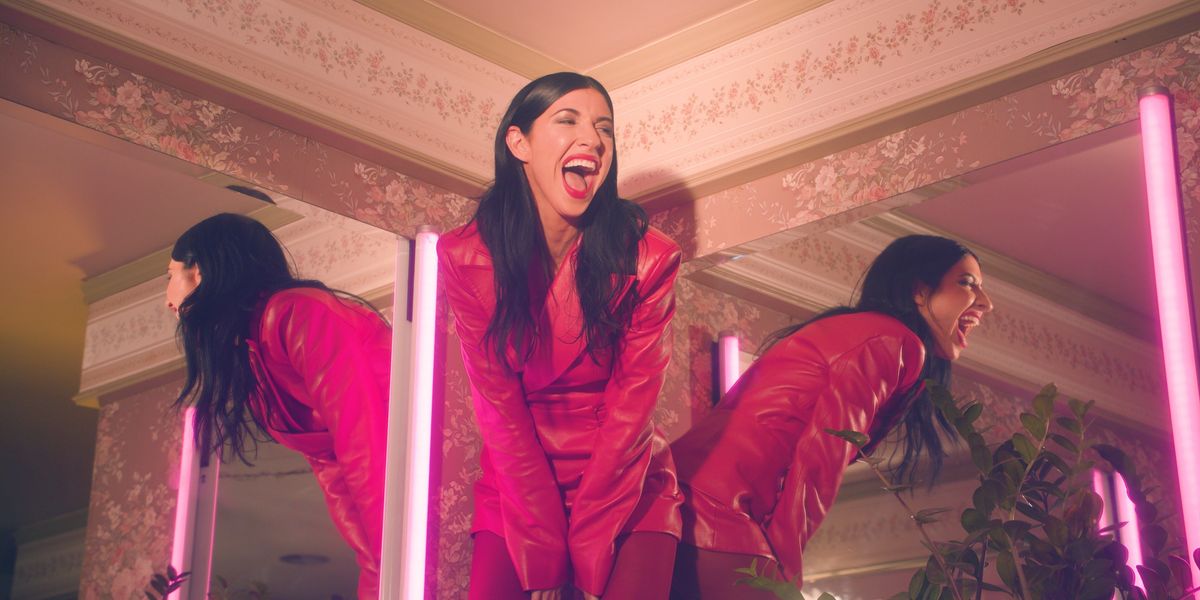 It's been a decade since we've formally heard new music from Amanda Blank, a Philadelphia musician who came up in the electro-clash and performance art scenes of the mid-2000s. The singer, rapper, and songwriter, along with acts like Santigold and Peaches, who she has toured with, was at the forefront of a playful, brash vocal style that folks from Kesha to the Millionaires are indebted to. Blank showcased those chops with her full-length debut, 2009's wildly fun I Love You.

In the years since, she has appeared on collaborations with the likes of Spank Rock and Diplo's Major Lazer project, but she is now ready to reclaim the spotlight more fully. Blank's emotional new track, "Put Me Out," premieres today on PAPER, and is the first taste of her forthcoming album, The Ruiner, which was recorded in her teenage bedroom. To capture that youthful nostalgia, The Ruiner pulls inspiration from the musical heroes plastered on Blank's bedroom wall, and utilizes the talents of her brother Steven and her earliest childhood friends, who all helped create it. But the production on the album is all Blank.

"Put Me Out" is a breath of fresh air in an increasingly digital pop landscape. At its core, it is a starry-eyed love song, reminiscent of your '90s high school prom, where the coolest girl in school played live. It incorporates AM radio rock with electric riffs in Blank's confessional verses, before slowing to a dreamy Mazzy Star-esque swing for the chorus. "If I had to do it all again, I'd do it on the spot," Blank exhales. She sounds refreshed, as if looking at the whirlwind of her past life and loves with newfound appreciation. And now, nothing can stop her fire from burning. "Can't put me out," she sings in the chorus, amid a gorgeous wash of melodic, multi-tracked sighs.

Of her sonic evolution from her rap-heavy beginnings, Blank says, "I love rapping. I'll always rap. I rapped yesterday and I'll rap tomorrow."

She continues: "I've had these songs and feelings inside me for a while now. When I discovered my teenage bedroom intact after all these years, trapped in time, seeing the walls plastered with photos of my heroes, reading my old, very dramatic diaries, it made me nostalgic for a time when I was sitting in that bedroom learning the guitar, writing love songs, and dreaming of starting a band. And so I did. This album is a bit like my teenage diary, channeling lost loves and late nights and a very different set of my musical influences."

Here Amanda Blank's comeback single, "Put Me Out," below.

May 17th — Los Angeles, CA at Hollywood Palladium
May 18th — San Francisco, CA at The Masonic