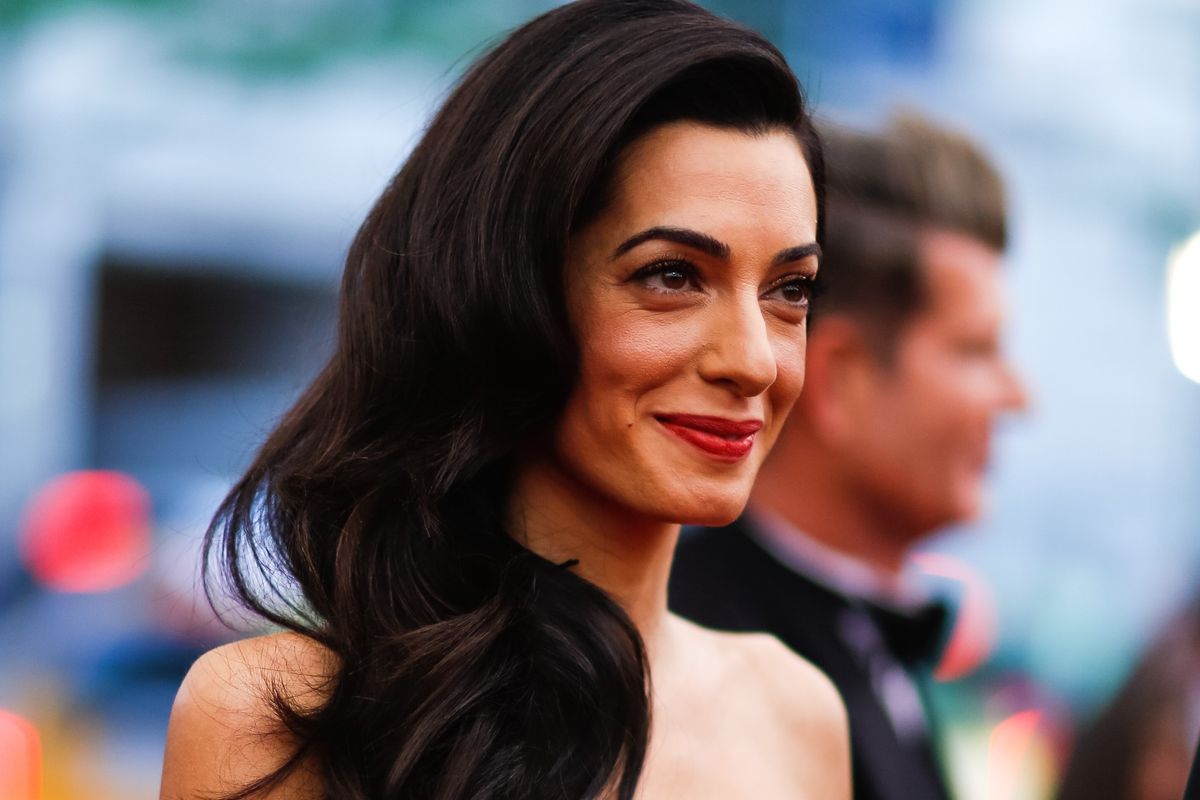 Human rights attorney and activist Amal Clooney made an appearance at the Texas Conference For Women in Austin, TX to speak on the power of feminism and women supporting each other. Clooney's speech comes at an essential time, especially with last week's devastating election, when misogyny has taken center stage (and the White House).

Clooney, who is currently representing a Yazidi refugee woman named Nadia, taking on ISIS and the atrocities they've carried out against the Yazidi people--notably forcing women into sex slavery--spoke on the importance of female connection and empathy for each other.

Clooney also revealed who her female role model is, after being asked by an audience member in a discussion with the event's host Caroll Bogert.

I think growing up my mother was definitely a role model, she was always a working woman and someone who is independent and cared about her career and cared about being independent but also had balance. She never lost her femininity and she believed the balance was important and that is something that stuck with me.

Clooney (born Amal Alamuddin) and her family were forced to flee civil war-torn Lebanon in the 1980s, and take refuge in England. Amal went on to attend Oxford University, as well as New York University, where she obtained her law degree.

Aside from her mother, Clooney also mentioned Supreme Court Justice Sonia Sotomayor, who she had a chance to work under as a clerk in the United States Court of Appeals.

When I was a junior lawyer she was incredible to watch in action in court, how she had so many cases in her head and firing questions at these lawyers standing before her. But then also on the personal side, (she) was just lovely and I was the most junior and irrelevant person in her chamber … and she was very charming and very balanced.